Becoming your own employer

Finding a new job and landing on an employer’s payroll again is not the only way to escape from unemployment. For those not afraid of stepping out on their own and using their skills and knowledge, they can start their own business and be their own boss with a trade authorisation or trade license. 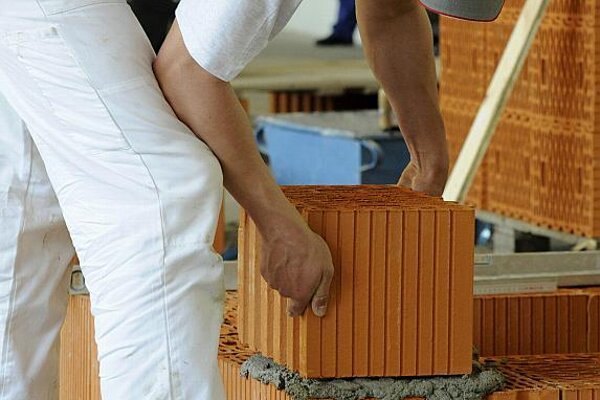 Finding a new job and landing on an employer’s payroll again is not the only way to escape from unemployment. For those not afraid of stepping out on their own and using their skills and knowledge, they can start their own business and be their own boss with a trade authorisation or trade license.

According to Slovakia’s Trade Licensing Act, a trade is any systematic activity pursued independently, in one’s own name and on one’s own account conducted for the purpose of earning income and pursued under the terms and conditions stipulated by law. Trades of any kind can be carried out by legal persons or by natural – entrepreneurs who possess the required authorisation for the business or trade they are pursuing.

In simplified terms, anyone can become an entrepreneur. More precisely, a trade authorisation can be granted to anyone older than 18 years of age, with competent legal capacity. Personal integrity – in the sense that the applicant for a trade license has not been legally convicted of an economic criminal offence, a criminal offence against property or other intentional criminal offence – is also required.

The law specifies two types of trades: trades requiring only notification, also known as notifiable trades, and licensed trades, which may be conducted only by those with a trade license and which of the two types depends on the kind of activities the entrepreneur will pursue.

A person who has decided to go into his or her own business must register with the proper authorities, according to Slovakia’s information portal, www.portal.gov.sk. The first step is notifying the Trade Licensing Office in the locale where the person’s trade activities will be conducted or in the locale where the person has his or her permanent address. Foreigners with a permanent address in Slovakia must possess a residential rental contract that specifically states that the rented apartment can be used also for business purposes.

When applying for the trade authorisation, the entrepreneur-to-be needs to define his or her trade: most trades fall under pre-defined categories, a listing of which is available at each Trade Licensing Office. Some trades are also listed in an annex to the Trade Licensing Act.

If the person fulfils the criteria under the Trade Licensing Act, the Trade Licensing Office issues a trade authorisation for the applicant within five days of application. The criteria include: a correctly completed application form; the required duty stamp (€3 for an unregulated trade authorisation, €16.50 for a craft authorisation and €33 for a trade license); and an up-to-date criminal record abstract. An applicant also must bring his or her ID card or in the case of foreigners, a valid residence permit.

If the person intends to pursue a licensed trade, the person must fulfil specific requirements, depending on the trade. The trade license is then issued to eligible candidates within 30 days from application because several authorities are involved in this approval process.

According to the Trade Licensing Act the category of notifiable trades includes crafts whose pursuit is conditional on certain professional qualifications acquired through a relevant apprenticeship. These are, for instance, goldsmithing, carpentry or hairdressing.

Regulated trades are also conditioned on professional qualifications, but acquired in a different manner, such as for civil engineering activities and operation of a travel office, driving school or pedicure salon. The full list of both crafts and regulated trades is annexed to the Trade Licensing Act.

All other trades not included in either of the two lists are called unregulated trades and they are not conditioned on stipulated professional qualifications.

To receive the trade authorisation, one’s professional qualifications are proven by a certificate of apprenticeship or by another document certifying proper completion of an apprentice training program or a relevant line of school study such as the school-leaving examination or a university diploma.

The category of licensed trades includes trades connected with certain security, health or similar kinds of work. In addition to professional qualifications, a separate condition for the pursuit of these licensed trades is reliability, which is judged according to the line of business in relationship to protection of life, health, property and rights of other persons and protection of public interests. These include, for example, purchase and sale of weapons, operation of a crematorium, currency exchange offices, and highway motor transport.

The holder of a valid trade authorisation or trade license is obligated to pay payroll taxes for himself or herself, as well as for any employees. Therefore, after obtaining the trade authorisation or the trade license, the entrepreneur must register with Slovakia’s tax office, with one of Slovakia’s authorised health insurance companies, and with Slovakia’s social insurer (Sociálna Poisťovňa) for the purposes of paying income taxes and payroll taxes, according to www.portal.gov.sk. The Trade Licensing Office usually automatically forwards the appropriate personal information to the tax office on behalf of the entrepreneur. Health insurance premiums must be paid from the start of trade activities but the social insurer must only be notified when the authorisation or license is issued – payroll taxes to the social insurance funds are voluntary during the first year the trade license or trade authorisation is valid.

According to Monika Benková from the Labour Ministry’s press department, the ministry provides an allowance to those citizens who start their own businesses who had been unemployed for at least three months before doing so. School graduates are also eligible for this allowance. The amount of the allowance is €2,497.38 for entrepreneurs living in districts with an unemployment rate lower than the national average and €3,902.16 for those living in districts with higher than average unemployment rate. There is also an additional allowance for disabled entrepreneurs. By accepting such an allowance the entrepreneur is obliged to remain active in the business for at least two years, Benková told The Slovak Spectator. The allowance can be requested at the appropriate labour office.

After obtaining a trade authorisation or trade allowance it is usually recommended to open a business bank account to maintain separate evidence of income and expenditures from the trade activities.

An entrepreneur registered in Slovakia is eligible to carry out his or her trade activities across the European Union under the same conditions as a citizen of any other EU country. Following the same principle, a foreign person – who is a natural person with residential address or legal person with seat outside Slovakia – may pursue his or her trade in Slovakia under the same terms and conditions and within the same scope as a Slovak citizen.