Despite the global economic downturn, the strategic appetite of investors who are already operating in central and eastern Europe (CEE) and the Commonwealth of Independent States (CIS) to remain in the region is strong, according to a recent survey looking at these firms’ investments in the human resources sector. More than half of those surveyed are likely to stick to their original HR investment plans; less than half decided to postpone these investments; and only a very few have decided to stop investing in the human resources completely. Overall, firms seem to have maintained their confidence in the significant long-run potential of the region, according to this 2009 survey conducted by Amrop, a human capital consulting company. 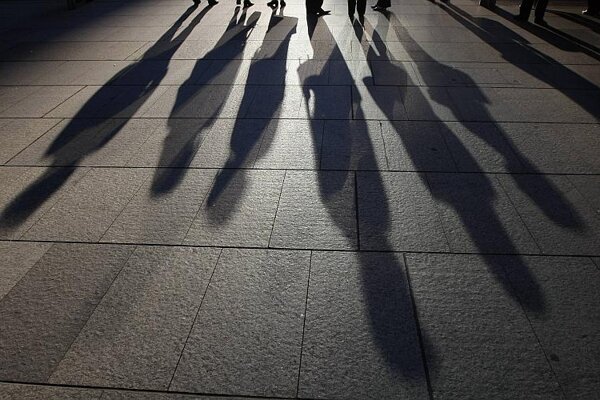 Despite the global economic downturn, the strategic appetite of investors who are already operating in central and eastern Europe (CEE) and the Commonwealth of Independent States (CIS) to remain in the region is strong, according to a recent survey looking at these firms’ investments in the human resources sector. More than half of those surveyed are likely to stick to their original HR investment plans; less than half decided to postpone these investments; and only a very few have decided to stop investing in the human resources completely. Overall, firms seem to have maintained their confidence in the significant long-run potential of the region, according to this 2009 survey conducted by Amrop, a human capital consulting company.

Amrop surveyed the human resources agenda of leading companies already established and operating in CEE and CIS and compared their last five years’ key priorities with their main concerns today, as well as their ambitions and targets for the five-year period until 2014.

Upgrading and restructuring of sales and marketing functions came first in the ranking of the firms’ priorities to recover performance in the region, ahead of cost-cutting programs, according to the survey which solicited responses from more than 300 CEOs and regional and country human resources directors covering most industrial sectors.

Management development, personnel cost optimisation and strategic HR planning constituted the three main areas where these firms are willing to concentrate their attention through 2014, according to the 2009 survey, which asked about several key areas of strategic human resources management: regional governance (centralisation vs. decentralisation), expatriate policy, talent management, training and development, executive search and recruitment.

Attracting and recruiting top talent for key positions will be as difficult, or even more difficult, for the period up to 2014, despite the current downturn, in comparison with the recent fast-growth context of the region, according to 43 percent of those surveyed.

One third of those surveyed are planning to decrease their contingent of expatriates in the CEE and/or CIS region. This change in direction illustrates the desire by many employers to empower the local country’s management team and to save on costs.

The role of regional headquarters will be reinforced by 2014, with 61 percent of the respondents declaring their intention to implement a higher degree of regional centralisation in the near future. The motivation for this is mainly financial. The move towards reinforcing management control enhances savings programs and new synergies at the regional level.

While the results of the research show an emphasis on management development, 60 percent of the surveyed companies already have or plan to freeze their training budget. Senior management will look for new approaches, such as in-house engagement programs, rather than traditional executive education. For example, the respondents said the demand for internal coaching will increase in the region by 25 percent during the next five years.

Recruitment freezes and staff downsizing are the two main measures widely implemented by the surveyed organisations operating in the CEE and CIS region to restore profitability affected by the recession, with 75 percent of companies in the survey already using or planning to implement such steps.

Despite a fast-changing environment that presents difficult trade-offs and demanding new challenges, most investors said they are keeping faith in the real growth potential of the CEE and CIS regions. By attracting and accumulating significant inflows of foreign direct investment during the last decade, the CEE and CIS regions have witnessed both subsidiaries of world-class organisations as well as new key domestic players grow in these market. Some were set up from scratch by entrepreneurs, others developed through mergers and acquisitions in all sectors of the economy.

Quite often, these domestic companies or subsidiaries rapidly approached or even overcame the average performance or size of companies’ other top business units to become new worldwide benchmarks: this was connected with a boom in local demand, the speed of growth in market shares and, sometimes, unusual and exceptional returns on equity.

Some corporations had to reinvent their organisational models to satisfy the local demand, especially in the retail industry. These numerous successes reflected both the great potential of the region and the fast development opportunities, but in many cases, these had extremely short-term financial returns. In the service industry, returns lasted up to one year in comparison with five years in manufacturing. One may argue that this picture is a little idealistic and only represents yesterday’s reality. Nevertheless, potential still exists in the long run. This is why 61 percent of those surveyed did not simply change their minds nor review their investment plans, but kept an intact ‘strategic appetite’ for the CEE region despite the current downturn.

In addition to supervising their business in times of challenges, most CEOs in the region will need to embody the roles of human resources and corporate communication directors in order to engage everyone within the appropriate change dynamics.

Shaping a new vision for the future sometimes requires reinventing the business model and engaging key employees while limiting resistance to change at the same time. The new challenges also require certain leadership skills which are not necessarily the same ones that made CEOs successful during the recent euphoric years.

However, companies which look for new opportunities and alternatives to cost-cutting programs, and adopt a positive approach to their talent and business initiatives, should overcome the recession more easily than others, having prepared the groundwork for growth and recovery with a better talent advantage once the downturn is over.

Actually, the ability of any organisation to take over and further develop market shares lost by competitors will require an adequate ‘HR reservoir’, which is strong, engaged and motivated in the near future.

Therefore, human resources directors will have to show their creativity and ability to innovate to tackle the side effects of the downturn, by combining approaches that focus not only on saving money, but above all on engaging, developing and retaining top performers and talents.

At the end of the day, this talent advantage will really make the difference once the crisis is over. The winners in the upcoming years in the CEE and CIS regions will be the organisations that keep investing in top performers and talents and that are capable of leveraging performance and new growth opportunities through engagement of people, not only through cost optimisation.

In other words, enhancing key employees’ engagement and developing and retaining talents are to become the number one topics over the next five years. The challenge here is not only to successfully manage change globally but above all to guarantee the organisation’s ability to deliver sustainable performance in the near future.

Effects on the HR consulting industry

Despite concerns about retention, the survey results show that external mobility (separation rates) of key employees has not increased in the CEE and CIS regions since the beginning of the recession. In fact, retention is perceived as a major and more difficult issue to cope with for the upcoming five years. Almost half of respondents believe that the risk of losing staff is greater today than before the crisis.

Actually the risk of losing valuable managers is higher in the case of best performers and high-potentials for two main reasons. First, these categories of employees are usually aware of their market value and confident when applying for new positions, whether hunted by HR consultancies or not. Second, thanks to the depressed labour market and companies’ reactions to it, competitors can more easily recruit skilled and experienced talent, who are more difficult to recruit in more prosperous economic times.

One reason high achievers are more likely to leave their employer in a crisis stems from the way a company treats employees who either stay or are asked to leave; those who stay can be adversely affected psychologically if layoffs are not handled well and will carry these memories into better times when job offers might be more plentiful. Thus, the feeling of affiliation to the team and to the company depends a lot on the management style and the dominant behaviours.

One usual but unavoidable consequence of the downturn is decreasing confidence of employees toward the near future and their employers’ ability to guarantee their professional growth and/or stability in the mid-term. With some exceptions, this statement is also valid among top performers, talents and high-potentials.

But this phenomenon is somehow amplified in the CEE and CIS regions, as local employees are much more concerned with short-term rather than long-term perspectives, which are connected to cultural and historical roots. This short-term orientation greatly influences the level of commitment and engagement at work today, which tends naturally to decrease in organisations.

This disengagement also appears to be stronger during restructurings, which has become a major concern for most companies in the region, as this can have a significant impact on productivity, quality and customer care. For the same reason, the risk of losing talents and top performers increases.

This risk is particularly serious in the CEE and CIS regions as 45 percent of the respondents in the Amrop survey estimated that the identified populations of talents, high potentials and best performers were simply not yet managed, as such, in their respective organisations. One third even emphasized an absence of appropriate retention policies.