The economic crisis has already left a large number of Slovaks jobless and the prospect for the near future is gloomy with unemployment expected to grow higher over much of 2010. Another piece of bad news is that the number of vacancies is very low, providing just a small chance that jobseekers can find a job in their previous profession. Retraining programmes provide new skills or enrolling in formal education courses to broaden one’s base of knowledge is a way for unemployed persons to improve their chances at reintegration into the labour market. 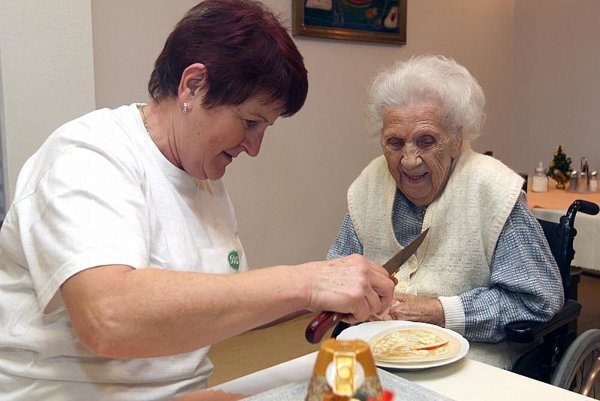 The economic crisis has already left a large number of Slovaks jobless and the prospect for the near future is gloomy with unemployment expected to grow higher over much of 2010. Another piece of bad news is that the number of vacancies is very low, providing just a small chance that jobseekers can find a job in their previous profession. Retraining programmes provide new skills or enrolling in formal education courses to broaden one’s base of knowledge is a way for unemployed persons to improve their chances at reintegration into the labour market.

“Education and preparation for the labour market, including retraining, is an important part of active labour market measures which help unemployed, jobseekers and mothers on maternity leave to integrate back into the labour market,” Peter Zeman, the spokesperson of the Centre of Labour, Social Affairs and Family (ÚPSVAR) told The Slovak Spectator.

Retraining provides a better chance to those who have recently lost a job as well as those who have not been working for a longer period of time. The high number of long-term unemployed is a particular sore point on the Slovak labour market, with the number of people remaining unemployed for over one year amounting to 140,116 or nearly 37 percent of the total number of unemployed Slovaks – 379,553 in December 2009 according to ÚPSVAR data.

Michal Páleník, the director of the non-governmental Employment Institute, which deals with policy issues concerning employment and unemployment, agrees that retraining is a necessary and inescapable instrument to influence the labour market, as it enables a balance in the structures of supply and demand on the labour market.

“But it must be done systematically, regularly and in particular with a vision, and not ad hoc,” Páleník told The Slovak Spectator.

When assessing the current effectiveness of retraining programs in Slovakia, Páleník cited statistics that less than 5 percent of the unemployed have undergone any kind of retraining. Moreover, these retraining courses were offered very irregularly.

According to the TA3 newswire, over 12,000 people attended retraining courses in 2008 but available funds are the limiting factor in the number of courses provided.

ÚPSVAR implements its agenda of education and preparation for the labour market in close cooperation with regional offices of labour, social affairs and family and it is those offices which decide about the exact composition of courses. Regional offices, according to Zeman, can provide a jobseeker with various kinds of retraining if he or she lacks professional knowledge or has no skills at all, is unable to find a job using his or her current qualifications or has lost the ability to perform in his or her chosen or past occupation.

Regional offices annually prepare a plan of education and preparation of jobseekers for their own labour market, based on which they organise education courses, retraining programmes and design ways to reintegrate jobless persons back on the labour market. Jobseekers can either attend retraining and educational courses organised by the regional offices or they can request repayment for the costs of a course they attended, not organised by the office. Along with covering the entire cost of retraining regional offices also pay travel and boarding costs and persons who attend are entitled to some social benefits.

So far these activities have been covered via national projects funded by the state budget with support from the European Social Fund.

“Currently, we have two new national projects: NP III 2/A and NP III2/B are being launched,” said Zeman, adding that these will cover retraining and preparation for the labour market in the near future. “85 percent of the new projects will be financed by the European Social Fund and the remaining 15 percent will be covered by the state budget.”

Types of programmes and skills

The regional offices organise retraining and other educational courses after undertaking analyses of the knowledge level of job seekers, the economic prospects of the region, the number of those interested in retraining, concrete promises of employers and other factors. For example, the regional office in Námestovo plans to hold courses in 2010 focused on working with PCs, bookkeeping, office skills, management and doing business, service skills and technical skills for blue-collar jobs, Alena Volčeková from the Office of Labour, Social Affairs and Family in Námestovo told The Slovak Spectator.

In these courses jobseekers can learn how to launch a business or engage in the tourism business as well as acquire the qualification to be a cosmetician or learn the skills of a nurse. Further, jobseekers can learn skills such as how to operate a fork-lift truck or to weld or broaden their chances to find work by extending their existing truck driving licence, for example.

“Interest in nursing, which enables a person to get a job abroad, has been increasing significantly during the recent past,” Valéria Vyletelová, an assistant in the Office of Labour, Social Affairs and Family in Lučenec, told The Slovak Spectator. “For jobseekers here, this is often the only possibility to get employment because our region offers only a few vacancies.”
A small survey which The Slovak Spectator addressed to the regional labour offices in Bratislava, Košice, Lučenec, Námestovo and Revúca showed that PC skills, nursing, welding and security services are among the most popular courses.

The regional labour offices select the organisations to hold and teach the retraining courses through public procurement. After completing a retraining course the offices monitor the graduates to see if they have been able to find a job.