Employee education – a benefit and a necessity

Cutting costs was the topic of the day throughout all of last year, when companies in all economic sectors searched for ways to prevent the economic crisis from cutting too severely into their bottom line. Surveys suggest that some companies sacrificed additional training courses for their employees in order to save funds but some observers suggest that employers are only using alternative methods of education and are targeting their expenditures better by focusing more on education and training key employees. 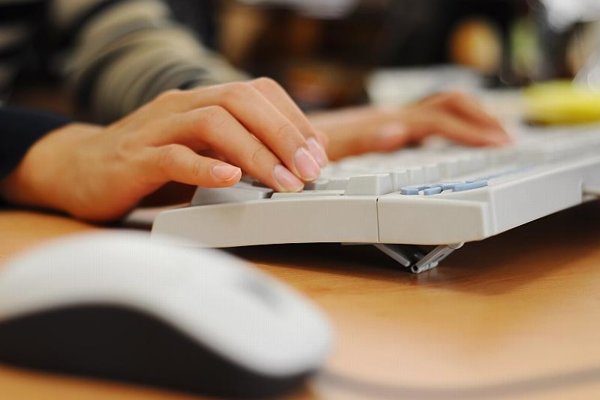 Cutting costs was the topic of the day throughout all of last year, when companies in all economic sectors searched for ways to prevent the economic crisis from cutting too severely into their bottom line. Surveys suggest that some companies sacrificed additional training courses for their employees in order to save funds but some observers suggest that employers are only using alternative methods of education and are targeting their expenditures better by focusing more on education and training key employees.

The level of both financial and non-financial benefits provided to employees significantly dropped over the course of 2009. According to the Merces.sk internet survey of salaries, non-financial benefits for employees dropped by up to 13 percent year-on-year in 2009 – and the biggest drop was recorded in the benefit category of employee training, as the number of survey respondents who said they received education programmes or courses from their employer as a benefit fell from 40 percent in 2008 to 29 percent in 2009.

According to Zuzana Kaňuchová, the personnel manager of the Profesia.sk job portal, which also manages Merces.sk, companies definitely want to continue to invest in the professional development of their employees, but the question is how much are they able to spend for this purpose at this particular time.

Demand expected to revive in 2010

Providers of courses in professional skills and foreign languages for companies agree that the demand for their services dropped in 2009, but expect the situation to improve over the course of this year.

Irena Vavrincová from Európsky Vzdelávací Inštitút (EVI) said that the most significant decline in the demand for courses came in the first half of 2009 but that there was a slight revival towards the end of the year, especially for language courses.

“We expect demand in the area of corporate education to be more significantly revived in the second half of 2010, when economic growth will already be visible,” Vavrincová told The Slovak Spectator.

In contrast, Mariana Janceva from BPP Professional Education said that in terms of professional qualifications training there had been a only a minor effect but she added that training businesses tend to be affected later in the economic cycle in comparison with other businesses.

“People who started studying for a certain qualification in the good times will want to finish it,” Janceva explained. “But in the past year, fewer people are being employed and the impact of this will affect training companies such as BPP later.”

Anna Čermáková from KNO Slovensko opined that the interest of employers to invest in the professional development of their employees has not changed significantly because of the crisis. What did change is the overall financial capability of many companies, but nevertheless Čermáková thinks that “the need for the development of employees keeps resonating in the minds of responsible managers, despite the fact that it moved from the active interest level to passive.” She added that she regards it to be a natural phenomenon and rather temporary.

The courses still in demand by employers were managerial trainings for middle management, such as communication skills or team building training, said Vavrincová, adding that language courses continue to be high on the list of desired programmes, particularly business English and Russian are among the most popular.

EVI also reacted to the crisis by introducing new courses in its portfolio, namely training in cost savings during the downturn and alternative tools focused towards care for employees.

Kaňuchová said there are ways for the employers to provide the benefit of education for their employees and still save financial resources. Some companies, for instance, use specialists from within their company and ask those employees to share their knowledge and skills with colleagues at internal training courses. For more demanding courses, such as language courses, employers have also asked for financial participation by employees and are sharing only part of the costs.

“Currently, companies are considering more carefully whether further education is necessary for certain employees before they decide to pay for it,” Kaňuchová said. “Also, employers focus much more on paying for further education only for their key employees, also as a way to be able to keep them in these difficult times.”

Kaňuchová doesn’t expect a great turnaround in 2010 from last year’s trend, saying that companies will remain cautious and will more carefully consider the effectiveness of the education for their employees.

“Since companies were planning their budgets for 2010 back in 2009, they were very much influenced by the rather pessimistic situation of last year,” Kaňuchová said.

Dušan Antoš, the HR department director of Tatra Banka, said that the originally planned education for its employees has not been changed significantly.

“We are more cautious about using our resources where we really need to use them and to not waste them on areas that are not that important for us at the moment,” Antoš said about the crisis, adding that Tatra Banka still offers a wide range of managerial, professional and language courses at an appropraite level.

Slovnaft oil refining company similarly trains and educates its employees out of necessity, not only for personal benefit. According to Anton Molnár, Slovnaft’s spokesperson, the company conducts the mandatory courses that employees must pass according to the law, such as security training, as well as professional training to develop the hard skills of its employees and training in soft skills, which includes management skills in communication, conflict-resolution, coaching and similar areas.

The spokesperson of Volkswagen Slovakia, Vladimír Machalík, said the company did not cut its expenditure on education for its employees because of the crisis and that its employees can select from a range of courses, including language and professional training depending on their individual needs.

Ján Orlovský, the spokesperson of the regional power distributor Západoslovenská Energetika said his company had cut the funds invested into employee education last year and the company’s plan for 2010 counts on professional courses and knowledge-sharing within the company through internal seminars.

Some companies claim e-learning is planned or is already a part of the internal education of their employees, making the training of their staff more cost-effective.

Education rather than high salary?

Most employers agree that they don’t consider education of their employees as an employee benefit but rather as a necessity, depending on the needs of the company and those of the individual employees.

“Education of key employees remains a priority of our bank,” said Antoš. “We don’t see it as a benefit but rather as a necessity to fulfil the commercial aims of the bank.”

According to Kaňuchová, career development and education as a non-financial benefit are, however, becoming a more and more important motivational factor for some groups of employees.

“There are many ambitious young people who are interest in better preparing themselves, and if their company gives them the chance to grow they are willing to disregard the salary and chooseß education and personal development,” Kaňuchová said.