RECENTLY Slovakia’s Accreditation Commission recommended that three more schools should retain their university status and thus the final number of schools to finish the comprehensive accreditation process with the university label will be higher than the first results indicated. However, not all schools are happy with their final scores – and one private university has already filed a lawsuit over what it has called improper interference by the Education Ministry in the accreditation process. 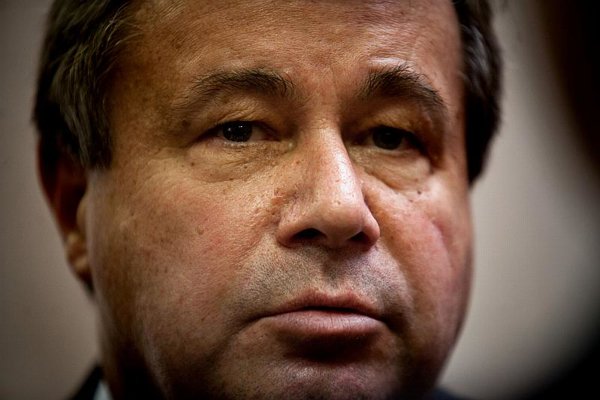 RECENTLY Slovakia’s Accreditation Commission recommended that three more schools should retain their university status and thus the final number of schools to finish the comprehensive accreditation process with the university label will be higher than the first results indicated. However, not all schools are happy with their final scores – and one private university has already filed a lawsuit over what it has called improper interference by the Education Ministry in the accreditation process.

The Accreditation Commission announced that three additional universities as now eligible to retain university status. The schools had been given a year to improve their standing because they failed to fulfil just one of the comprehensive accreditation criteria: the number of students compared to the number of professors, docents and lecturers, which was required to be under 20. Matej Bel University in Banská Bystrica, the University of Economics in Bratislava, and Constantine the Philosopher University in Nitra, have now fulfilled the criterion, according to a decision made by the Commission in mid February.

University status not only means a certain degree of prestige for the schools. Of the three categories projected for the future (universities, unclassified schools and technical colleges), only universities will be allowed to award PhDs and they will also be entitled to more financial support from the state, at least in the case of public schools. One school, the private University of Economics and Management, has been reclassified as a technical college and will only be able to offer programmes at the undergraduate (bachelor’s) level.


Changes may come to the law

An amendment to the University Act, offered by MP Mojmír Mamojka from the ruling Smer party, which passed in its second reading in parliament on February 10, would introduce changes into this classification system. Mamojka proposed that schools that fall under the category technical colleges should also be able to offer master’s programmes. This measure will, according to Mamojka, help to increase the quality of university education and maintain a competitive environment.

Renáta Králiková, an analyst from the Slovak Governance Institute, agreed with Mamojka on this point and said that banning technical colleges from awarding master’s degree is not appropriate, adding that they should even be able to have PhD programmes in their portfolios.

“The category of the school should not limit the development of the school,” Králiková told The Slovak Spectator. She explained that there is a great deal of diversity within each school, with some departments being more research-oriented than others.

“Therefore, there can be a department at a technical college capable of educating graduates or even PhD students, even if the college is primarily oriented on education of bachelor’s,” said Králiková, adding that an example of such a school is Portland State University in the US.

According to Králiková, the present system does not allow a technical college to upgrade itself to a higher category, because the criterion for a school to be considered for the category of an unclassified school is the ratio of teachers to students of both the first and second levels of studies. The fact that a technical college cannot have second level students makes it impossible for it to fulfil this criterion, she said.

Most Slovak university rectors do not support Mamojka’s proposed changes. A statement signed by 14 public university rectors was published on February 15 arguing that such a change to the law would devalue the outcomes of the comprehensive accreditation.

“A political decision allowing technical colleges without any adequate qualification background and the necessary research infrastructure to provide education on the master’s and PhD level would scrub the ongoing process of comprehensive accreditation,” the SITA newswire wrote, quoting from the statement.

Mamojka’s amendment also proposed that the age limit for professors who guarantee study programmes should be increased to 70 years instead of the current 65. According to the MP this would help solve the problem of a shortage of guarantors affecting most Slovak schools. Education Minister Ján Mikolaj, on the other hand, has been promoting the idea that the schools should gain younger staff.

Králiková also believes Mamojka’s solution in this regard is not systematic, saying that the academic staff at Slovak universities is already aged.

“I think that the guarantor should not be a person who has once gained an academic title, but rather a person who is really active in science all the time,” she told The Slovak Spectator. “This would also breakdown the barriers for younger people or for people who have been working abroad until now to be eligible for the position of guarantor.”

Mamojka’s draft amendment received the support of 112 MPs and caused tension in the ruling coalition, as the Slovak National Party (SNS) deputy chair, Anna Belousovová, said her party was disappointed with the outcome of the vote and considered it to be a violation of the ruling parties’ coalition agreement. She said the proposal devalues university education and accused Mamojka of promoting himself personally through the amendment, SITA reported. Mamojka is the dean of the law faculty at the University of Sládkovičovo, a private school in that town.

Education Minister Mikolaj, nominated by the SNS, said the proposed amendment would destroy the basis of university reform pursued by his ministry to improve the quality of Slovak universities.

The amendment proposed by the Smer deputy was not the only pointed criticism directed at Mikolaj as another coalition party, the Movement for a Democratic Slovakia (HZDS), has come to the defence of another downgraded university – the private St. Elisabeth University of Health and Social Work in Bratislava. While a previous Accreditation Commission had evaluated the school and found it eligible for university status in 2008, subsequent personnel changes in the Accreditation Commission, including a change in the head of the commission, has resulted in a different opinion.

Mikolaj announced on February 11 that the Education Ministry planned to categorise St. Elisabeth University as a technical college based on the current commission’s evaluation. He said the school did not fulfil at least two criteria – including the number of students per professor. Earlier, however, Mikolaj had returned the university’s proposal to nominate 12 additional professors with a request for more information. According to the SITA newswire Mikolaj said the school had filed too many nominations, namely 27 in three years.

Mikolaj reaped much criticism for this action as well as a lawsuit from the university. In its suit St. Elisabeth University claims that his conduct was improper, arguing that the law did not entitle the minister to handle the nomination of professors in the way he did. The university also complained that the minister did not meet the time limits for the accreditation process when he did not approve the Accreditation Commission’s recommendation from 2008.

Slovakia’s General Prosecutor, Dobroslav Trnka, also sent a letter to Mikolaj stating that the minister should not hinder the nomination of professors, as it is not in accord with the law and gave the minister one month to put things in order, the Sme daily reported.

Some of the harshest criticism came from Vladimír Mečiar of the Movement for a Democratic Slovakia (HZDS) who said that Mikolaj’s conduct was pure bullying of the school.

“There are continuous attempts to bring the university down to its knees,” Mečiar said, as quoted by the TASR newswire.

A few days later on February 16, Sme reported that an MP from SNS, Anton Korba, had decided to leave the party, giving as one of his reasons Mikolaj’s conduct in handling St. Elisabeth University.

“It’s unbelievable to me that Mikolaj orders his subordinates to ‘find something bad there, so that there is nothing left of that school,’” Korba wrote in his letter to SNS leader Ján Slota, as quoted by Sme. Mikolaj dismissed the claim according to Sme.

The problems between Mikolaj and the St. Elisabeth’s started at the end of 2009 when the minister first suggested the school might be degraded to a technical college. Rector Vladimír Krčméry resigned from his post at that time, saying the ministry had violated the law by making repeated checks at the school which resulted in the accreditation process taking three years instead of the nine months provided under the law. He also objected to the ministry speaking about the results of the audit at the school before it had even officially ended.

“As long as there are things known [by the ministry] one or two months in advance in the process of our accreditation and audit, I cannot bear the responsibility for our (or any other) school,” he wrote in his resignation letter in December 2009.

Králiková of the Slovak Governance Institute believes that the minister is interfering in the accreditation process in the case of St. Elisabeth University.

“The Accreditation Commission has a team of experts who have been dealing with the evaluation of the school for several months, so how can a group of bureaucrats then come and change the evaluation?” she asked, adding that such conduct casts doubts on the whole comprehensive accreditation process in general.

The management of the university has also requested a parliamentary inquiry at the Education Ministry. Members of the parliamentary committee for education are expected to carry out the inquiry by the end of February to get Mikolaj’s explanation for why he did not transmit the university’s request for nomination of professors to the President of the Slovak Republic, the normal process in Slovakia, SITA reported.