MID-WAY through its process of choosing a new election leader and composing a candidate list for the upcoming parliamentary elections, the Slovak Democratic and Christian Union (SDKÚ) has been hit by the results of a recent poll that shows that the party’s preferences have fallen month-on-month, while some of its competitors have grown stronger. 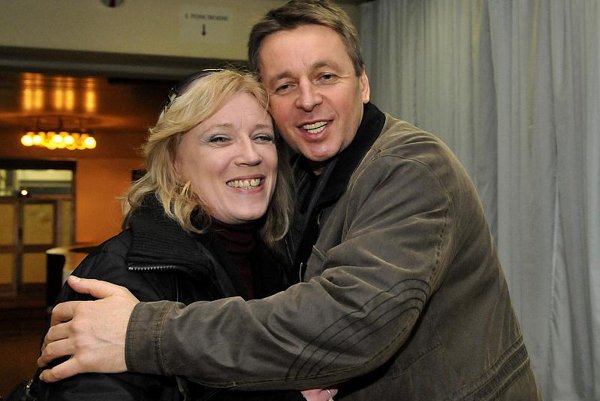 MID-WAY through its process of choosing a new election leader and composing a candidate list for the upcoming parliamentary elections, the Slovak Democratic and Christian Union (SDKÚ) has been hit by the results of a recent poll that shows that the party’s preferences have fallen month-on-month, while some of its competitors have grown stronger.

The resignation of SDKÚ Chairman Mikuláš Dzurinda as the party’s election leader in the wake of money-laundering accusations made by PM Robert Fico has once again shuffled the political deck. For the first time since 2002, the SDKÚ will be holding primary elections to see who will be at the top of their candidate list.

Members of the SDKÚ will choose between two of the party’s vice chairpersons: Ivan Mikloš, a former finance minister and Iveta Radičová, who ran for president in 2009 and won one million votes in the polls.

The SDKÚ presidium agreed on its nominees for the party’s candidate list on February 15. Apart from the presidium, each regional branch of the party, as well as both the SDKÚ’s youth and women’s organizations, have the right to nominate their candidates for the primary election, which will take place on February 27. The SDKÚ is the only parliamentary party that holds a primary election.

“[To be included on the list] it was necessary to get the votes of over half the presidium members,” Dzurinda explained.

The latest addition to the list of nominees is the former president of the Slovak Governance Institute, Miroslav Beblavý, who served as state secretary of the Ministry of Labour, Social Affairs and Family.

“I would like to bring some new ideas into politics,” Beblavý said when he was presented as an SDKÚ candidate, adding that he is primarily interested in the areas of unemployment, education and the modernisation of Slovakia.

Beblavý said he believes Slovakia needs a change in politics, and that such a change can only be brought about by a government not dominated by Fico’s Smer.

“Therefore, I think that the SDKÚ needs help so that someone besides Robert Fico will make up the [new] government,” Beblavý said.

Political analyst Miroslav Kusý said he was convinced that the arrival of new faces on the SDKÚ’s ballot could improve the party’s standing.

“There are new faces on the candidate list, and they are not hockey or football stars as it used to be in the past, but rather are people from the political spectrum, experts in their areas,” Kusý said.

Kusý added that the arrival of experts to the party is a continuation of the trend that was started a while ago when Iveta Radičová joined the SDKÚ.