MANY Slovaks do not need graphs or stats to know that the country’s economy is still frail and that market watchers are talking only about a gradual economic recovery that will not relieve many people of their job anxieties over the near-term. Nevertheless, statistical data on the country’s better economic performance in the last quarter of 2009 did please many economic analysts, especially since Slovakia surpassed its regional cohorts and, to some extent, other countries in the eurozone. 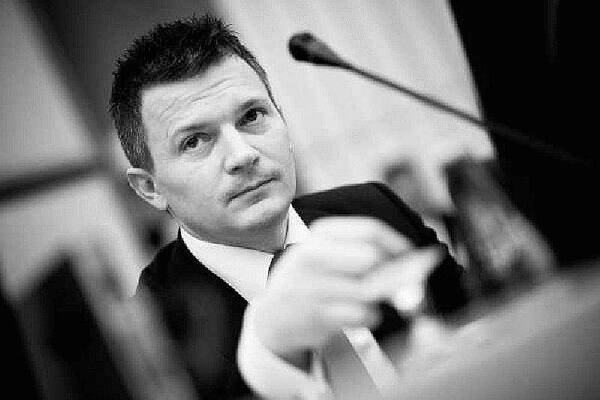 MANY Slovaks do not need graphs or stats to know that the country’s economy is still frail and that market watchers are talking only about a gradual economic recovery that will not relieve many people of their job anxieties over the near-term. Nevertheless, statistical data on the country’s better economic performance in the last quarter of 2009 did please many economic analysts, especially since Slovakia surpassed its regional cohorts and, to some extent, other countries in the eurozone.

No starkly bleak colours on GDP are expected for the first months of 2010, partly because the comparison will be against the first quarter of 2009 which recorded a steep economic freefall from the burgeoning economic crisis as well as from the so-called gas crisis when Russia turned off its gas supply for European countries over a spat with Ukraine.

Slovakia’s Finance Ministry has also warmed up its sentiments about the prospects for the economy for 2010 and revised upwards its growth prognosis by 0.9 percentage point to 2.8 percent for the year, compared to its prediction from last autumn.

The country’s statistics authority reported that the year-on-year contraction of Slovakia’s economy was less in the fourth quarter of 2009, at -2.7 percent, than in the third quarter of last year when GDP contracted by -4.8 percent. A recent flash estimate by the Slovak Statistics Office brought even slightly better results than had been expected. According to a flash estimate for all of 2009, Slovakia’s GDP fell by -4.7 percent in constant prices compared with 2008 and by -5.8 percent in current prices, less than in previous estimates.

Analysts attribute the results partly to the lower base effect, but they are also sensing some winds of economic recovery.

“The annual comparison, which resulted in the mildest annual decline of the last four quarters was certainly partly influenced by the base effect of the last quarter of 2008, when the Slovak economy began to feel the global recession, albeit still in black numbers,” said Vladimír Vaňo, chief analyst with Volksbank.

However, Vaňo added that the statistical effects themselves would not suffice to explain the better result that Slovakia recorded in comparison with other regional peers: annual real GDP in Czech Republic was down by -4.2 percent, in Hungary by -5.3 percent and in Romania by -6.6 percent.

According to Vaňo, it appears that Slovakia stands out from its regional peer group and has been able to keep pace with its major trading partners as far as annual growth dynamics are concerned. He noted that in the same quarter, the annual decline of German GDP was -2.4 percent while across the eurozone it was -2.1 percent.

“As a matter of fact, the base effect of the fourth quarter actually ‘penalised’ Slovakia since it had a comparatively higher base in the fourth quarter of 2008, as Slovakia was still growing in annual terms in that quarter,” said Vaňo, adding that in that quarter Slovakia’s GDP posted 1.6 percent growth year-on-year, unlike Hungary with its -2.5 percent year-on-year drop or Germany with its decline of -1.8 percent.

The analyst suggests that the previous three quarters of narrowing annual declines is actually testimony to the Slovak economy turning the benefits its eurozone membership into a stronger competitive position in the region.

For Martin Lenko, senior analyst with the VÚB Bank, the most important news was that after cleansing of seasonal influences Slovakia’s GDP in the fourth quarter of 2009 had grown by 2.0 percent compared to the previous quarter, “which shows a speedup of the already strong quarter-on-quarter growth of 1.6 percent in the third quarter”.

“Growth in other countries was considerably lower and in the entire eurozone there was only a weak 0.1 percent growth compared to the third quarter,” Lenko told The Slovak Spectator.


Lenko said that the detailed structure of the growth has not yet been published and its release is expected on March 4.

“We assume, however, that the improving development of foreign trade and the creation of inventory stocks contributed to the better than expected development of the GDP,” Lenko said. “Domestic demand probably remained weak, which is also suggested by the worse development in the growth of unemployment. Domestic demand in the last quarter of 2009 dropped by 4 percent compared to the same period last year. In the third quarter the year-on-year drop was a little bit more moderate at 3.7 percent.”

Lenko expects the country’s economy to grow 2.4 percent year-on-year in 2010.

Market watchers do stress that in the fourth quarter last year the Slovak economy posted the second strongest quarterly growth from among the published results of all eurozone members, just behind Estonia with its 2.6 percent growth, which according to Vaňo was the first positive result for the Baltic state in many quarters.

“Slovakia stands out from its regional peers and to an extent also among other eurozone members, after turning in three consecutive quarters of rather solid expansion, and with an accelerating pace during the second half of the past year,” said Vaňo.

Vaňo said it is true that the disruption of Russian gas created a “hole” with a quarterly slump as deep as -8.1 percent in the first quarter of 2009 “but that both the bust and boom of Slovakia’s export driven economy is a matter of two key elements: not only recovery of external demand, but moreover of an ability to strengthen its competitive position and gain a ‘bigger market share’ of the exports to the eurozone – which buys over half of Slovak exports.”

Slovak Finance Minister Ján Počiatek said on February 12 that the economy might grow even faster than the ministry had predicted in its latest estimate. The ministry revised its fall prognosis of economic growth upward by 0.9 points to 2.8 percent.

“The prognosis that we have recently released will be very close to reality, and I even think that the growth may be greater than we now predict,” said Počiatek, as quoted by the SITA newswire.

According to Počiatek, the volatility of this prediction is much smaller than it was in the past.

“I do not think that it will radically diverge from what we predict,” he said. “The situation was completely different last year and much less predictable.”

Lenko views the estimates of the Finance Ministry to be realistic.

“The faster growth in GDP which the Finance Ministry estimates, as opposed to our estimate, is caused by the additional effect of the public private partnership projects (the highway construction) that our estimates have not included to such a degree,” Lenko said.

According to Vaňo, a number of uncertainties still cloud the outlook this year; hence the wide forecasted range projected by his bank remains unchanged at between 1.4 and 2.7 percent growth. Data from the last quarter put the outlook for 2010 on a better footing, he added.

“As could have been seen last year, and given the looming elections, avoiding any measures that might endanger competitiveness of the entrepreneurial environment and weaken the attractiveness of the investment climate for both existing and new investors is of a vital importance for Slovakia to continue in the momentum from previous quarters,” Vaňo told The Slovak Spectator.

“Though the results of last year prove that being a full-fledged member of the eurozone puts Slovakia on a better footing at the onset of a fragile recovery in the eurozone, Slovakia’s actual whereabouts will continue to be a function not only of revival in external demand but also of efficient utilisation of the advantages of the eurozone to strengthen the competitive edge of its export industries.”