Slovak monuments in the spotlight

ENTHUSIASTS of cultural heritage and historical monuments, or anyone who simply wants to learn more about Slovakia’s historical sights, have one more opportunity to do so thanks to a comprehensive encyclopaedia that is now available in both Slovak and English. 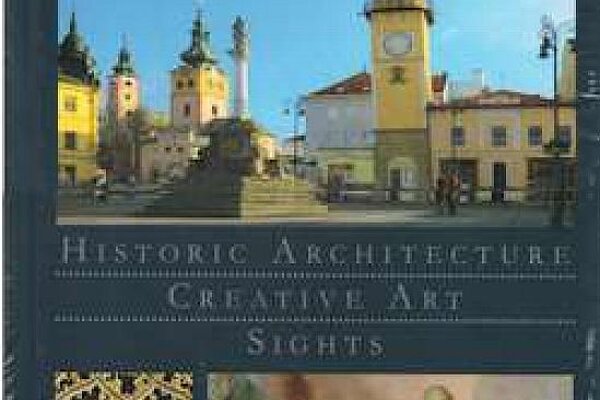 ENTHUSIASTS of cultural heritage and historical monuments, or anyone who simply wants to learn more about Slovakia’s historical sights, have one more opportunity to do so thanks to a comprehensive encyclopaedia that is now available in both Slovak and English.

The Illustrated Encyclopaedia of Monuments in Slovakia is large in size – and equally expansive in content. The publication introduces the artistic and architectural sights of the country in the context of their respective regions and, at first sight, it seems that the authors have not forgotten anything, as there are sights listed and described in the book that even many Slovaks have never heard of before. The authors work with regions divided geographically into South-West, North-West, the Cradle of the Country, South of Central Slovakia, Central Slovakia, Northern Slovakia, East of the Tatras and Eastern Slovakia. A map in the introductory pages depicts this division and serves as a reference tool for the reader.

Monuments are then listed within their respective regions, under subchapters, as single entries. Depending on the importance of each monument and the information available on it, some of them are described just briefly and others in much detail, accompanied by illustrations, pictures, and often maps. The authors claim that within its almost 1,000 pages, the book features 1,109 entries and more than 5,500 photographs, 100 three-dimensional illustrations and 28 diagrams of historical sites.

The book is oriented towards the description of the cultural and historical value of the monuments and does not serve so much as a source of practical information, such as the sites’ availability for tourists, opening times, websites and so on. The introductory notes inform the reader that the encyclopaedia’s goal is to introduce cultivated readers to the most extensive fund of architectural monuments and creative artistic relics in Slovakia.

“The idea of this encyclopaedia’s authors was for the reader to look closer, to establish relationships, to answer the questions of ‘why is it like that’ when regarding the illustrations and photographs – or, best, when visiting the sites directly,” the introduction to the book reads. Taking the book in your backpack would probably not be the best idea, since the comprehensiveness of the content is reflected in the book’s weight and size, but it will surely serve as good preparation for anyone planning to visit a region of Slovakia with the aim of seeing its cultural and historical sights, or as inspiration when dreaming about upcoming summer wanderings while sitting down with a cup of tea on a long winter evening.