THE TOP post at the country’s procurement watchdog office should belong to opposition parties: one premise that both the ruling coalition and the opposition agree on. However, Prime Minister Robert Fico has clashed with the strongest opposition party, the Slovak Democratic and Christian Union (SDKÚ), over when the top job at the Public Procurement Office (ÚVO) should be filled and by whom. 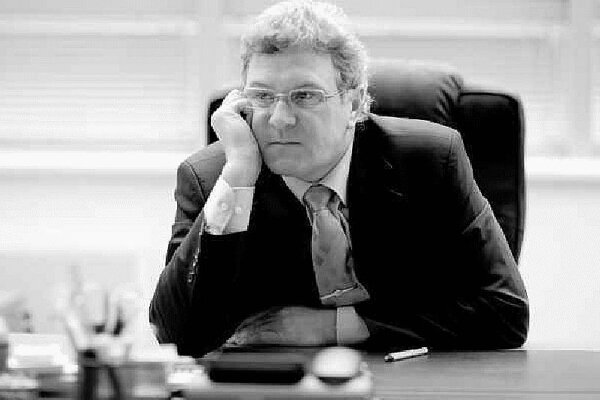 THE TOP post at the country’s procurement watchdog office should belong to opposition parties: one premise that both the ruling coalition and the opposition agree on. However, Prime Minister Robert Fico has clashed with the strongest opposition party, the Slovak Democratic and Christian Union (SDKÚ), over when the top job at the Public Procurement Office (ÚVO) should be filled and by whom.

The term of the current head of ÚVO, Béla Angyal, nominated by the Hungarian Coalition Party (SMK) five years ago, expires on March 10. Now Prime Minister Fico is toying with the idea of passing a law which would prolong Angyal’s term and shift the appointment of his successor until after the parliamentary elections scheduled for June 2010.

Most of the opposition, led by the SDKÚ, has not only objected to the prime minister’s proposal, but has also expressed serious reservations towards Angyal himself, suggesting that the head of ÚVO has helped the ruling coalition cover up dubious procurement practices.

Political ethics and transparency watchdogs, however, say that instead of the parties engaging in a political tug-of-war, the ÚVO chairman should be selected in an open competition with professional qualifications being the only criteria for appointment.

“Let’s amend the law and then wait for the election results,” Fico said, arguing that it simply makes sense for the new ÚVO head to be appointed after the elections as it will not be known until then exactly who will be in the opposition for the next four years.

The Fair-Play Alliance, a political ethics watchdog group called the intention of the prime minister to change the legislation “dangerous and unhelpful”.

“The main criterion should not be party affiliation but rather independence, professional qualities and guarantees of integrity,” Zuzana Wienk, the head of the Fair-Play Alliance told The Slovak Spectator.

According to Wienk the term in office for the ÚVO head should not be shortened but lengthened so that one or two terms of a ruling coalition does not have an impact on the selection of this official.

In a statement signed by Gabriel Šípoš, Pavol Nechala and Emília Beblavá, Transparency International Slovensko (TIS) also proposed that the new ÚVO chairman be a person chosen based on professional qualifications through an open competition. TIS also stated that the way the position is currently filled through political nominations has resulted in a low level of performance on the part of ÚVO. The watchdog group added that it had not seen any visible signs of a reduced level of corruption in public procurement over the past four years, and that, instead, it sees an opposite trend.

If the cabinet fails to appoint Angyal’s successor by March 10 the office might become non-functional since the deputy chair’s term ends on March 16.

“The ÚVO chairman lost our trust long ago, after he repeatedly covered up business deals and thefts as opposed to [ensuring] legal proceedings,” SDKÚ deputy Ivan Štefanec told The Slovak Spectator. “Robert Fico’s attitude has shown that his main intention is not to ensure that the chairman of the ÚVO is from the opposition or that the law is respected.”

Štefanec insists that there is no reason whatsoever for a change in the law regarding the appointment of the ÚVO head.

“We in no way would vote for such a change in the law and would repeat our call [for immediate appointment],” said Štefanec.

Regarding the idea presented by TIS and the Fair-Play Alliance for an independent professional to be sitting at the top of ÚVO, Štefanec seemed open to the idea but also sceptical about it finding its way to reality.

“It is a logical move and I support it,” Štefanec said. “We have proposed open competition for many other posts in the state administration. But with the current set-up of the government, I do not see it as being realistic and this is also why a change is needed in the June parliamentary elections.”

SDKÚ chairman Mikuláš Dzurinda has insisted that the opposition parties are capable of agreeing on a nominee to the post.

Angyal, who is considered by many to be in the political camp of Béla Bugár, the leader of the newly-established Most-Híd party, has insisted that he has acted impartially during his five-year term and that his actions were in compliance with the public procurement legislation. He complained he has ended up as the victim of a political game.

SDKÚ chairman Mikuláš Dzurinda criticised Angyal about what Dzurinda called failures related to the tender for the operator of Slovakia’s new electronic highway toll collection system. Dzurinda charged that even EU Commissioner Charlie McCreevy pointed out problems with the tender, in which cheaper bids were excluded and the deal went to the more expensive bidder.

“I do not know why Angyal started acting in such a collaborative way with the government,” Dzurinda was quoted as saying by the SITA newswire.

Meanwhile, Most-Híd, which supports Fico’s plan to change the law to allow the new nominee to be chosen after the elections, rejected Dzurinda’s criticism of Angyal, stating that it was Dzurinda who originally appointed Angyal to the post.

“The person elected now as the opposition’s nominee will not necessarily be an opposition nominee after the June elections,” Nora Czuczorová, spokeswoman for Most-Híd told The Slovak Spectator. “If the legislation is not changed, this problem will emerge again when the term of the next ÚVO chairman expires.”

If this post is to belong to the opposition, it should always be filled after parliamentary elections, she added.

If the law is changed in a way that the nominating the ÚVO head belongs to the opposition parties and the term of the chairman lasts four years with the new head appointed always after the elections, problems could be avoided in the future, Czuczorová said.

“We also want to stress that Most-Híd does not insist that ÚVO be led by Mr Angyal,” Czuczorová said. “We only insist that the status quo is kept and that this post continues to belong to the opposition.”

Angyal faced some criticism for the way his office dealt with one of the most scandalous tenders in Slovakia’s history: the so-called “bulletin-board tender” in which a state tender was won by firms close to the Slovak National Party’s leader, Ján Slota, after it was announced only via a posting on a bulletin board at the SNS-controlled Construction Ministry, in an area not normally accessible to the public.

When commenting on that tender, Wienk said that the ÚVO missed an important aspect.

“In the bulletin-board tender it was important that the office finally finished its audit and said it found serious violations, but it was sad that it did not deal more broadly with such an elementary question as the method used for the tender call and then the European Union had to do it,” Wienk said.

In an interview, Angyal told Sme that Dzurinda visited him once regarding a tender for the purchase of ambulances and lobbied for a company from Tvrdošín.

In the end, the firm was excluded from the bidding since it failed to submit sufficient bank guarantees.

Dzurinda, however, defended his actions, saying that he had just wanted to help a region [Orava] that has long suffered from a high unemployment rate and that if the firm had won the tender it would have secured jobs for the area.

“Both the opposition and the ruling coalition are attacking me, which proves that I am independent,” said Angyal.

Opposition parties also criticised Angyal in connection with the tender for the electronic highway toll system that was won by the SkyToll consortium.

Angyal rejected the opposition parties’ accusations that the tender was manipulated which they have based on the fact that all bidders except for the most expensive had been excluded from the competition.