‘Most of the information was wrong’

ALMOST 40 years ago, a Slovak scholar (now deceased) spent a semester at the University of Michigan shortly before I went to Slovakia to do research for my doctoral dissertation. So far as I knew, she was the only person from Slovakia in Ann Arbor, so my wife and I befriended her. Not only was it a friendly thing to do, but I also thought it wouldn’t hurt to know someone when we arrived in Bratislava in April 1973 for my doctoral research. I told her about that research, which was focusing on socio-cultural development in Slovakia in the first half of the twentieth century. 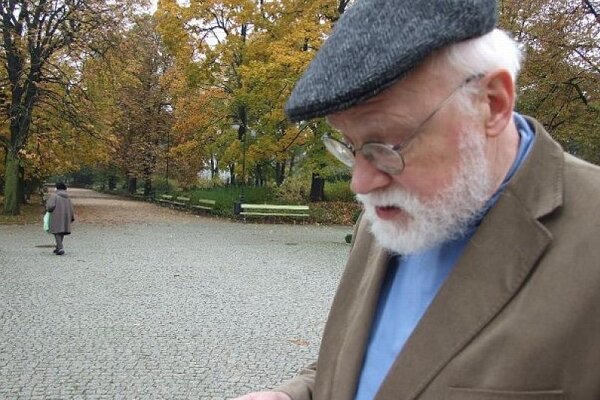 ALMOST 40 years ago, a Slovak scholar (now deceased) spent a semester at the University of Michigan shortly before I went to Slovakia to do research for my doctoral dissertation. So far as I knew, she was the only person from Slovakia in Ann Arbor, so my wife and I befriended her. Not only was it a friendly thing to do, but I also thought it wouldn’t hurt to know someone when we arrived in Bratislava in April 1973 for my doctoral research. I told her about that research, which was focusing on socio-cultural development in Slovakia in the first half of the twentieth century.

During one conversation, I mentioned that I would love to see archival records from the US consulate in Bratislava, 1945-48, for their reports on life in Slovakia. I already knew the Public Record Office in London had British consulate reports from 1918-23 that I was planning to study.

The Slovak scholar must have misunderstood what I was saying, as I discovered last year when I found my name in the Slovak secret police records, posted on the Internet.

I can’t say I was surprised. Twice during communist rule I lived in Bratislava while doing academic research. The police must have wondered why an American with no Slovak roots would want to come to Slovakia to do research, especially on potentially politically-sensitive 20th century topics. Furthermore, I was married at the time to a Czech.

But why me? Why weren’t the names of other American scholars on that list? I was particularly surprised that one of those police records listed me as a “candidate for cooperation”.

So I set out to see what was in those records. The records are held in the Nation’s Memory Institute (Ústav pamäti národa).

Applications can be downloaded from the Institute website, in both English and Slovak. I filled out an application, had it notarised and sent it in. Several months later I received a registered letter that the relevant documents were being held for me at the Institute reading room in Bratislava. Unfortunately, I was in the United States at the time, with no immediate plans to travel to Slovakia.

Fortunately, I was able to ask a friend of mine in the History Institute of the Slovak Academy of Sciences to serve as an intermediary. I provided her with a letter (written in Slovak and again notarised) that legally authorised her to act on my behalf. Several weeks later a package arrived with two slim collections of documents.

According to the index, the first, which carries the number 13945 and deals with my stay in Slovakia, originally had 54 pages. Only five pages survive. The others were destroyed in the 1980s, but an index remains that shows the pages on which non-police individuals were mentioned.

Most prominently, the Ministry of Education official assigned to assist me is mentioned on five of the now destroyed pages. In 1993 he turned up as one of the first staff members of the Slovak Embassy in Washington. On May 29, 1973, a recommendation was made to compile reports from a listening device to be placed in our apartment. According to the police statement, I was a candidate to be US consul in Bratislava. For the investigation, they assigned Secret Agent “Schmidt”, an informant code-named Eva, the offices (organs, in the language of the day) of monitoring (sledovanie) and a listening device in my apartment.

Never mind that the consulate had been closed since the communist takeover in 1948. The recommendation suggested that this theory was valid because I was allowed once-a-month visits to the commissary at the US Embassy in Prague, which in fact was privilege given at that time to holders of Fulbright-Hays research fellowships.

I availed myself of that privilege twice, only to show my parents-in-law some of the food products that were not then available in Czechoslovakia. For the first month after the bug was installed, weekly reports appear to have been filed. Special attention appears to have been given me during the two months in late 1973 that I spent traveling to local and regional archives across Slovakia, a visit that in retrospect must have raised some police eyebrows.

In fact, I was attempting to read every archival collection relevant to my research. During that trip there were two incidents that perhaps were provocations. In Trnava, the director of the archive invited me one afternoon to join him for tea. During the conversation, he asked me if I wanted to change money. At the time it was illegal to privately exchange hard currency dollars for Czechoslovak crowns. (The artificial exchange rate encouraged such black market activity). I declined.

In Košice one night, two men joined me at my table in a restaurant. They uttered anti-Semitic comments as they appeared to be trying to guess where I was from. It was a strange conversation. Perhaps they were trying to get me to reveal who they thought I was. The original file was archived in January 1974 after I left for Prague, with a summary of the case, which fortunately survives. (The report mistakenly says that my wife and I would stay in Prague with her parents when in reality we had a room provided by the Czech Ministry of Education.)

The final report states that while the bugging and monitoring of me were eventually done as a response to the story that I was to be the consul, they also wanted to know if I wasn’t collecting information for an unnamed US spy agency or was creating conditions for such activity in the future, and whether I could possibly be a recruit for Czechoslovak counterintelligence.


All of their theories proved wrong. The report stated that I would be leaving to work at the University of Washington. This was another wrong conclusion on their part: I was returning to the University of Michigan to complete my dissertation.

In particular, the information that was gathered showed that I was not the right kind of person to be a spy (nevhodnosti Johnsona pre agentúrny typ).

Who was this Eva?

Other surviving information in the report confirms she was the Slovak scholar who had visited Ann Arbor. She was married to a Communist party official in Bratislava, something we didn’t learn until nine years later. The story about the consulate clearly came about because she misunderstood what I had said. Somehow from that she concluded that I would be the next consul. In fact, the US consulate didn’t re-open until after the fall of communism in Czechoslovakia. In 1993 it became the US Embassy.

In October 1973, “Eva” and her husband invited my wife and me for dinner, perhaps at the request of the secret police. It was a long evening, with plenty of alcohol. The next day I had the worst hangover of my life. Again, if the idea was that liquor would loosen my tongue to talk about what they thought I might be doing, it failed because I wasn’t who they thought I might be.

Even a smaller percentage of my records remain from my 1982 file (No. 27462), when my research focused on the history of the Slovak mass media, 1900-38. Only four pages plus the index survive from the original 73 pages. The index makes clear that the file was maintained through my attendance at an international communication conference in Prague in 1984.

Two of the names in the index are particularly interesting. One is given as Albright Korbel, a reference to Madeleine Albright, later US Secretary of State. She had attended a conference I organised in Indiana University in 1983, devoted to the history and present of the mass media in eastern Europe, giving a paper based on her dissertation, which dealt with the Czech press in 1968.

The other name was Štefan Roman, then president of the Slovak World Congress, an émigré organisation with which I had never had any contact. I probably mentioned Albright’s name in conversation with someone, precisely because of her participation in the conference. How Roman’s name got in there, I don’t know. I was given a code name this time, Novinár – Journalist.

The secret police goal in 1982 was simple: determine whether I was collecting information for the US government and whether I might be someone who could provide information for the Czechoslovak authorities. Again, I failed on both counts. Czechs and Slovaks who lived in Czechoslovakia at the time can testify to the way in which the secret police could destroy or change people’s lives, but the evidence in my case suggests it wasn’t very good at what it did.

Owen V. Johnson, who teaches history and journalism at Indiana University, is writing a book about Slovak media and journalism in the twentieth century. This past semester he was the Fulbright Distinguished Chair in East European Studies at the University of Warsaw.