AFTER wide-scale exhibitions presenting art from the Baroque and Gothic periods as well as the 20th century, the Slovak National Gallery (SNG) has opened an extensive and unique display of Renaissance art as part of its long-term programme on the History of Slovak Fine Art. Until almost the end of March, gallery visitors are able to view a comprehensive collection of fine art associated with this artistic era and how it was reflected in the geographical territory of present day Slovakia. 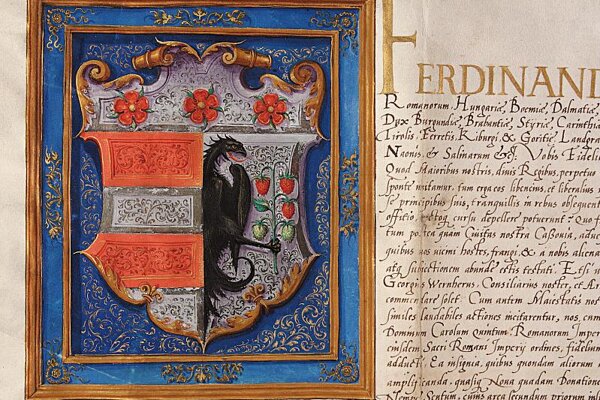 AFTER wide-scale exhibitions presenting art from the Baroque and Gothic periods as well as the 20th century, the Slovak National Gallery (SNG) has opened an extensive and unique display of Renaissance art as part of its long-term programme on the History of Slovak Fine Art. Until almost the end of March, gallery visitors are able to view a comprehensive collection of fine art associated with this artistic era and how it was reflected in the geographical territory of present day Slovakia.

“Renaissance art is certainly perceived by the general public in Slovakia as primarily excellent works from Italy,” said Zuzana Ludiková, the exhibition curator, when introducing the exhibition. “People realise less that many local scholars brought notions and ideas about fine arts directly from their Italian studies and that in the end they belonged among the most important patrons and collectors of works of arts.”

This exhibition is the first in Slovakia dedicated to the cultural movement of Renaissance art in general.

“So far there were only exhibitions of vedutas [paintings of cityscapes], some displays recalling battles with Ottomans, and the 150 years of Ottoman occupation, but there has not been an independent exhibition dedicated to fine arts that were created here on this territory during that period of time,” said Ludiková. “When selecting items and themes for this exhibition, I stuck to the rule to choose only works that originated from this territory or were created abroad for this environment or came about in some other way and were used here.”

When composing the exhibition, Ludiková used the design possibilities of the Esterházy Palace in Bratislava, which hosts the exhibition on three floors so that each floor provides an overview of a certain time period within a 150-180 year timeframe, from the end of the 15th century until the first half of the 17th century, which is considered as the Renaissance period here. The exhibition begins on the top floor with an introduction of central European variations of Late Gothic and Transalpine Renaissance in sculpture, tables and illumination painting as well as in religious books. The lower floor offers the heraldic presentations of the aristocracy and towns, the collecting interests of the grand dukes and items from goldsmiths. The concluding area of the exhibition features illustrated portraits and epitaphs ordered by the aristocracy and townsmen in the early 1600s.

Because the SNG’s own collection of Renaissance art is rather slim, the gallery borrowed works from Austrian’s Albertina gallery, from Hungarian museums and libraries as well as from local churches, museums and archives to create a wide-ranging panorama of Renaissance art in central Europe. Over 400 items such as sculptures, delicate portraits of humanists, oil paintings, valuable prints, illuminated grants of arms, other deeds and books, as well as an extensive presentation of works by goldsmiths from several religious denominations are on display.

While searching for items for the exhibition, Ludiková made a number of discoveries. For example, the Nitra Bishopric lent a number of unique items for the exhibition about which there was only little information in the past because they were hidden in fear of the communist regime. Ludiková said there is a crucifix which is a unique European piece that could also have been a highlight displayed at an exhibition in Prague during the rule of Rudolph II.

Among other valuable discoveries, Ludiková considers those related to the library of the Bishop of Esztergom, Antonius Vrančič, who was a significant patron of the arts during that period and who lived in Bratislava because Esztergom was occupied by the Ottomans. These art works and discoveries make the exhibition exceptional not only for the general public but also for specialists, she said.

“There are absolutely unique items at the exhibition,” Ludiková told The Slovak Spectator. “Even though these exhibits look obscure and may mean only very little to the general public, these really are scientific sensations.”

What: Renaissance, the History of Slovak Fine Arts