THE POPULARITY of online shopping keeps increasing in Slovakia. And while the overall sales value of online purchases did not change much last year due to the economic crisis, less spending money inspired many more people to search for better prices on the internet to the detriment of brick-and-mortar shops. 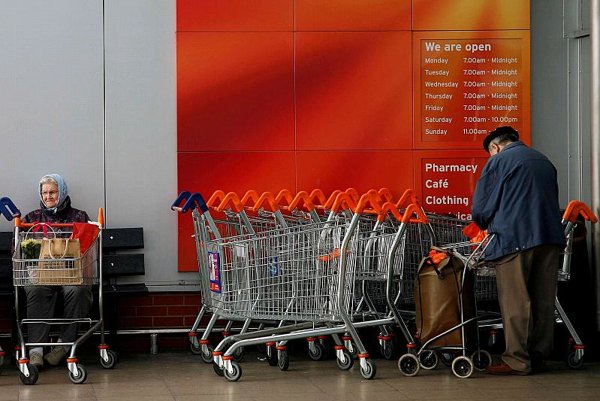 THE POPULARITY of online shopping keeps increasing in Slovakia. And while the overall sales value of online purchases did not change much last year due to the economic crisis, less spending money inspired many more people to search for better prices on the internet to the detriment of brick-and-mortar shops.

“In fact, 2009 was good for online shopping and, surprisingly, the crisis has been helping it a bit,” Jozef Dvorský, the executive director of the Slovak Association of Electronic Commerce (SAEC) told The Slovak Spectator. “The aggregate turnover of our members increased by only 0.9 percent but the number of orders soared by as much as 29.2 percent to 402,397. This means that customers were buying less overall, which was an outcome of the crisis, but more people went to online shops because of lower prices compared to brick-and-mortar stores.”

While in 2008 the average volume of one order was €207.95, it fell to €162.50 in 2009.
According to Dvorský, final figures for 2009 exceeded expectations and even though the growth in the turnover was not two-digit as SAEC members had been used to, there was still some increase and the increase in the number of individual orders “was really huge”.

In mid December the Association of Trade and Tourism of the Slovak Republic (ZOCR) estimated a 20-percent drop in sales compared with the previous year under the pressure of the economic crisis and the movement of some spending to cheaper neighbouring countries, according to the TASR newswire.

“I can again say that this was the most successful year in our history so far,” Meško told The Slovak Spectator. “In spite of the crisis we managed to keep a high increase in turnover, up 46 percent compared with the previous year.”

Meško thinks that the crisis might have paradoxically helped online shopping because people started to be even more price-sensitive and simultaneously they started to look more carefully at the advantages of online shopping. But nobody is able to say whether, without the crisis, these increases would have been even bigger or lower, he said.

“Customers are pondering their purchases more carefully,” Součková told The Slovak Spectator. “Apart from endeavouring to purchase cheaper goods, we have also registered a higher interest in electrical appliances in energy categories A, A+ or A++. Customers are especially purchasing practical things.”

According to Dvorský, the Christmas season, which accounts for as much as one-third of the annual turnover for some online shops, was in line with developments earlier in the year for SAEC members’ shops – the growth was not two-digit as in previous years but nevertheless there was some increase.

“The Christmas season was relatively good when customers went to online shops instead of brick-and-mortar shop in order to shop cheaper,” said Dvorský.

According to Součková, their shopping sites registered a 25 percent annual increase in the number of orders while the turnover went up by 1.5 percent y-o-y. She ascribed this disproportion to a 40-percent drop in the sale of LCD TV sets.

“During this Christmas people bought a higher number of practical presents,” said Součková. “Our strongest category this year was small household appliances.”

In 2009 books were the most popular item bought via the internet, according to SAEC figures. Other popular items included clothing, electronic appliances and admission tickets for various events as well as airline flights and cosmetics. Dvorský said the range of goods and services available via the internet are now very extensive.

“Where I see an opportunity for further development is the online sale of foods with the service of delivering the purchase directly to the home to the purchaser,” said Dvorský. “People know exactly what kind of food they want, they are able to specify these products and this nice niche of the market has not been occupied yet here in Slovakia.”

Dvorský expects a general increase in online shopping in 2010.

“I do not expect any radical changes,” he said. ”We expect growth in sales at about 25 percent and the increase in orders is estimated at 50 percent. If the expected revival in the economy materialises this year, this will also be reflected in online shopping.”

Součková assumes that online shopping will keep growing to the detriment of brick-and-mortar shops due to lower prices. But, according to her, it will necessary to make online shopping more convenient for customers especially with regards to the availability of goods and delivery to the customers.

“In 2010 we will try to get more profiled in the market,” said Součková, adding that at the end of 2009 they launched shopping on the Dunaj.sk domain. “The credo of 2010 will be extra services.”

For Martinus.sk, initial developments in January and February tend to indicate a higher year-on-year increase. While Meško is keeping a lid on all its plans and activities prepared for online shoppers this year, the ambition of Martinus.sk is to at least keep the same growth dynamics from 2009 in 2010.

The possibility to get goods for lower prices on the internet is one of the main reasons why people are shopping online in Slovakia as well as abroad, according to Meško.

“But in recent years other factors have also become more important,” said Meško. “There is now a more extensive offer and assortment and more comfort when shopping as it is not necessary to go anywhere and, at the same time, this is another form of saving money and time.”

Regardless of the general economic development in the country Dvorský expects the number of online customers will keep increasing since part of such shopping is about trust. Customers in Slovakia have already started to distinguish between online shops and know which have built up sound trust. This has changed from the past when customers had linked a bad experience with a particular online shop with electronic commerce in general.

“People return to the online shops with which they have had positive experiences,” said Dvorský.

Concern about safety and security is mostly linked with payments and Dvorský believes that in this area trust is also increasing. This is partially because the most popular payment method in Slovakia is cash on delivery when the customer pays for the ordered goods at the post office or pick-up site when receiving the purchase. Payment via a bank account or a credit card is a standard internet banking operation which is under the complete control of banks.

The structure of payments for goods bought online in Slovakia has not changed. In 2009 almost two-thirds of payments (63 percent) were made in the form of cash on delivery at the post office. Sixteen percent of customers paid cash when receiving the purchase and 14 percent paid via a bank account. Almost 2 percent of customers decided to pay for goods in instalments. In total, instalment purchases accounted to 6 percent of the value of online shopping in 2009, according to Dvorský.

Dvorský does not see foreign online shops as being significant competition for Slovak shops.

“We do not regard them as competition, main competitors are still brick-and-mortar retailers,” he said. “Even though prices especially in overseas shops are lower, in most cases the costs of transport are much higher. Moreover, since online shops operate in line with the legislation of their home country, we warn customers about potential problems with sales returns and certificates of warranty as well as service and maintenance. The ability to pay for goods by the cash on delivery method also aids Slovak online shops as this method is used very little abroad.”