Interblue deal is dead, or is it?

ONE of the most controversial deals signed by the government of Prime Minister Robert Fico is now dead – so heralded Environment Minister Jozef Medveď on March 3 after ending extended bouts of silence in response to media inquiries about how he planned to handle the dubious contract with US-based Interblue Group, which bought Slovakia’s excess emissions quotas in 2008 and also locked Slovakia into a disadvantageous position for future sales. 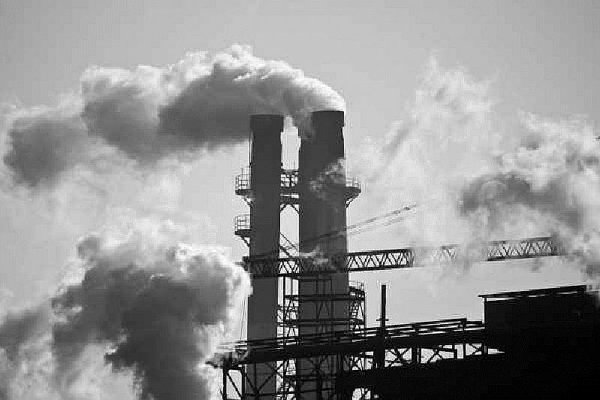 ONE of the most controversial deals signed by the government of Prime Minister Robert Fico is now dead – so heralded Environment Minister Jozef Medveď on March 3 after ending extended bouts of silence in response to media inquiries about how he planned to handle the dubious contract with US-based Interblue Group, which bought Slovakia’s excess emissions quotas in 2008 and also locked Slovakia into a disadvantageous position for future sales.

And after the resignation of Jana Lütken, the only representative of the US-based firm known to have met with Slovak officials, it appeared that the Environment Ministry was left with no one to negotiate with since evidence about the purported successor company, Interblue Group (Europe), had not been provided to the ministry.

On the same day, the political ethics watchdog Fair-Play Alliance called on Prime Minister Fico to take a serious look into the dealings of the environment ministry and dig out answers to questions that have been flying around the Interblue contract for many months.

Minister Medveď said on March 3 that the US-based Interblue Group ceased to exist in December 2009 and that no documents confirming a transfer of ownership rights and obligations to Interblue Group (Europe), a Switzerland-based company, had been submitted to the ministry.

“On the 20th of February I decided that I consider the contract terminated,” Medveď said, as quoted by the Sme daily.

Medveď also stated that the ministry would initiate legal steps to secure a €15 million bonus payment that it believes it is entitled to from one or the other of the two Interblue Groups. The original contract with Interblue Group included a clause that if Slovakia spent the funds from the sale of its excess emissions quotas within the ‘Green Investment Scheme’ (GIS), that is, for environmental projects, the country would be eligible for a bonus payment of €1 per tonne, or €15 million in total.

Prime Minister Fico, who reviewed the ministry during a personal visit on March 3, seemed to be satisfied with the actions taken by Medveď. However, in another comment pointed to the ministry, which originally had been headed by ministers nominated by the Slovak National Party (SNS), the prime minister said that the Environment Ministry must be cursed. After sacking three environment ministers nominated by the party of Ján Slota, Fico locked the doors of the ministry to any more nominees from SNS in August 2009.

Fico restated that the SNS nominees had not managed the ministry properly, clearly noting that the sale of Slovakia’s excess carbon dioxide emission quotas to the Interblue Group took place under the watch of an SNS nominee.

One of those dismissed Environment Ministers, Ján Chrbet, who headed the ministry when the Interblue deal was signed, rejected the charge that SNS nominees had neglected their duties at the ministry, the TASR newswire reported.

Chrbet also denied that either SNS or Fico’s Smer party were in anyway behind the scenes of Interblue Group and claimed that he had acted completely in line with his conscience, adding that that he did not examine the background of Interblue because companies doing business with the state ought to be candid and transparent, TASR wrote.

These statements by Chrbet and Medveď will not likely satisfy the inquiries of the media or the Fair-Play Alliance. The alliance’s executive director, Zuzana Wienk, wrote an open letter to the prime minister attaching a set of questions that the alliance said Medveď must answer for the benefit of Slovak citizens.

“We as taxpayers are very much concerned by the fact that for long months Environment Minister Medveď has not been able to make an account to the public of the steps he has taken to collect the €15 million which the firm Interblue Group from Washington owes to Slovakia as a bonus for the emission deal,” reads the letter sent by Wienk on March 3.

Wienk has previously said that with the passing of time Slovakia’s chances to collect the money worsen and that Medveď had not used any of a number of legal options that were available to him.

“We are concerned that he has personally contributed to reducing Slovakia’s chances to not lose even more on this unfavourable deal than it has lost so far,” Wienk wrote.

Slovakia sold 15 million tonnes of excess emission quotas to the Interblue Group for €75 million at a price of €5.05 per tonne in 2008 – a price which was dubbed by opponents of the deal as highly disadvantageous since Slovakia’s neighbours reportedly sold their quotas at a much better price in the same time period.

The questions that the Fair-Play Alliance addressed to Medveď include, among others: “Has the Interblue Group from Washington or Interblue Group (Europe) until this date acknowledged Slovakia’s claim for €15 million? If not, have you turned to the United Nations’ Framework Convention on Climate Change and the Kyoto Protocol to assess whether Slovakia met the conditions for the bonus payment in the way the contract specifies?”

The Fair-Play Alliance asked whether the minister ever checked whether the dissolved US firm had a legal successor and if he did not, why, and also whether Medveď had taken any concrete legal steps to collect Slovakia’s claims by turning to US courts.

The ministry had been extremely tight-lipped about the Interblue deal until the March 3 press conference.

“The Environment Ministry is working intensively on legal steps but we do not consider it appropriate to be publishing the details,” Jana Kaplanová, director of the communications department of the ministry, told The Slovak Spectator in late February in response to questions about the emissions deal.

Medveď also announced at the press conference that the environment ministry has prepared a sale for an additional 67 million tonnes of excess emission quotas, including 35 million tonnes that had been originally committed to be sold to Interblue under the terms of the contract. The minister said the price for the new sale should be around €8 per tonne, TASR wrote.

“I assigned a clear task to the minister, and I think that this task has been already met, to make it absolutely impossible for the Interblue company to buy even a single ton of emission quotas [from Slovakia],” Fico said, as quoted by the SITA newswire. “I think we have managed this.”