INTERNET and online services have been an important part of life in Slovakia for several years. Most Slovak companies are online and the number of households with internet access is also increasing. Slovakia can more than facilitate this as it has all the most highly-developed technologies for internet connections at its disposal. 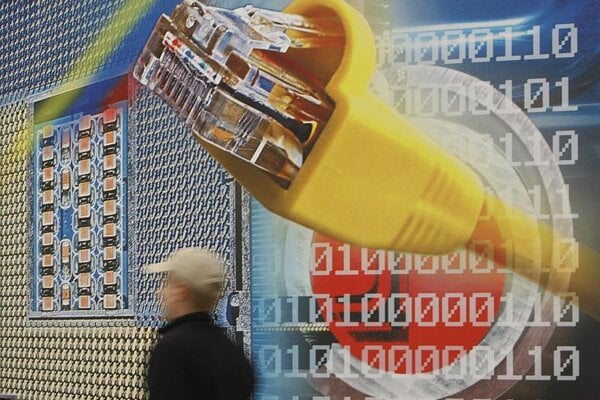 INTERNET and online services have been an important part of life in Slovakia for several years. Most Slovak companies are online and the number of households with internet access is also increasing. Slovakia can more than facilitate this as it has all the most highly-developed technologies for internet connections at its disposal.

“For the time being Slovakia is not lagging behind the most developed countries in internet connection opportunities,” Gustáv Budinský, the executive manager of the IT Association of Slovakia (ITAS) told The Slovak Spectator. “This is proven by an extensive spectrum of connection services from metallic networks (xDSL), FWA (Fixed Wireless Access) networks, via cable modems, broadband mobile services like Flash OFMD, up to very high-speed services on optic-fibre networks, in which Slovakia ranks among the most important pioneers.”

With regards to internet access, mobile broadband connections are used much more often in Slovakia compared with other countries. Mobile broadband is most widely used in Slovakia, but according to Vladimír Murín, who deals with internet access at the Research Institute of Posts and Telecommunications (VÚS), it has some limitations in the volume of data transmitted compared with fixed broadband connections. The second most commonly used connection is DSL, but the optical connection to households (FTTH - Fiber-to-the-home) or buildings (FTTB - Fiber-to-the-building or Fiber-to-the-basement) are also developing quickly. Fixed wireless connection per WiFi technology is also widely used, due to its simplicity and low price, however it has some disadvantages. As it is operated over an unlicensed band, there may be interruption in places where there are a number of networks in operation, according to Murín.

According to statistics published in December 2009 by Eurostat, the European Union’s statistics office, as many as 62 percent of the households in Slovakia had internet access in the first quarter of 2009, putting Slovakia 3 percentage points behind the EU27 average of 65 percent. However this means that internet access in Slovakia more than doubled from 27 percent in 2006. Of all Slovak households, 42 percent had broadband connections, an increase from 11 percent in 2006, putting the country behind the EU27 average of 56 percent.

The situation in the business sector is better, as 98 percent of Slovak companies with 10 or more employees had an internet connection in January 2009 as per Eurostat figures released in mid January 2010. This is 5 percentage points more than the EU average excluding Belgium. While 82 percent of European online businesses were connected via fixed broadband, this figure was at 78 percent in Slovakia.

While the choice of internet provider is generally down to individual households and companies, there are still places in Slovakia where people are more or less off-line. Kozelník, a village close to Banská Štiavnica was recently in the news for this very reason.

Ivan Vráb, the mayor of this 200-strong village with 84 households located in a narrow valley of the Štiavnické Vrchy mountains, complained that his village is still without proper internet access. Mobile phone services are also limited here as it is not considered to be commercially interesting to providers.

“Since that time about six internet providers have contacted me”, Vráb told The Slovak Spectator. “But most of them wanted to connect each house separately, which is not an affordable solution for our village.”

Vráb is pinning his hopes on the Digitálne Štiavnicko project co-financed by EU funds which is aiming to get Banská Štiavnica and its vicinity online.

According to Budinský, small villages are in the worst position when it comes to broadband access opportunities.

“From the economic point of view and especially taking the mountainous landscape of Slovakia into consideration, securing connections is often an insolvable dilemma,” he said. “The usage of mobile broadband services especially on new frequencies (such as fourth generation networks) freed up by the switchover from analogue to digital terrestrial TV known as the digital dividend are being seen as optimal. These types of networks can be in some cases more cost-effective than building a fixed infrastructure.”

Internet on 870 Mhz frequency, which one of the Slovak mobile operators has already tested in one village, could be another solution, according to Budinský. A hybrid model is also a possibility, through building an xDSL node in a more remote municipality and using existing metallic infrastructure while connecting this node to the back-bone network via fixed wireless access.

Optics is the future

Both Budinský and Murín see optic connections as the most promising network connection method for the future.

“This is because it has almost inexhaustible opportunities from the viewpoint of the scope of services that could be provided,” Murín told The Slovak Spectator. “It is unmatched in its transmission capacities and bandwidth. But the problem is the high cost in building optic-fibre networks. Cables would have to be implanted into the ground making this profitable only in areas of higher population density.”

Murín sees the use of wireless systems as another prospect in areas where the building of optical networks is not possible.

“Fourth generation mobile broadband technology known as LTE (Long Term Evolution), which is able to provide adequate transmission capacities would be another option in this case,” said Murín.

Broadband internet has an official definition or definitions, but all date back quite far into the past.

“For example the OECD definition mentions uninterrupted services with a speed of 256 kbit/s,” said Budinský adding that this is quite humorous to some people as it is quite a dated definition from today’s point of view. "For drawing EU funds creators of the feasibility study and specialists have agreed upon an download speed of 1 Mbit/s and upload speed of 512 kbit/s.”

Murín sees broadband as a connection which does not act as a bottleneck and does not limit the end-user from using the service they require. The required bandwidth also depends on services used. For example, the connection should be faster than 2 Mbit/s in order to be able to use a video service. A connection speed of approximately 20 Mbit/s is recommended for online television viewing via the IPTV network.

“For the time being 100 Mbit/s is regarded as the ideal speed for a household connection,” said Murín.”

Budinský believes that it would be a bigger challenge to push the definition of the broadband to faster speeds, but this definition should be valid for each technological alternative, services and especially in keeping within cost effective parameters. ITAS therefore regards this definition [the download speed of 1 Mbit/s and upload speed of 512 kbit/s] for Slovakia as optimal.

“But the possibility of the extension of the definition of broadband for fixed as well as mobile networks to 10 Mbits/s still remains.”