WHAT new charges can be aimed against “privatisation” – sales of state property – during the 1990s in Slovakia that have not already been laid? That the process was ruled by kickbacks, nepotism and discrimination against foreign investors is common knowledge. And that public assets were grossly mismanaged is certain: companies with an accounting value of Sk109 billion were sold off during the four frenzied years of Vladimír Mečiar’s government (1994-1998), but yielded only Sk20 billion in income. 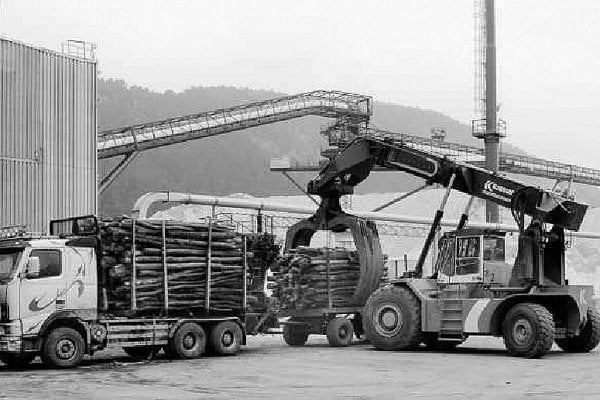 WHAT new charges can be aimed against “privatisation” – sales of state property – during the 1990s in Slovakia that have not already been laid? That the process was ruled by kickbacks, nepotism and discrimination against foreign investors is common knowledge. And that public assets were grossly mismanaged is certain: companies with an accounting value of Sk109 billion were sold off during the four frenzied years of Vladimír Mečiar’s government (1994-1998), but yielded only Sk20 billion in income.

And yet the details of some sales still have the power to shock. The Slovak Spectator recently gained access to documents related to the 1996 sale of Slovakia’s largest paper mill, SCP Ružomberok. These papers reveal secret share transfers, violated contracts, brutal conflicts of interest – and a state administration that tolerated it all.

A piece of the action

At the outset it looked like a generous deal. The privatisation contract for the sale of a two-thirds stake in SCP (today Mondi Ružomberok) called for the paper mill’s employees to be given a piece of the action. Specifically, the buyer, the Eco-Invest firm of local entrepreneur Milan Fiľo, was obliged to give SCP’s 3,500 employees the chance to buy a 15-percent stake in Eco-Invest. This 15-percent stake was never going to make them rich, but workers would at least gain a small interest in SCP, which with an annual turnover of Sk4 billion and a net profit of Sk120 million was then one of Slovakia’s richest factories.

But Fiľo never kept his end of the bargain and SCP employees never saw a single share in Eco-Invest. Instead, three weeks after the sale contract was signed, Fiľo secretly handed a 34-percent stake in his company to an unknown Bratislava firm, Spoločná istota, whose managers had ties to Ivan Lexa, then head of the SIS secret service, and to Mečiar’s HZDS party.

The chairman of the board of Spoločná istota was HZDS MP Igor Pinkava – the same Pinkava who signed the SCP sale contract with Fiľo on behalf of the state.

One of the shareholders in Spoločná istota at the time, Anton Martaus, told The Slovak Spectator he had no memory of owning any SCP shares. When it was suggested his memory lapse was curious, given that the stake had had an accounting value of a billion crowns, he agreed. “Yes, it is strange, I can see that. But those were strange times.”

In 2000 Spoločná istota sold the 34-percent stake back to Fiľo for a pittance, Sk340,000. It is not known if that was the actual sale price. Fiľo did not respond to questions from The Slovak Spectator, and Spoločná istota was quickly liquidated after the deal.

A favour from every government

After buying SCP Fiľo cut a deal with the FNM, the state body that sold property, to postpone the deadline for giving the employees their shares until the end of 1998. He also received special dispensation from the FNM to pay Sk800 million of the purchase price, or about 70 percent, in the form of privatisation vouchers, which de facto amounted to a 70 percent savings.

But for all his close ties to Mečiar's HZDS, Fiľo also managed to win the indulgence of other parties, especially the SDKÚ of the then-new Prime Minister Mikuláš Dzurinda.

Following Mečiar’s ouster in September 1998 elections, Fiľo reached a deal with the new FNM brass in 1999 according to which he would pay a fine of Sk10 million for not fulfilling the employee payout clause, and in return the FNM would not insist on the 15 percent Eco-Invest stake being issued.

Given that Fiľo had paid Sk1.1 billion for SCP and invested a further Sk2.4 billion, the 15 percent Eco-Invest stake was worth at least Sk350 million.

It may have been a windfall for Fiľo, but his deal with the FNM appears to have been against the law. The Commercial Code says that “debtors are still required to fulfil obligations even after any fine for failing to fulfil them has been paid.” In other words, just because Fiľo paid a Sk10 million fine for not issuing the 15 percent Eco-Invest stake to workers, it did not mean he could keep it.

Shortly before the parliamentary elections in 2006 – and now with a third FNM leadership in place – Fiľo managed to arrange an appendix to his original privatisation contract in which the Sk10 million fine was defined as “compensation”, and which stated that in paying this amount, “the clause in question (regarding the employee payout) becomes null and void”. Fiľo proposed the text of the amendment himself.

Attorney Peter Vačok filed a criminal complaint in the case in 2008 with the Special Prosecutor’s Office, alleging that Eco-Invest “by paying a 10 million crown fine gained a 15 percent stake in its own basic capital, worth at least half a billion Slovak crowns”. His complaint was dismissed.

Fiľo’s Eco-Invest today claims that it was unable to hand over the 15 percent stake because “this contractual condition was unclear, unintelligible and unable to be implemented.” In a written statement for The Slovak Spectator Eco-Invest claimed that the contract appendix had been necessary to provide “legal certainty” for the purposes of an international audit.

Then-FNM official Peter Huňor, who signed the appendix, did not explain why he had agreed to absolve Eco-Invest of its obligation to pay out to employees. “The privatising entity submitted a request, paid a fine and then wanted this legal relationship to be formalised in a contract. An appendix was drafted and signed. I have nothing more to add.”

The interesting thing is that as far back as 1999 the FNM had at its disposal a legal analysis of how to withdraw from Mečiar-era privatisation contracts, which had been a key pre-election promise of Dzurinda’s SDKÚ.

“In cases where an important clause in a contract has been violated, the state can withdraw immediately,” stated a report signed by six commercial attorneys.

The SCP privatisation contract between the FNM and Eco-Invest from 1996 states that a failure to fulfil the requirement to issue employees a 15 percent stake “shall be regarded as a fundamental violation of this contract”. But instead of overturning the deal and taking back Fiľo's SCP stake, Dzurinda’s FNM agreed to cancel Fiľo's obligation in return for Sk10 million.

Was the FNM aware that in signing that deal it was gifting Fiľo hundreds of millions of crowns? “I can’t comment on that,” Huňor said. “I don’t remember the exact numbers.”

The irony of this case is that the interests of the SCP employees are now being defended by Štefan Gavorník, who as president of the FNM under Mečiar originally approved the terms of the Eco-Invest deal for SCP. Gavorník is currently chairman of the Eco-Papier Ružomberok NGO, which was set up in 2006 to collectively sue for the rights of the scorned SCP workers.

So far Gavorník et al have lost all court battles regarding the case, even before the Supreme Court.

Most recently, the Ružomberok District Court ruled in 2009 that Eco-Papier was not a party to the privatisation contract and was thus not entitled to demand anything of Eco-Invest.

The court also said Gavorník had not proven that the contract appendix was invalid, and noted that the case may be beyond Slovakia's 10-year statute of limitations. Gavorník appealed, and the matter is now before the Žilina Regional Court.

“For me it will be enough if the workers are compensated,” says Gavorník when asked what he has to gain from any settlement. He says no compensation has been discussed. Would he refuse a bonus if the workers approved it? “It’s not out of the question,” he deadpanned.