THE NUMBER of candidates who will start their campaigns for parliamentary seats soon, or have already done so, was officially rounded out on March 14, the deadline for political parties to submit the names on their lists. Most parties waited until that date to announce their complete lists and there were a few last-minute surprises. 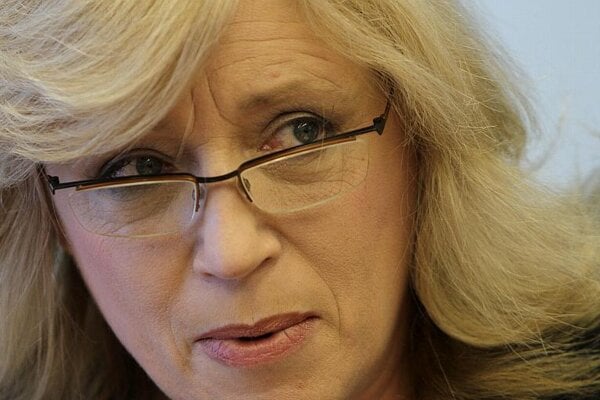 Iveta Radičová will lead the SDKÚ into the elections. (Source: SITA)
Font size:A-|A+

THE NUMBER of candidates who will start their campaigns for parliamentary seats soon, or have already done so, was officially rounded out on March 14, the deadline for political parties to submit the names on their lists. Most parties waited until that date to announce their complete lists and there were a few last-minute surprises.

Altogether 18 political parties have applied to campaign for parliamentary seats in the June 12 election, according to the official announcement from the Central Election Commission (ÚVK). The three ruling coalition parties – Smer, the Movement for a Democratic Slovakia (HZDS) and the Slovak National Party (SNS) – as well as the current parliamentary opposition parties, the Slovak Democratic and Christian Union (SDKÚ), the Christian Democratic Movement (KDH) and the Hungarian Coalition Party (SMK) will all field candidates. Perhaps the most significant parties not represented in the current parliament – given their support in the latest opinion polls – are Most-Híd and the Civic Conservative Party (OKS), which will share a candidate list, and the Freedom and Solidarity party (SaS). Most of the parties have complete 150-member candidate slates, corresponding to the 150 seats in parliament, but four parties have smaller lists. Altogether there are 2,401 candidates registered with the ÚVK at the moment.


“However, even this number is not final, since new facts can come out and some of the candidates might be scored off,” said Lívia Škultétyová, the ÚVK's secretary, as quoted by the SITA newswire.

The number-one spot on the slates of most parties belongs to the party leader, except for the SDKÚ, which is being led by its vice-chair Iveta Radičová.

“The SDKÚ has bet on the change,” political analyst Miroslav Kusý told The Slovak Spectator. “And even though the change has shaken the electorate and still needs to be “swallowed”, the SDKÚ is counting on the positive effect of this exchange – that Radičová is now the leader and that there are faces who have a positive image with the public on the slate.”

Grigorij Mesežnikov, a political analyst and director of the Institute for Public Affairs, said the SDKÚ strategy for this election was to place experts on its slate who had not been directly engaged in politics before but who instead participated in public discourse and tried to present solutions – economists, analysts, and even a judge.

“The same goes for the KDH, which followed the principle of engaging a certain proportion of new faces,” Mesežnikov told The Slovak Spectator, listing economist Anton Marcinčin and lawyer Radoslav Procházka as examples from the KDH slate.

SaS, a non-parliamentary party which according to the polls could have a say in the composition of a new government, has stuck with the principle that no one with what SaS calls ‘a communist past’ can become a party member or a candidate on the party’s slate.

SaS disclosed their final surprise only as their official candidate list was submitted – their number five position will be occupied by Daniel Krajcer, a well-known host of TV political debates. Observers see him as an asset for the party since he is not only a famous face but also has the image of being a sharp and objective critic.

“It’s exactly the type they want to present,” Kusý said.

While the opposition parties bet on changes – either willingly, such as when the KDH changed most of its leadership in 2009, or unwillingly, as was the case of the SMK, which has had to cope with the departure of several high-profile politicians who are now part of Most-Híd party – the slates of the three ruling coalition parties present a more stable image.

Mesežnikov said this stability shows mainly on Smer’s slate which was enriched only by some people that Smer brought into the executive after the 2006 elections, such as Finance Minister Ján Počiatek, who was completely unknown in 2006.

The SNS, which presented its candidates at the end of a week marked by heated debate about its interpretation of patriotism and spiced up by obscene remarks by leader Ján Slota directed towards some of his political opponents, only publicly disclosed its first 10 names, but stressed that all the ex-ministers fired by Prime Minister Robert Fico over scandals at SNS-controlled ministries (specifically, the Construction and Environment Ministries) will be on its list. Former construction minister Igor Štefanov, who was forced to step down only this month, occupies eighth place on the SNS slate.

Observers say the SNS chose this method to take a stand over internal conflicts within the ruling coalition.

“They are demonstrating support to the people who they believe were unjustly prosecuted,” Mesežnikov said. “It’s as if they are trying to distance themselves from all the accusations and show that everything is alright.”

Kusý believes that SNS was also following the idea that they have nothing to lose.

“But it’s hard to say how the electorate will react, since SNS voters are mostly ‘believers’ so to speak, because they give their vote to the party regardless of what has been happening with it,” Kusý explained. He also warned, however, that this stable SNS electorate is diminishing, and that this is proving hard to stop because the SNS has nowhere to turn to attract new voters.

In this context, the SNS will certainly not welcome the fact that Marián Kotleba, the infamous leader of the far-right organisation Slovenská Pospolitosť, which was banned as a political party, has found a way to run in the parliamentary elections. The aktualne.sk online news portal reported that Kotleba and his supporters managed to infiltrate the Party of Friends of Wine and subsequently requested the re-registration of the party as the People’s Party Our Slovakia (ĽSNS). Kotleba’s name was frequently in the media last year mainly in connection with anti-Roma protests in eastern Slovakia, as well as for his candidacy to become the regional president in Banská Bystrica Region, an election in which he received a considerable chunk of votes.

Elections as a marketing tool?

A curiosity among the parties registered for the election is the Paliho Kapurková Merry Political Party. Its slate features only one candidate, Pali Vass, a railway locomotive engineer from eastern Slovakia. At first sight it looks simply like mockery of the election, but just like all the others, it paid €16,596 to be officially registered by the ÚVK.

The Sme daily reported that one of the people behind the party is Igor Brossmann, and that he has also requested the registration of Paliho Kapurková as a commercial brand for alcoholic and non-alcoholic drinks. He is known as a marketing expert, presently engaged in ‘alternative marketing’. If suspicions about the party’s commercial purpose are confirmed, it will be the first instance of this type of practice in Slovakia.