Will the EC raise its eyebrows again?

AFTER Brussels had repeatedly raised its eyebrows over a piece of legislation which stripped individuals of their ability to exercise their rights as members of the ‘concerned public’ in environmental decision-making procedures, the Slovak government in early March amended the law to avoid the danger that Slovakia would be cut off from some EU funding channels. The law was part of a package that the government of Robert Fico produced to speed up highway construction plans, one of its key election pledges. 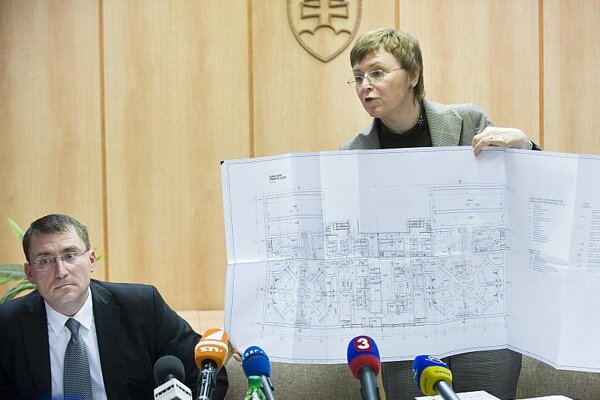 AFTER Brussels had repeatedly raised its eyebrows over a piece of legislation which stripped individuals of their ability to exercise their rights as members of the ‘concerned public’ in environmental decision-making procedures, the Slovak government in early March amended the law to avoid the danger that Slovakia would be cut off from some EU funding channels. The law was part of a package that the government of Robert Fico produced to speed up highway construction plans, one of its key election pledges.

However, freedom of information and environmental watchdogs now say that Slovak lawmakers have in the process produced another reason for the European Commission to be concerned. With one hand parliament has boosted the rights of the public when it comes to environmental impact assessment (EIA) procedures, but with the other it has paralysed the public’s access to documentation on the approval of nuclear facilities.

Earlier this year, the EC warned that Slovakia’s failure to correctly align its national legislation on EIAs with EU rules could lead to the commission issuing what is known as a reasoned opinion – and that this could have implications for money flowing to Slovakia from the European Regional Development Fund and Cohesion Fund.

The watchdogs say the revamped legislation as it is now goes against the constitution. They also have reservations about the way parliament changed the law, suggesting that it contradicted the principles of democracy. The lawmakers, just as they were revamping the Environmental Assessment Act, also, in a last-minute move, modified the Nuclear Act and the Freedom of Information Act.

The country’s nuclear supervisory authority now argues that information on nuclear facilities should be under heavy guard for the public’s own sake, since it could be easily abused. The Nuclear Supervision Office (ÚJD) has suggested that the public will still have all the information it needs, but that publishing detailed technical data, safety feasibility studies or safety evaluations could be hazardous.

“The use of the information included in these documents could be abused for terrorist attacks or sabotage at the given nuclear facility,” the ÚJD said in a release published on its website. “This sensitive information was not published even before the revision of the law.”

One of the watchdogs, Via Iuris, said that the ÚJD has been trying to underplay the gravity of the revised parts of the legislation.

“EU regulations in no way allow for the complete classification of all documentation pertaining to the approval of nuclear facilities,” lawyer with Via Iuris Peter Wilfling told The Slovak Spectator. “Only specific information, publication of which could really endanger security, can be concealed. The EU regulations unambiguously say that ‘sensitive’ information can be blacked out or left out, but that the rest must be provided to the public. Moreover, the current legislation already makes it possible to conceal information which, if published, could threaten the safety of nuclear utilities.”

However, the nuclear supervisory authority argues that the public can learn all the necessary information in the process of judging the impacts of particular projects on the environment. Information about everything the ÚJD does is publicly accessible on its internet site, said ÚJD chairwoman Marta Žiaková.

“On this website is published all the administrative proceedings since 2008, along with the decisions that have been taken,” Žiaková said, as quoted by the SITA newswire. “The ongoing procedures are published not only on the website but also on the official bulletin board.”

According to the ÚJD’s legislative-legal director Martin Pospíšil it is necessary to distinguish between two levels: one is the participation of the concerned public in the process of approval and the other is access to information based on the legislation on free access to information. He suggested in comments to SITA that this legislation allows anyone to request information from a state body and this is why the revision of the so-called info-law which was changed along with the EIA legislation now specifies what cannot be provided to anyone upon request.

However, Wilfling suggests that the public needs certain information in order to be able to participate in the EIA process.

“The information which is available in the process of assessing the impacts on the environment is in no way comparable in terms of the details provided or the scope of elaboration to information available in the process of approval [of nuclear projects],” said Wilfling. “Another problem is that some activities, such as the transport, export and import of radioactive materials, are not subject to environmental impact assessment at all. This means that the public will not have access to any information about these activities.”

Above all, Wilfling said, EU regulations clearly talk about the effective participation of the public in the approval of activities pertaining to nuclear facility.

According to Wilfling, information that should be accessible to the public includes data included in the plans for the decommissioning of nuclear facilities, in documents about securing financial cover for responsibility for nuclear damage, in documents pertaining to the size of a nuclear facility and the size of the area of potential threat posed by a nuclear facility, the plan to protect the public in an area affected by a nuclear project, as well as information about the safety of nuclear power plants. Wilfling also listed information on the underground storage of highly radioactive materials, nuclear waste and its transportation as well as import and export, which he believes should be provided to the public.

“It should be possible for the public, during the process of approval, to file objections on a project and, for example, to propose measures to protect health, security and the environment,” Wilfling said. “The office is obliged to react to these objections.”

If, during the process of approval, the authority violates the law, the public has the option to turn to the courts, which in fact might cancel an illegal approval, the Via Iuris lawyer said.

In terms of how information is released, it should be obligatorily published on the internet, as a precondition of the validity of the permit, just as it is in the Czech Republic, Wilfling said.

“Here it can still happen that if citizens do not notice a permit displayed on the official bulletin board, often located tens or hundreds of kilometres away, they will not be able to affect anything,” he told The Slovak Spectator. “The information should also be published, for example, at the place of the planned construction and at surrounding buildings.”

As for the way that MPs changed the law, Wilfling said that method they used to amend the legal provisions in fact contradicts the basic principles of democracy.

The amending proposals pertaining to concealing of information were presented only one day before the actual adoption of the law. Many deputies did not know at all that the draft also included provisions on concealing information, Wilfling suggested.