THE GLOBAL economic downturn and the murky economic outlook have dampened the enthusiasm of private buyers as well as businesspeople for investing in new cars. Aggregate sales of passenger and small utility vehicles decreased last year, but due to the car-scrapping bonus the fall was less dramatic than it could have been. However, the decline in new car sales looks set to continue in 2010, with people preferring used cars to new ones. With no new scheme to support new car sales on the cards, specialists predict a year-on-year fall of 20-30 percent in 2010. 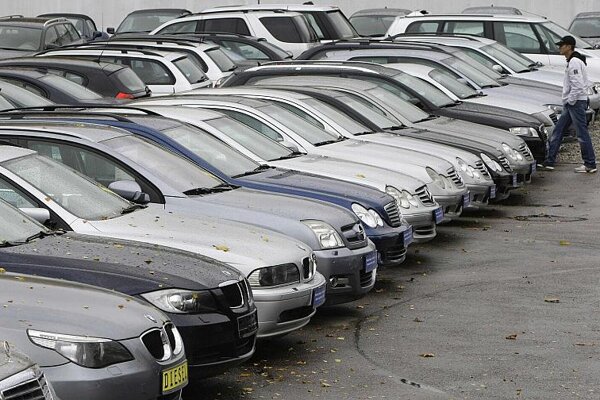 THE GLOBAL economic downturn and the murky economic outlook have dampened the enthusiasm of private buyers as well as businesspeople for investing in new cars. Aggregate sales of passenger and small utility vehicles decreased last year, but due to the car-scrapping bonus the fall was less dramatic than it could have been. However, the decline in new car sales looks set to continue in 2010, with people preferring used cars to new ones. With no new scheme to support new car sales on the cards, specialists predict a year-on-year fall of 20-30 percent in 2010.

“We see the car-scrapping bonus in a very positive way, because scrapping of over 44,000 cars with an average age of 21 years has had a very positive impact on the environment and road safety,” Mária Nováková, the secretary general of the Association of Slovak Automotive Industry (ZAP), told The Slovak Spectator. “We also regard as positive the fact that this scheme influenced in a positive way employment in the sales and maintenance of cars and that 2009 was, from the point of view of car sales, almost equal to the record year of 2008.”

However, even though the bonus scheme helped renew the car fleet in Slovakia, it had only a minor impact on its age structure, according to Nováková. As of January 1, 2010, a total of 1.591 million passenger cars with an average age of 11 years were on Slovak roads.

Without doubt last year’s car-scrapping bonus scheme was the main measure which prevented car sales falling by more. In total there were two waves to the scheme, which the Slovak government introduced last March to help the ailing Slovak car industry and to partially renew Slovakia’s fleet of old cars.

Under the scheme, owners of cars older than 10 years who took their cars to be scrapped by licensed companies received a bonus to purchase a new car.

During the two waves, the Slovak government allocated a total of €55.3 million and secured the scrapping of 44,200 cars. The bonus was a combination of a contribution by the state and car dealers which could amount to a discount of up to €2,000 per new car.

In the end, 4,925, or 11 percent, out of the total 44,200 bonuses remained unused when their validity expired at the end of 2009. Nováková sees behind this a change in the minds of potential buyers.

“I think that some people who originally planned to buy a new car and took their old cars to be scrapped in the end changed their minds, maybe also due to the crisis, and did not buy a new one,” she said.

The car-scrapping bonus affected in particular the sale of small cars. Even though the bonus applied to cars with a price tag of up to €25,000, the average price of cars bought within the scheme, before the subsidy applied, was just under €11,800.

Of cars sold under the bonus scheme, the Renault Thalia model was the most successful, followed by the Škoda Fabia 2 and the Kia cee’d, according to ZAP statistics. These sales also affected the ranking of the best-selling brands in Slovakia.

While Škoda managed to keep its traditional first place, even though its market share shrank from 19.18 percent in 2008 to 16.74 percent in 2009, Renault replaced Volkswagen, which 2009 fell to sixth place, in second. Renault’s market share increased by 4.69 percentage points to 10.69 percent during 2009, while VW’s decreased by 2.22 points to 6.21 percent. Peugeot remained in third position, with its share increasing by 0.74 points to 7.76 percent. Kia replaced Citroën in fourth position, extending its share by 1.54 points to 7.02 percent. Citroën was fifth, with a small increase in its market share of 0.28 to 6.88 percent.

Škoda Auto Slovensko said it was satisfied with demand for its cars in Slovakia last year, bearing in mind that 2009 was a demanding year for car producers as well as dealers.

“The crisis caused the situation in the car market to differ significantly from what we were used to in the past,” Škoda Auto Slovensko spokesperson Lucia Busquet told The Slovak Spectator. “The car-scrapping bonus also considerably affected the development of the market.”

Busquet pointed to Škoda’s extensive network of car dealers and service agents as being the brand’s advantage in Slovakia compared to others.

Renault Slovensko, which sells Renault cars in Slovakia, was pleased at its move up to second position in the best-seller list.

“There is a set of extra factors which make Renault and its cars interesting for clients,” Peter Slánský, market manager for Renault Slovensko, told The Slovak Spectator, mentioning its wide range of models, in which he said every client was able to find a car to fit his or her requirements, the young model line-up in which Renault managed to launch brand new or face-lifted models in almost all segments over the last two years, as well as its pricing policy and close cooperation with corporate clientele.

Last year, Kia climbed into the group of most-sold cars in Slovakia.

Nováková ascribed its success partly to the presence of Kia in Slovakia. Its cars, which Kia Motors Slovakia manufactures in Teplička nad Váhom, are regarded as ‘Slovak’.

The same effect also benefits PSA Peugeot Citroën Slovakia in Trnava. But primarily Nováková ascribes the popularity of Kia’s cee’d, Peugeot’s 207 and the Citroën C3 Picasso, all of which are produced in Slovakia, to the fact that with these models their producers have met the requirements of Slovak car buyers.

Car sales so far this year indicate a tough year ahead for car dealers. No new car-scrapping bonus scheme has been announced and changes in VAT rules, for example allowing businesspeople to deduce the VAT on any passenger car they buy as of the start of 2010, are not regarded as being enough to boost car sales significantly.

Sales of passenger and small utility vehicles decreased by 3.03 percent to 8,229 units during January and February 2010 compared with the same period of 2009, according to ZAP.

“The first two months of 2010 indicate that we are getting to the sales level of 2004, which means that the drop in sales this year may be roughly 20-30 percent compared to 2009,” said Nováková. “The crisis has not faded yet and businesses as well as citizens are putting off buying cars because the situation in the global economy has not yet stabilised.”

Moreover, last year the bonus scheme reduced the sale of used cars in Slovakia and already, in January and February, imports of used cars exceeded the registration of new passenger and small utility vehicles. It is expected that this trend will continue during the course of 2010.

According to Silvia Tajblíková, spokesperson for Kia Motors Sales Slovakia, the seller of Kia cars in Slovakia, there is also reduced interest in the B-segment cars which were foremost among those sold under the bonus scheme.

Busquet of Škoda Auto Slovensko expects a partial revival among corporate clients in the purchase of new cars because many companies last year put off their planned purchase of cars to renew car fleets.

“Compared with last year it is clear that Slovak clients are still cautious when planning their spending,” said Busquet. “During the first months of this year we have seen an increased interest in cars of lower-mid class.”