THIS YEAR will be another challenging one for the automotive industry in Slovakia. Demand for cars in Slovakia and abroad will be of key importance for carmakers as this will affect employment, investment and the number of cars that roll off the assembly lines this year. The carmakers in Slovakia are not too optimistic, as they expect an overall drop in demand. But instead of taking a wait-and-see attitude they have opted for a proactive approach with new investments and new models, and are also aiming to attract customers with models that are more environmentally friendly. 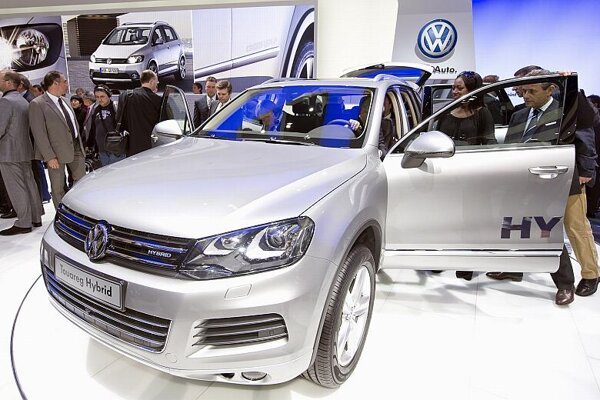 THIS YEAR will be another challenging one for the automotive industry in Slovakia. Demand for cars in Slovakia and abroad will be of key importance for carmakers as this will affect employment, investment and the number of cars that roll off the assembly lines this year. The carmakers in Slovakia are not too optimistic, as they expect an overall drop in demand. But instead of taking a wait-and-see attitude they have opted for a proactive approach with new investments and new models, and are also aiming to attract customers with models that are more environmentally friendly.

“We expect that 2010 will be the year of stabilisation,” Mária Nováková, the secretary general of the Automotive Industry Association of the Slovak Republic (ZAP), told The Slovak Spectator. “Overall car production is expected to be at the level it was in 2009.”

Nováková added that it will be interesting to watch the launch of the New Small Family line of cars at VW Slovakia towards the end of this year.

“The automotive industry in Slovakia is export-oriented and demand from world markets has a significant influence over it,” Vladimír Machalík, Volkswagen Slovakia’s spokesperson told The Slovak Spectator. “Thus the development in demand for cars on the biggest world markets will be the key factor for our plant.”

In anticipation of Up!

Last year was not a very good year for Volkswagen Slovakia as interest in larger and more expensive models decreased due to the economic crisis. Good news arrived in April when VW Group picked the Bratislava plant as the production site for its New Small Family line of cars. The decision will result in an investment of €308 million and an increase of 1,500 people in the company’s labour force. Thousands of other jobs are also expected to be created for subcontractors.

Volkswagen Slovakia is now intensively preparing for production of the New Small Family line of cars. Under this line it will produce the ultra-compact Up! city cars under the brand names of VW, Škoda and Seat.

Currently, Volkswagen Slovakia produces the Touareg, Audi Q7, and Škoda Octavia models and bodyshells for the Porsche Cayenne. It will cease producing the Škoda Octavia during the second quarter of 2010 to free production space for the New Small Family cars. The plant has already received the go-ahead from the Environment Ministry to expand the paint shop in its Bratislava factory within the Environmental Impact Assessment (EIA) procedure. The Slovak government also approved investment stimuli for the project in the form of tax allowances exceeding €14 million in December 2008, according to the SITA newswire. The start of production of Up! cars is planned for 2011. The aggregate production capacity of Volkswagen Slovakia will increase to 400,000 units.

“This year will again be challenging for the automotive industry in Slovakia,” Peter Švec, the spokesperson of Trnava-based PSA Peugeot Citroën Slovakia, told The Slovak Spectator. “We expect the European market to drop by about 9 percent. According to forecasts, only the Chinese market, in which PSA is also present, should grow. In Europe and Slovakia there will be a fight for new customers.”

PSA Peugeot Citroën Slovakia is pinning its hopes on its environmentally-friendly cars with low fuel consumption and CO2 emissions. But it does not expect its almost 10-percent recent growth in car production to be repeated in 2010.

“Even though 2010 started very positively for us thanks to the damping-out effect of the car-scrapping bonus, we expect a moderate year-on-year drop in production this year,” said Švec. “Orders will follow demand in the market, which is expected to decline.”

In spite of this, employees of PSA Peugeot Citroën Slovakia do not need to worry for their jobs as the company agreed in the recently negotiated collective agreement beginning in January that no employees of the Trnava-based plant will be laid off for organisational reasons in 2010 and 2011. The plant also increased wages in January, according to Švec.

The Trnava plant manufactures two 'B segment' models – the Peugeot 207 and the Citroën C3 Picasso. This year the plant is not planning any new model but it is preparing novelties in the form of better engines with lower CO2 emissions.

“Our ‘eco-attitude’ is visible in the scope of the models we manufacture: cars with emissions below 126g CO2/km accounted for almost 60 percent of our car production in 2009,” said Švec. “For the C3 Picasso models with diesel engines we managed to reduce emissions from 126 grams to 119 grams of CO2/km. In 2009 we also started installing petrol engines complying with Euro 5 emission standards into the Peugeot 207 models, almost two years ahead of the deadline required by legislation.”

Kia Motors Slovakia in Teplička nad Váhom near Žilina also expects demand for cars from European markets to decrease over 2010.

“In spite of these unfavourable forecasts we will try to produce more cars in 2010 than in the previous year,” Dušan Dvořák, the company spokesperson, told The Slovak Spectator. “The new models Hyundai ix35 and Kia Sportage in particular should contribute to the increase in manufactured cars.”

Kia Motors Slovakia, the most recent carmaker to arrive in Slovakia, and the South Korean manufacturer’s only plant in Europe, launched serial production of its brand new Hyundai ix35 model at the beginning of 2010. At the end of 2009 and the beginning of 2010 the plant adjusted production facilities enabling the start of production of a new Sportage model in June 2010. The company also plans to change the design of its three-door version of the cee’d model in the second half of 2010.

In the area of personnel policies Kia Motors Slovakia wants to focus on maintaining its employment level and raising the qualifications of its employees.

The company is also finalising preparation of a project to construct a new plant for engine production.

“The construction itself should be launched in April,” said Dvořák.

The company confirmed the investment on March 18, according to SITA.

The Slovak government approved an investment incentive of over €15 million in the form of tax allowances for the project in July 2009, according to the SITA newswire. Production in the new facility should be launched by the end of 2011. The carmaker plans to invest €100.5 million in the new plant, which should create over 270 new jobs by 2012. The company will increase its current engine production of 300,000 units annually to the planned level of 450,000. Up to 90 percent of the engines manufactured in Slovakia will be exported.

The first hybrid car from Slovakia

Pressure to behave in a more environmentally friendly way has been intensifying around the globe. In response, Volkswagen has introduced its first hybrid car – a Volkswagen Touareg Hybrid which will be manufactured at the Bratislava plant.

“VW Slovakia has become not only the first plant in the VW family, but also the first carmaker in Slovakia to produce a car with a hybrid powertrain,” Machalík told the Slovak Spectator.

Volkswagen Slovakia confirmed the planned production of the much-anticipated hybrid car in February and announced that it will be part of a new generation Volkswagen Touareg.

“Together with our skilled and motivated employees, we have proved our ability to manufacture these state-of-art vehicles,” said Andreas Tostmann, chairman of the board of directors at Volkswagen Slovakia, as quoted by SITA on February 11.

The new SUV will replace the first generation of Volkswagen Touareg on all global markets following a transition phase.

During this period Bratislava will produce vehicles of both generations simultaneously.

Production of the first generation Touareg is expected to end in March 2010. The second generation vehicles will be introduced in early April in Germany and the new SUV will then hit other markets.

Hybrid cars use two or more distinct power sources. The term most commonly refers to hybrid electric vehicles which combine an internal combustion engine and one or more electric motors.

The Touareg Hybrid, with its V6 TSI motor and an electric E-motor, uses the V6 petrol engine for higher speeds. Meanwhile energy from the engine can also be used to charge the battery. The battery also charges when the car brakes as it is able to capture the kinetic energy.

The electric motor is able to power the car when accelerating, which is especially useful in reducing fuel consumption when driving in cities.

“When the V6 TSI and E-motor work simultaneously, a total power of up to 279 kW/380 PS is generated with a maximum torque of 580 Newton-metres as measured on the dynamometer,” said Machalík.

“Yet, it sets standards among fully off-road SUVs with petrol engines with a fuel consumption value of just 8.2 litres fuel per 100 kilometres. The Touareg Hybrid can be driven up to 50 kilometres per hour in purely electric mode - emission-free.”