THE BALLET ensemble of the State Theatre in Košice introduced itself to the Italian city of Bologna on March 22. 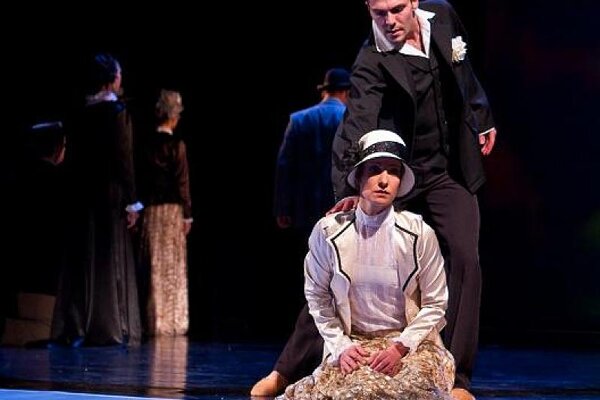 THE BALLET ensemble of the State Theatre in Košice introduced itself to the Italian city of Bologna on March 22.

“On the eve of the festival opening of the International Bologna Children’s Book Fair 2010, we performed our latest multi-media dance show named M.R. Štefánik, which premiered in our theatre on December 18, 2009. It was written by Ondrej Šoth and Zuzana Mistríková, choreographed by Šoth, Maksym Skľar, Ľudmyla Vasylieva and Juraj Kubánek,” the SITA newswire was told by Pavol Hrehorčák, production head of the ballet.

The ensemble performed Štefánik in the Arena del Solo in the Italian city and this was the first time that it was performed away from the Košice stage.

“Slovakia takes part in this festival regularly, but unlike other years, this year we were an honorary guest for the first time. The programme presenting Slovak culture within the Bologna Book Fair is divided into two parts: one takes place at the fair grounds where only professionals are admitted and the second part is directly in the city,” Svjatoslav Dohovič, spokesperson of the Košice theatre (SDKE) explained.

In addition to the ballet, the fair offered exhibitions of Slovak illustrations, expert seminars on European children’s literature in which Slovak painter Dušan Kállay took part, as well as a presentation on modern Slovak fairytales, led by writer Ján Uličiansky who also presented his most recent fairytale called Four Elves and a Fairy, which recently premiered at the Košice theatre.