SOCIAL companies, the favourite pet project of Slovakia’s Labour Ministry, have been under Brussels’ magnifying glass now for several months. At home, eight pilot companies, fed by European cash and intended to provide opportunities for the socially disadvantaged, have come in for heavy criticism over what the local media have labelled suspicions of cronyism. 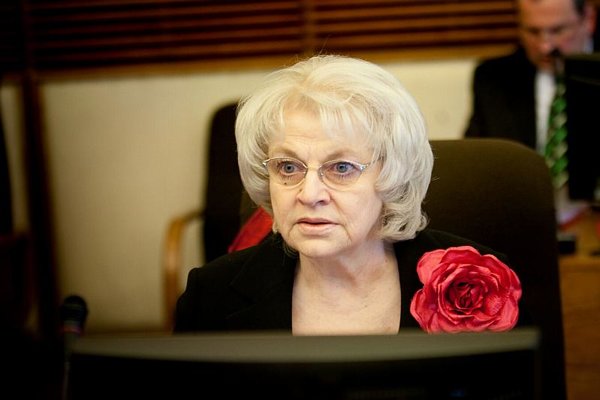 SOCIAL companies, the favourite pet project of Slovakia’s Labour Ministry, have been under Brussels’ magnifying glass now for several months. At home, eight pilot companies, fed by European cash and intended to provide opportunities for the socially disadvantaged, have come in for heavy criticism over what the local media have labelled suspicions of cronyism.

European Commission auditors carried out a systems audit in November 2009; checked on the projects in December; and, after a January meeting, have now summed up their findings in a draft report. It spells trouble for Slovakia.

The EC draft systems audit report for employment and social inclusion states, among other things, that during the audit at one social company, Arvik Social Enterprise, “the presence of indicators of serious fraud was identified by the audit team during the on-the-spot verification of this operation.”

According to the draft, signed on March 1, 2010, a potential collusion was detected between the social company and other enterprises in terms of supplies, production facilities, production processes, sales and employees.

The report also noted that “As a result of subsequent national control/audit efforts, the nature of the findings was confirmed by the national authorities. Therefore the operation was cancelled and … the necessary criminal/legal proceedings initiated.” The auditors recommend that no further expenditure incurred by the project may be declared in the future.

As for another social company, Revúcky sociálny podnik, the auditors identified “public procurement deficiencies … in the purchase of assets, as the values of the contracts are above the community thresholds. However, a national procedure called ‘below threshold’ is repeatedly applied where the required level of competition is not sufficiently ensured”.

The auditors also detected a case of unlawful splitting of contracts: “Several production machinery items of a similar nature … were procured by separate contracts in a short period of time where, in the auditors’ view, a single procurement could have been applied reaching a better cost/efficiency ratio,” the report reads.

The report was supplied to the media by Miroslav Beblavý, a former deputy labour minister who is standing as a candidate for the opposition Slovak Democratic and Christian Union (SDKÚ) in the forthcoming general election.

“This report unambiguously says that all the expenses for the eight pilot social companies are unjustified due to unauthorised state assistance,” said Beblavý, who previously worked for the Slovak Governance Institute think tank and has followed the fate of the pilot social companies from their very inception.

According to Beblavý, in the case of two specific companies where Slovakia submitted requests to Brussels for reimbursement of costs, the European Commission has found in a detailed analysis additional serious shortcomings including fraud, cronyism and embezzlement. As a consequence, €11.3 million that Slovakia has spent on social companies will not be covered by European funds but will have to come directly out of taxpayers’ pockets instead, Beblavý told The Slovak Spectator.

Labour Minister Viera Tomanová dismissed the report as “a non-public draft” and accused the opposition and media of being involved in a witchhunt and of ridiculing social companies. However, she did not dispute the report’s authenticity.

“In this moment, and those are rules of the European Union, I have no reason to comment in any way on this draft, which is at the level of opinions and which will be explained only after the delivery of the Slovak version of the report,” Tomanová said during a political talk show broadcast by TV Markíza on March 21.

The Slovak Spectator sought comment from the Labour Ministry regarding social companies but received no response to its questions by the time it went to print.

Tomanová admitted on March 17 that following the ministry’s withdrawal from its contract with Arvik Social Enterprise in December 2009 the remaining seven social companies might have problems in terms of the state assistance they have already received, the SITA newswire wrote.

The minister claimed that Brussels itself does not have a clear vision about state aid for social companies.

However, Beblavý said the Labour Ministry’s scheme has deviated from the original idea of social companies.

“The Slovak practice of so-called social companies was also about how to give money to people with political or personal ties, using the justification of helping the unemployed,” Beblavý told The Slovak Spectator. “The number of people who have really got a job or effective education [through social companies] is minimal.”

Abroad, ‘social company’ is a general term for an organisation that combines business and social goals, ranging from non-profit organisations up to normal businesses, said Beblavý.

“These organisations must, however, observe rules on state support and individuals cannot enrich themselves at the expense of public resources,” Beblavý said.

Beblavý said the ministry should immediately terminate all eight social company pilot projects and examine the issue of state aid in the cases of other so-called non-pilot companies, “so that Slovakia does not have to return additional money”.

Meanwhile the opposition Christian Democratic Movement (KDH) said that the labour minister should consider resigning over the pilot social companies, and the unwanted attention they have attracted from Brussels.

“The European Commission, based on its audit, has arrived at the conclusion that it will not finance such projects,” said KDH chairman Ján Figeľ.

According to Figeľ, the pilot projects’ shortcomings suggest either ignorance or lack of competence or, even worse, fraudulent intentions.

Prime Minister Robert Fico said in early March that he would back Tomanová if the problem with social companies only concerned provision of state assistance. However, the draft report has also shown up flaws in the area of procurement.