New airlines not deterred by failures

THE AIRLINE BUSINESS has turned into a rather bumpy ride of late for those plying the central European skies. The heavy landing of SkyEurope and Seagle Air, which both went bankrupt last year, was expected to deter those toying with the idea of operating an airline out of Slovakia. 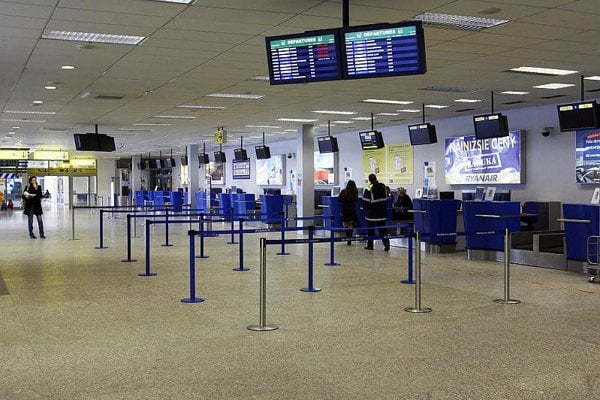 THE AIRLINE BUSINESS has turned into a rather bumpy ride of late for those plying the central European skies. The heavy landing of SkyEurope and Seagle Air, which both went bankrupt last year, was expected to deter those toying with the idea of operating an airline out of Slovakia.

Yet, as many as four companies have recently applied for an air operator’s certificate (AOC) with the Slovak Civil Aviation Authority (CAA). Some of the applicants are planning to focus on operating charter flights and are hoping to attract the interest of travel agencies and tour operators, while one intends to provide exclusive services for VIP clients. But analysts say that founding an airline without foreign capital is close to impossible and have expressed scepticism about the Slovak market’s potential to support an airline.

Slovak CAA spokeswoman Petra Pastýriková confirmed that applications for the certificates had been submitted but remained tight-lipped about the identity of the airline hopefuls.

The Sme daily reported that one of the applicants is AirExplore, which plans to specialise in charter flights. The business intends to launch in Italy.

"Initially we will focus on charter flights and wet lease of aeroplanes," AirExplore’s authorised representative Miroslav Polonyi said, suggesting that the company's focus, at least to begin with, would be outside the Slovak market. "It is not good to found the business model of a start-up airline here at home."

Polonyi suggested that during the next summer season the company might address Slovak tour operators. AirExplore is expected to operate a 150-seat Boeing 737-300.

Another applicant is the Czech firm Travel Service, which hopes to fly about 300,000 tourists a year from Slovakia. Airline spokeswoman Vlaďka Dufková said that the airline wants to operate business through its subsidiary. The company's application for a business licence at the Transport Ministry suggests that the company might sell spare capacity on charter flights to individual customers, as it does in the Czech Republic.

In Slovakia, most travel agencies selling foreign holidays have already signed contracts with Travel Service. However some are still searching for an airline partner. Since Bratislava-based Air Slovakia lost its AOC earlier this month, travel agency CK Aeolus, for instance, has had to seek a new partner. CK Aeolus was last year ranked the fifth-largest travel agency in terms of revenues. Another large travel agency, Alextour, is in a similar position.

The Slovak Transport Ministry suspended Air Slovakia's commercial licence on March 5 in the wake of a decision by the CAA on March 1 to suspend the carrier's AOC. While renewal of the commercial licence is an administrative procedure, the company will only get its AOC back when the requirements of the CAA are met.

The ministry said it had to suspend Air Slovakia’s commercial licence because its AOC, which is one of the conditions for operating flights for payment, had been withdrawn.

"If we had not already checked the interest of travel agencies, we would have not gone ahead," Vavroš said.

An influential Czech businessman, Daneš Zatorský, and his group Geofin stand behind the airline. The group has been involved in airlines such as Job Air, Central Connect Airlines and the aviation repair company CEAM at Ostrava Airport. In cooperation with the French firm Qaps in Ostrava, the group will also build a new paintshop for aircraft. The charter operator also has a contract with the largest Czech travel agency, Vítkovice Tours, which specialises in holidays to Croatia.

Another applicant is Poprad-based Tatra Jet Ltd, which has changed its trade name from Air Business in February. Its authorised representative, Peter Beník, said the company would focus on VIP clients and serve as an air-taxi. Beník, who in the past worked for the company VIP Wings, suggested that the firm wanted to focus on the foreign market.

"I am convinced that it has a future," Beník said, adding that he has a portfolio of clients.

An analyst with the consulting firm Mag Consulting, Jaromír Beránek, said that airline businesses must have very strong capital backing.

"If a company is established in Slovakia, it then has to search for clients somewhere else," Beránek said.