EVEN though the electricity market has been fully liberalised since mid-2007, that market was not put into motion until 2009 with the impacts of the economic crisis. More customers started to switch to alternative power suppliers last year, which has boosted competition in the market. Traditional power suppliers have reported that customers are changing suppliers, which has pushed traditional suppliers to behave more proactively and enhance their services. 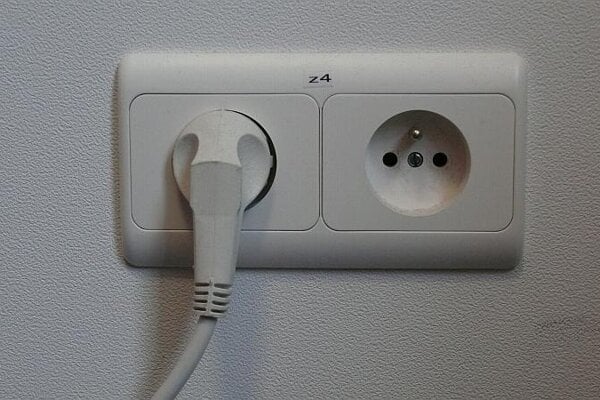 EVEN though the electricity market has been fully liberalised since mid-2007, that market was not put into motion until 2009 with the impacts of the economic crisis. More customers started to switch to alternative power suppliers last year, which has boosted competition in the market. Traditional power suppliers have reported that customers are changing suppliers, which has pushed traditional suppliers to behave more proactively and enhance their services.

“Liberalisation has certainly brought competition,” Peter Marčan from the Energy Security Institute think-tank told The Slovak Spectator. “For now corporate clients are primarily the ones benefiting from the current situation, while in the household segment the competition is limited to one or two alternative suppliers. It is natural that the alternative players without service infrastructure such as a call centre, accountability centre and others, are interested rather in clients with higher consumption.”

The development in Slovakia is similar to that abroad, according to Marčan. Alternative suppliers first entered the market of large companies, followed by mid-sized companies, and only then did they enter the household market. This was linked also with legislation, which liberalised these markets gradually.

Households have only had the opportunity to choose a power supplier since July 1, 2007.

In Slovakia the electricity market for households and small companies is open but prices remain be regulated. The Regulatory Office for Network Industries (ÚRSO) sets maximum prices for these two segments.

“The increase in the number of alternative power suppliers is obvious,” Miroslav Lupták, the spokesperson of ÚRSO told The Slovak Spectator, adding that compared to the previous year the number of changes in suppliers increased significantly in 2009.

“Thus, it can be said that the entry of alternative suppliers has put the power market in motion and it is now possible to speak about real competition, which is to the benefit of customers,” said Lupták, adding that for 2010 ÚRSO issued a total of 98 price decisions to power suppliers to supply power to small companies (up to the annual consumption of 30,000 kWh) and 31 for power supply to households.

Participants in an energy conference held in December 2009, estimated that about 20 percent of power consumed in Slovakia is supplied by alternative suppliers, according to the press releases of Slovak Power eXchange (SPX), running the first Slovak internet portal for trading power.

The alternative supplier Magna E.A. entered the electricity market in 2007 seeing the huge potential of the freshly created market. Magna aims to provide its customers quality services for lower prices than its competition. It sells power to all kinds of end-consumers of electricity across Slovakia, i.e. large companies, small and medium-sized firms as well as state organisations, municipalities and households.

“During the last three years we have grown and become a responsible supplier,” Martin Ondko, legal representative of Magna E.A. told The Slovak Spectator. “We are very glad that we have managed to get many small and mid-sized customers, but also a number of prominent ones."

Among them are a ministry, some embassies, hospitals, municipalities as well as companies, for example Dalkia and the dockyard Slovenské Lodenice Komárno, according to Ondko.

The Czech energy group ČEZ also entered the Slovak market of end-customers in 2007. On January 1, 2008, it launched ČEZ Slovensko and the volume of electricity sold increased tenfold in that first year. Its interest in Slovakia stems from its long-term involvement in the Slovak energy sector as it is one of the biggest investors in new energy generation facilities.

“Our ambition is to have a leading position in the sale of power to end-consumers, not only in the segment of large clients, but also small and medium-sized companies,” Márius Hričovský, executive managing director of ČEZ Slovensko told The Slovak Spectator, adding that the company is also eyeing the regulated market. Whether it will also enter this market will depend on the results of an internal analysis.

For the year 2010 ČEZ Slovensko has contracts with over 250 clients across Slovakia, which includes all sizes of companies in the automotive, machine and food industries, as well as retail chains, among others, according to Hričovský.

The dominant power producer in Slovakia, Slovenské Elektrárne, also entered this market. In March 2009 it launched its subsidiary SE Predaj to supply electricity directly to end customers. As SE wrote in its company magazine, one of its clients is also steelmaker US Steel Košice and that electricity supply orders for 2010 make it the biggest supplier of the new players on the market and the fourth most important supplier in general.

All three traditional electricity suppliers ZSE, SSE and VSE agree that opening the electricity market brings in competition, pressure on prices to the benefit of customers and contributes to better customer service. On the side of companies it has brought them an opportunity to look for new customers.

ZSE, SSE and VSE have reported a change in the number of customers, while some customers have already returned after an alternative supplier has failed to meet their expectations. Residential clients can change their supplier at the end of each quarter.

After the arrival of alternative suppliers large companies started to look for supplies through electronic auctions. Middle-sized companies also hold tenders, according to Ján Orlovský, ZSE spokesperson. Nowadays all bigger companies buy electricity via a tender, according to him. For the supplier it means a more active attitude toward clients and a widening of the service portfolio.

ZSE Energia, a subsidiary of ZSE responsible for selling electricity to customers, has over 920,000 residential customers and about 40,000 retail and business customers each with 0-2 GWh annual consumption. The number of top customers with consumption over 2 GWh, exceeds 300, according to Orlovský.

“The numbers are changing year-on-year as well as quarter-on-quarter as the legislation allows customers to do this,” Orlovský told The Slovak Spectator. “The outflow towards alternative suppliers has not been dramatic so far, as it accounts for a few hundred clients in the business sector, but on the other hand it is not negligible. Thus ZSE Energia has been adopting a range of marketing and product measures to keep clients.”

SSE sells electricity to almost 700,000 customers, with more than 10 percent of those being corporate clients.

“Our numbers of customers are not changing fundamentally since the flow of customers between suppliers goes in both directions,” Jana Bolibruchová, spokesperson of SSE told The Slovak Spectator. “In 2010 we’ve registered more incoming customers than outgoing while former customers have returned after their expectations with alternative suppliers did not materialise.”

VSE sells electricity to more than 500,000 households and more than 20,000 corporate clients.

“Since the arrival of alternative suppliers we have registered only a moderate outflow of customers accounting for a few percent,” Andrea Danihelová, VSE spokesperson told The Slovak Spectator.