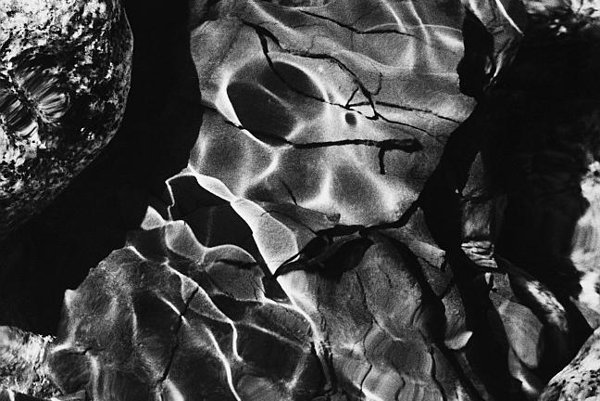 (Source: Courtesy of the Central-European House of Photography)
Font size:A-|A+0

THE CENTRAL-European House of Photography in Bratislava exhibits the photographs of Martin Martinček, who rose to fame thanks to his detailed pictures (up to the size of macro-photographs) of nature’s phenomena and elements. The exhibition Lights in Waves – Svetlá vo vlnách shows until April 11 (for admission fee €1) his pictures from the years 1963-65. For more info, call 02/5441-8214, or see www.sedf.sk.

A. Glazunov’s Raymonda and P. I. Tchaikovsky’s Serenade – The Slovak National Theatre extracted the most interesting pieces from both these classical ballets, choreographed by J. Chang (Raymonda) and G. Balanchine (Serenade), and performs them in the beautiful setting of the SND’s historical building.

Veľkonočný koncert - In the historical building of the National Theatre, the Slovak Philharmonic and Slovak Philharmonic Choir conducted by Petr Vronský give an Easter Concert featuring Takashi Yamamoto on piano and performing works by P.I. Tchaikovsky, J. Brahms and I. Stravinsky.

Galandovci – Artists around Mikuláš Galanda (Kompánek, Laluha, Paštéka, Tóth and others) were allowed to exhibit, especially as a group, only in the 1950’s and for some time in the 1960’s. Though very progressive and interesting, they were accused of bourgeois decadence and prohibited. They appear in such a composition only after several decades.

C & M Language school, Piešťany spa, the town of Piešťany and patisserie Monsalvy organised the Easter Egg Hunt, with the help of the Easter bunny; starting at the terrace of the Balnea Hotel’s café. This originally German habit, not typical for Slovakia, is meant for children under nine.


EASTER AT THE MUSEUM:

The Bojnice Castle Museum has prepared some surprises and programmes to lure visitors also during Easter holidays. Every visitor with a decorated Easter egg gets a price reduction.

The SNP Square will host a traditional Easter market from March 31 to April 1, with the local country band Pacipacifik playing from 16:00 on April 1.

PATER NOSTER – The Choir of the State Opera will perform an Easter concert consisting of works of various composers from Romanticism up to now – variations of the Lord’s Prayers (Our Father) in Latin, Aramaic, Old Slavonic, Slovak, Italian, French and Czech languages.

Variácie krajiny Spiša – The Vila Flóra branch of the Tatra Gallery hosts an exhibition of Štefan Jakubec’s works, showing the eastern-Slovak Spiš region in its manifold forms and aspects.

THE OPERA house in Košice will host the Krakow Opera on March 31, performing Giuseppe Verdi’s famous work Rigoletto, with Polish artists lead by Aurelio Canonici and directed by Henryk Baranowski. This evening at the Štátna opera Košice will surely be an exceptional experience for opera fans and - connoisseurs. The tickets cost from €3.50 to €13. For more info, call 055/2452-269; or visit www.sdke.sk.

The Romanian pop band MORANDI (Marius Andrei, Stefan Ropcea) which grew popular thanks to the hit Beijo in 2005 comes to Slovakia to present its hot new album that was released in February. The concert will also bring the Czech duo Verona with Markéta Jáklová and a disco until the early morning hours.