THE SECTION of the D1 highway which connects Liptovský Mikuláš and Poprad is limiting the natural migration of game animals between the High Tatras and Low Tatras mountain ranges. 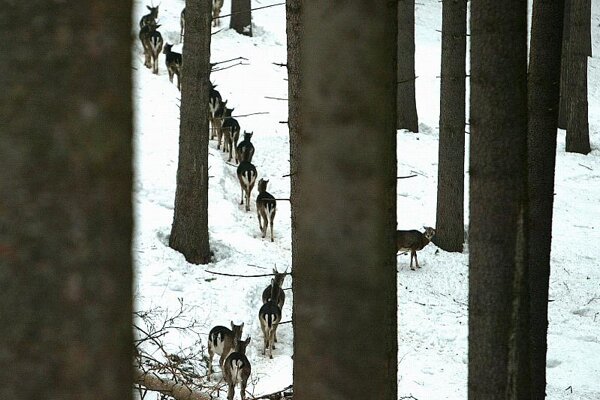 THE SECTION of the D1 highway which connects Liptovský Mikuláš and Poprad is limiting the natural migration of game animals between the High Tatras and Low Tatras mountain ranges.

“The game animals have very few opportunities to cross the paved highway unmolested. Building a crossing bridge for the animals near the municipality of Lučivná proved to be a very good solution,” Pavol Majko, head of TANAP (Tatras National Park) told the SITA newswire. During a lengthy study, TANAP employees observed deer, roe deer, boars, foxes, and hares using the game bridge throughout the winter season. Majko added that they have also found evidence that larger predators, such as bear, wolf, and lynx have used the game bridge during the winter period.

While the animals use overpasses to sneak under the highway to migrate, this use is limited due to massive urbanisation and ongoing road construction. Majko says that ideally a game tunnel, modelled on the existing tunnel Bôrik near Svit, would best suit the natural migration routes of the animals.

Sadly, Majko notes that large migration routes, including in the region of Ivachnová where game animals travel between the Low Tatras and Chočské Vrchy, can be tracked by following the bodies of animals killed in road collisions. There are frequent collisions with animals of all types along the road, creating a dangerous situation for animals and drivers.

In particular, the Liptov section is still without protective, roadside fencing, but also conservationists note: Bešeňová – Liptovská Mara, Liptovský Mikuláš – Iľanovka, Závažná Poruba – Podtureň and Hybe – Východná as areas where protected animals are most vulnerable. “Most often, we find otters that were run down, but also other protected species like the grey wolf, brown bear, or the Eurasian lynx,” Majko noted.