The man behind the horse

RASTISLAV Bilas, an obscure entrepreneur from Slovakia’s far east, did his best to take the blame for the country’s most recent political scandal. During a colourful and occasionally bizarre press conference on March 24, Bilas claimed that he had been “project manager” on a deal last year which saw 15 million tonnes of state emission quotas sold by the Environment Ministry to a US-based shell company for about half of their real worth, or €75 million. 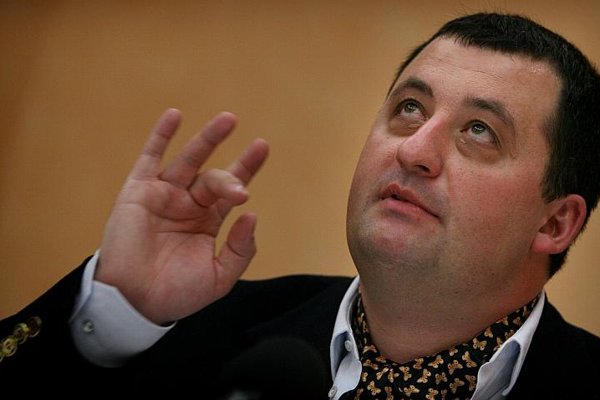 RASTISLAV Bilas, an obscure entrepreneur from Slovakia’s far east, did his best to take the blame for the country’s most recent political scandal. During a colourful and occasionally bizarre press conference on March 24, Bilas claimed that he had been “project manager” on a deal last year which saw 15 million tonnes of state emission quotas sold by the Environment Ministry to a US-based shell company for about half of their real worth, or €75 million.

But few were buying his story. Politicians from both opposition and coalition parties said they suspected he was a “white horse”, or front man, for business interests behind the Smer and SNS parties of the Fico government.

“He whinnied long and well, but in the end it was just neighing,” said Ivan Mikloš, deputy chairman of the opposition SDKÚ party. Gyula Bárdos of the opposition SMK called Bilas’ press conference “a manoeuvre to conceal the two government parties that are involved in the scandal.” Even Ján Kovarčík of the ruling coalition HZDS party claimed to see through Bilas. “Maybe they are both [Smer and SNS] involved in it.”

Prime Minister Robert Fico, meanwhile, dismissed Bilas as “a man in a spotted scarf” whom he had never met before, and called the episode “more evidence of amateurism from the SNS”.

So who is Rastislav Bilas? A clever entrepreneur who exploited the incompetence of Environment Ministry bureaucrats? Or the consummate insider, who was given the job of making money for his political masters?

“I strenuously reject any connection to the Slovak political scene,” said Bilas at his press conference. He admitted, however, that he has known SNS chairman Ján Slota since 1992, and that the two are bound by a mutual love of motorcycles.

Bilas’ father comes from Cigla, a village in the Svidník district in eastern Slovakia. The neighbouring village of Hutka was the home of Miroslav Sim, who is now head of office at the Defence Ministry. “I’ve known him my whole life,” said Bilas of Sim. The father of Interior Minister Róbert Kaliňák was born in another village in the area, Kečkovce, and Kaliňák visited the region often during his childhood.

Bilas is also friends with the vice-president of the Police Corps, Michal Kopčík, and attended his wedding in 2007. Arms trader Ján Rusín said in 2008 that he, Sim, Kaliňák and Kopčík had all been friends in the 1990s and had visited shooting ranges together.

In 2008, while Kaliňák was doing an online interview for the aktualne.sk news portal, a certain Rasto Bilas wrote in to say “I send my greetings and wish you the longest possible term in your job!!!” However, Kaliňák said through a spokesman that he had never met Bilas. “The minister does not know Bilas personally and never went shooting with him,” said Interior Ministry spokesperson Erik Tomáš.

According to his Facebook page, Bilas graduated in 1991 from the Konštantín 2 secondary school in Prešov. According to his former schoolmates, he has not changed a bit. “He was always like he is now. The same way of talking and acting,” said Karol Kyslan.

In front of the media, Bilas said that he had been employed as a “special envoy” by an Indonesian sultan or prince, as well as for the “UN special emissary responsible for health care in Russia”. He provided no evidence to back up these claims.

Bilas started business school in 1992 at the Economic University in Košice. In 1997 he started his first business, WH Promotion, which was a combined motorcycle shop and restaurant. Four years later he began to appear in companies under the wing of Alexander Rezeš, one of the most powerful businessmen of the 1990s Vladimír Mečiar era. Following Rezeš’ death in 2002 Bilas said “it’s a great tragedy for us, a great loss.” A source from Rezeš’ former inner circle said that the steel magnate had had a weak spot for smooth-talking go-getters like Bilas. “Bilas always had something on the go, he was always telling the old man how they would take care of this and score that, and Rezeš just ate it up,” the source said. Bilas and Režes did business together in scrap metal, according to the source.

A source from the security sector said that Bilas had “only 20 thousand crowns and a Škoda Oktavia to his name” in 2005. Under the Fico government, however, Bilas reportedly came to wield influence over public procurement at the Defence Ministry, and was seen with his friend Sim in 2008 on an inspection of army buildings the ministry had declared surplus to its needs following a Sk180 million reconstruction. But Bilas denied having made money off the state. “I never had a single state contract,” he said.

Another security sector source said that Bilas had been under surveillance as a “person of interest” to the secret service, and that his telephone had been bugged in 2007 and 2008. However, he was never regarded as a serious player. “I met him about three times,” said a Slovak arms trader. “He was the kind of guy who was capable of telling you he had been talking to the director of the FBI just that morning.” Since his press conference, Bilas has withdrawn from public view. His mobile telephone is answered by a woman who says the man of the hour has nothing left to add. For those who still want to know more about Bilas, only his Facebook slogan remains: “One of those who will never grow up.”