March warms up mood in economy

THOUGH the spring months will not completely disperse the gloom of the economic crisis or reduce Slovakia’s army of unemployed, March has witnessed a warming of sentiments in the economy and the country’s central bank has become slightly more optimistic about the prospects for economic growth. 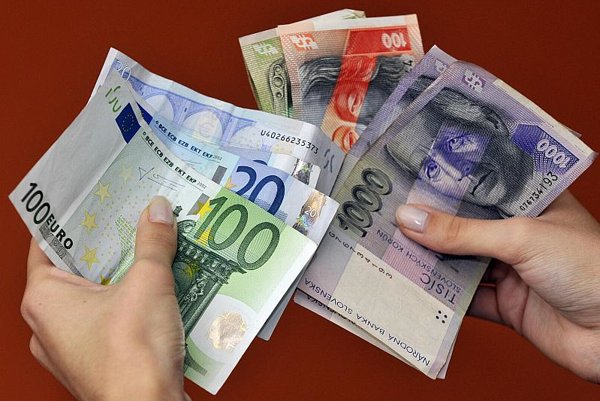 THOUGH the spring months will not completely disperse the gloom of the economic crisis or reduce Slovakia’s army of unemployed, March has witnessed a warming of sentiments in the economy and the country’s central bank has become slightly more optimistic about the prospects for economic growth.

The National Bank of Slovakia (NBS) upgraded its estimate for economic growth in 2010 to 3.2 percent from 3.1 percent.

The bank’s cautious optimism also extended to 2011, when the NBS expects GDP to grow by 4.4 percent, up from its previous 4.3 percent estimate. The Finance Ministry, however, is more reserved and expects the economy to grow at 2.8 percent in 2010, according to its February estimate.

The slightly rosier outlook stems from the more favourable development of both foreign and domestic demand, said NBS Governor Jozef Makúch, as quoted by the SITA newswire.


However, the freeze that still covers the country’s labour market is unlikely to thaw sooner than the end of 2010, the central bank confirmed.

Firms and businesses seem to have even more faith in the post-crisis recovery.

Confidence in the country’s economy improved for the tenth month in a row in March, with the Index of Economic Sentiment (IES) increasing by 1.9 points during the month to 89 points. This represents a 15.8-point increase year-on-year, but is still 9.4 points below the average, according to Slovakia’s statistics authority.

The confidence indicator in industry climbed back to its long-term average after 23 months to stand at the same level as in April 2008. The measure went up by 9.3 points month-on-month to stand at 4 points in March.

The improvement in overall economic sentiment is linked to improving confidence in all five segments of the indicator of economic sentiment, but mainly with the higher confidence in industry and services, which have the greatest weight in the indicator – industry accounts for 40 percent and services 30 percent – said VÚB Banka senior analyst Martin Lenko.

“The improving confidence within industry is linked with the improving expectations of producers concerning future production, while current demand has also improved as well as forecast employment in March,” Lenko told The Slovak Spectator.

According to Lenko, the improving actual and expected demand and the improving business situation has improved confidence in the services sector.

“Several industries managed to utilise their regional competitive edge, which was brought about by the lucky timing of euro adoption within the process of geographic optimisation of production capacities by multinational corporations,” chief analyst with Volksbank Vladimír Vaňo told The Slovak Spectator.

According to Vaňo, the fortunate timing of euro adoption assisted Slovak industry’s competitive position by providing unparalleled exchange rate stability, significantly more stimulus from low interest rates compared to neighbouring central and eastern European countries, and by significantly slashing the transaction costs of foreign trade. He said the latter advantage was not restricted to the removal of currency conversion fees and the cost of hedging foreign exchange risk.

“After euro introduction, Slovak exporters also saved on international wire transfers within the eurozone, as these turned from “foreign transfers” into “cross-border eurozone transfers”, which are cheaper,” Vaňo said.

This improvement in their competitive advantage brought about by euro adoption was increasingly apparent at the beginning of 2009 in increasing number of industries, Vaňo said.

“One should note that neighbouring countries such as Hungary, the Czech Republic and Poland have faced ongoing appreciation of their currencies since March 2009, which means that contracts agreed last spring in euro terms are back under appreciation pressures, squeezing the profits of exporters,” Vaňo told The Slovak Spectator. “None of these currency-related issues burdens Slovak exporters any more.”

As companies learn how to leverage this euro advantage to improve their regional competitiveness, both the performance of Slovak industry and business confidence is increasing, said Vaňo.

“Over half of Slovak exports are destined for the eurozone, about one fifth for Germany alone,” said Vaňo. “Industrial activity in the eurozone, as measured by the PMI (Purchasing Managers Index), increased in March to its highest level – 56.3 points – since the end of 2006. German business confidence as measured by the IFO index increased to its highest level – 98.1 points – since June 2008.”

Improved business optimism in Slovakia’s export markets together with the euro-improved competitiveness of Slovak exporters can be credited chiefly for the March results in Slovak industrial confidence, he added.

Market watchers also expect businesses to be able to maintain their optimism in the coming months.

“In the long term, the improvement in economic sentiment should continue,” said Lenko. “However, this will not be as decisive an improvement when compared to the second half of last year.”

“The decline of confidence in the construction industry in March was only minimal, by just half a point,” said Lenko. “However, it is a fact that the construction business over the past six months has not sensed as noticeable an improvement in confidence as other branches. The reason is the prevailing low demand for construction work.”