THE TURBULENCES created by the financial and economic crisis were reflected in the economic outcomes of insurance companies operating in Slovakia. Premiums, as well as new policies in the life and non-life insurance segments, decreased in volume and industry experts say they are hoping for a revival of the global economy in 2010. 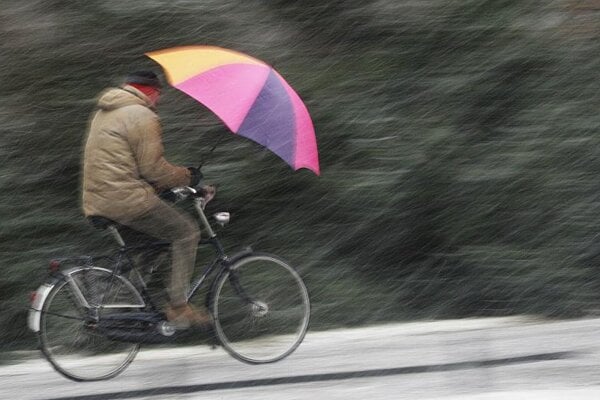 Insurance coverage can be thought of as having a sturdy umbrella in a rainstorm. (Source: Reuters)
Font size:A-|A+

THE TURBULENCES created by the financial and economic crisis were reflected in the economic outcomes of insurance companies operating in Slovakia. Premiums, as well as new policies in the life and non-life insurance segments, decreased in volume and industry experts say they are hoping for a revival of the global economy in 2010.

“Last year was the year of the upsurge of the economic crisis felt by all segments of production and services,” Jozefína Žáková, the general director of the Slovak Insurance Association (SLASPO), told The Slovak Spectator. “In the insurance sector it also brought a decline in effective demand. But it is possible to say that the results of the Slovak insurance sector were in line with conditions and that this sector – because of its financial health and investment potential – continued to be a stabilising element for Slovakia’s economy.”

Even though the insurance companies adopted cost saving measures and made adjustments to their product portfolio, the general economic decline did not bypass them and was reflected in their results in several ways.

According to unaudited accounts, aggregate insurance premiums amounted to €2.018 billion in 2009, which is slightly less than in 2008, according to SLASPO. Insurance companies will release their final results only later in April.

“Insurance premiums decreased actually in all groups when the drop in purchasing power of the population was mirrored in insurance,” said Žáková. ”There was less new life insurance, fewer cars were bought and insured, and business activities were dampened. All these affected especially new business in insurance, which decreased from €902.417 million in 2008 to €694.04 million in 2009.”

As the SITA newswire reported in early March, preliminary aggregate premiums of 22 insurance companies shrank by 3.4 percent over 2009 to €2.03 billion. Of this total volume, life insurance accounted for more than one-half of the premiums, but it decreased more significantly than non-life insurance.


According to these preliminary results, Allianz-Slovenská Poisťovňa (Allianz-SP) is the largest insurer in Slovakia, accounting for the biggest portion of the aggregate premiums – amounting to €616 million. Compared with its 2008 premiums, this was a decline of 6.8 percent. But Allianz-SP was not the only insurer to report a decline, as roughly one half of the insurance companies reported such a drop while the second largest company reported a small increase, according to SITA.

Kooperativa followed with the second highest level of premiums, increasing by 1.5 percent to €467.8 million. Generali Slovensko ended as the third largest insurer with its aggregate premiums decreasing by 4.8 percent y-o-y to €204.4 million, according to SITA.

Allianz-SP made use of its position as the biggest insurer on the market by offering a wide range of insurance products. In the life insurance segment, Allianz-SP offers capitalisation products with fixed payments of the insured sum, investment products, policies for children, and risk life insurance.

Greksová ascribed this also to a face-lift of one of its products in this segment, which she said better responds to current needs within its full range of offerings.

“In spite of the crisis, which significantly influenced the market in 2009, the sale of capitalisation life insurance policies of Allianz-SP was at the same level as in 2008,” said Greksová. “On the other hand, concerns of clients about making investments brought a drop in the sale of investment products.”

The insurance market also recorded one merger in 2009. Two member insurance companies operating within the Vienna Insurance Group (VIG) – Kontinuita VIG and Komunálna Poisťovňa VIG merged into one, keeping the name of the latter, according to Žáková.

VIG operated in Slovakia via three insurance companies, Kooperativa, Kontinuita and Komunálna Poisťovňa. These three insurers closed 2009 with aggregate premiums of €628.38 million, according to audited results revealed by SITA in late March. Compared with the previous year this means an increase of 3.8 percent. The non-life segment recorded a growth in premiums of 0.9 percent to €333.36 million while life insurance premiums grew 7.2 percent during 2009 to €295.02 million.

As the crisis in financial markets lingered insurance companies felt an impact in their revenues from investments.

“Competition is sharpened,” said Žáková, adding that this has been mirrored in higher costs of insurance companies as well as cutting of prices. “A positive feature of the crisis was modernisation of the attitude to business, development of new products, management of human resources and other areas. The crisis forced insurers to achieve higher efficiency and this will remain here also after the crisis is over.”

The economic downturn did not leave policyholders and potential clients untouched; it forced some to change their thinking.

“The crisis highlighted the necessity to think about unfavourable life events such as unemployment, illness, or natural disasters,” said Žáková. “If these situations are not covered by insurance, their tragic feature is even deeper. Property has been getting a relatively higher value because reproduction resources are limited due to the crisis. This pertains to citizens as well as businesses in any scope. This is bringing an interest in property and liability insurance.”

Greksová reported an almost 100-percent increase in the sale of risk life insurance at Allianz-SP. The insurer ascribes this to a higher awareness of clients, especially bread-winners and payers of mortgages, who realise that they have to protect their families and property in case of untimely death.

Generali Slovensko confirmed the increased interest of Slovaks in other forms of risk insurance which can help policyholders to pay bank loans or to cover ordinary costs while being on a sick leave. Slovaks are also more interested in insurance covering risks of job loss or sickness absence, the insurer said.

The insurance companies have responded to the economic downturn with several new products: for example, insurance for payment of a loan in case of the loss of employment as well as insurance against the loss of a job, according to Žáková.

“Generali Slovensko has widened its portfolio, for example, with a non-traditional life insurance policy which is able to cover risks of long-term sickness leave and loss of employment,” Margaréta Nosáľová, the spokesperson of Generali Slovensko told The Slovak Spectator,.

She added that Slovaks can purchase, as of September 2009, a new insurance product under which the policyholder gets funds to settle regular costs for running a household, for example rent, power and water supply, as well as an internet connection and phone line, tuition fees and other household expenditures.

Insurance companies have also been responsive to the individual requirements of policyholders to reduce premiums which, however, reduce the insurance settlement or to change terms of policies or enable delayed payment of premiums, according to Žáková.

“Slovakia’s economy, with its high degree of openness, which brings large dependence on foreign demand, must wait for revival of world markets,” said Žáková. “The dynamics of the Slovakia’s insurance sector depends on this as well.”

Allianz-SP expects a moderate increase in life insurance coverage this year. The reason is a gradual weakening of the influence of the crisis over decisions of clients, according to Greksová.

“But the expected increase will be not radical since many clients still ponder their spending and at the moment the jobless rate in Slovakia is at one of the highest levels over the last five years."