Companies feel the heat, cut back on cover

COMPANIES hit by the economic crisis are searching for ways to survive the current turbulence and insurance coverage for their business can often fall victim to cost reductions. But insurance companies stress that insurance is one of the things that can help them to bridge the current period. To assist struggling corporate clients as well as to maintain business, insurers are now more receptive to changes in insurance policies as well as in payment schedules. 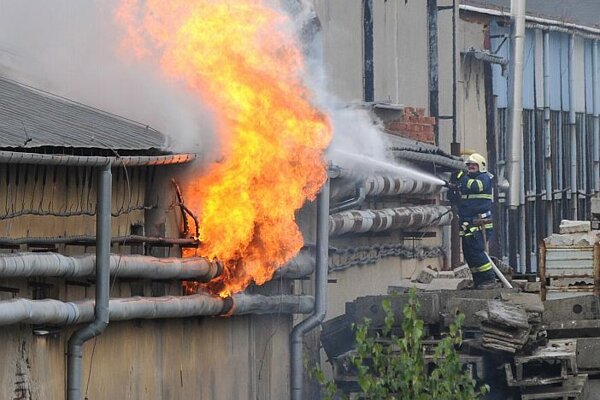 Who will pay for damage like this? (Source: SITA)
Font size:A-|A+

COMPANIES hit by the economic crisis are searching for ways to survive the current turbulence and insurance coverage for their business can often fall victim to cost reductions. But insurance companies stress that insurance is one of the things that can help them to bridge the current period. To assist struggling corporate clients as well as to maintain business, insurers are now more receptive to changes in insurance policies as well as in payment schedules.

“We are feeling the influence of the crisis on the behaviour of corporate clients,” Petra Greksová, spokesperson for Allianz-Slovenská Poisťovňa (Allianz-SP), the biggest insurer in Slovakia, told The Slovak Spectator. “Clients have a greater tendency to re-assess insurance policies; in particular, they reduce the sums insured and the scope of coverage of policies. Often such behaviour results from a reduction in their business activities or a real need to save money.”

But insurance companies say withdrawal from insurance policies, even though this may bring an instant cut in costs, is not the best solution in the long run as insurance minimises the consequences of accidents, either by minimising damage to assets or damage caused to third parties.

“Sometimes businesses wrongly include insurance of assets or liability insurance as costs, whose cancellation will not endanger the running of their businesses,” Margaréta Nosáľová, spokesperson for Generali Slovensko, told The Slovak Spectator.

“Companies are trying to save on insurance to the detriment of its quality and by this they take on more risk themselves,” Marian Bátovský, director of the corporate clients department at the Slovak arm of QBE Insurance (Europe), told The Slovak Spectator. “An example is insurance against a halt in production, in which companies are not interested. Potential damages from lost profits caused, for example, by a fire or other disaster, are not covered and entrepreneurs have to cover them from their own profits. This, of course, influences a company’s efficiency in a negative way.”

Insurance companies have also witnessed a worsening primary as well as secondary payment discipline, as the time taken by clients to settle premiums has grown longer. Other factors negatively influencing the insurance business include the halt in the real estate boom, as well as in new construction and the general drop in consumption. The drop in car sales has brought a significant drop in car liability insurance as well as car accident insurance.

Bátovský divides the corporate market for insurance into three segments, with differing impacts from the current situation.

“Car liability insurance is the biggest one,” he said. “It experienced a huge decline last year because businesspeople did not renew their fleets of motor vehicles to such an extent as they had in the past. The trend in this segment was downward. The second segment is construction-assembly insurance, which due to the recession in new building projects registered a significant drop. Liability insurance and insurance of companies’ assets, which makes up the third segment, did not report a significant decline. In case of liability insurance we registered an increased interest in product liability insurance, which is linked to a tightening of conditions in contractual relationships, where this insurance is nowadays required as standard. Under the worsened economic conditions managers also realise the scope of their personal responsibility and thus companies insure mangers against liability by using directors and officers insurance.”

Generali Slovensko has witnessed a decline in insurance of machinery, which it perceives as an effect of lower renewal of existing machines.

“Thanks to the crisis we see more interest from clients in what an insurance policy covers, i.e. an effect of the education of clients,” said Nosáľová.

Allianz-SP reports a higher interest in insurance of assets, which it ascribes to awareness by companies that an insurance policy is inevitable for the survival of the company in the event of an unpredictable accident, said Greksová. She added that, by contrast, a consequence of the financial crisis has been lower demand for products covering transportation or construction risks, a result of lower volumes of goods being transported and a decline in activity by developers in Slovakia.

QBE Insurance (Europe) in Slovakia reports increased interest in liability and management liability insurance, alongside a decline in interest in accident insurance for employees and financial risk insurance, for example in the event of a halt in production.

“Our company regularly innovates in insurance products for companies,” said Bátovský. “The latest product we launched was insurance of non-state health-care facilities.”

Generali Slovensko has adjusted terms for companies to help them during the crisis, according to Nosáľová. Instead of paying insurance premiums once a year, it allows companies to make quarterly and semi-annual payments, and does not require an additional fee for the latter.

“With regards to novelties, Generali Slovensko has launched a variable insurance product in order to let the client choose only the insurance it needs and the limit which suits it,” said Nosáľová. “We have supported municipalities with a soft insurance product, which they need when using EU funds as a source of finance for their development during the crisis.”

What insurance companies expect in 2010

“This year we expect a gradual revival of Slovakia’s economy, of course with persistent consequences from the crisis, which were most noticeable last year,” said Greksová of Allianz-SP. “For corporate clients our strategy is a long-term partnership with the client, based on professionalism and also an individual approach during the worse times.”

QBE Insurance (Europe) in Slovakia does not expect any changes in the market compared with 2009, while Generali Slovakia is more optimistic.

“With regards to the forecast development of Slovakia’s economy in 2010 we expect a resumption of development business, more accessible loans, an improvement in the business environment, or actions such as a scrapping bonus for electrical appliances, i.e. the restart of production,” said Nosáľová. “In terms of corporate clients’ volume of insurance we do not expect a drop, but stagnation or a moderate increase.”