From chocolate to Hiroshima

ONLY a few days after the whole world celebrated the 40th anniversary of the International Organisation of La Francophonie, Slovakia, as one of its observer states, continues to show that French culture is still among the best known and most admired ones among Slovaks, this time with a series of events organised by the Alliance Française (AFK) within the French Culture Days in Košice. 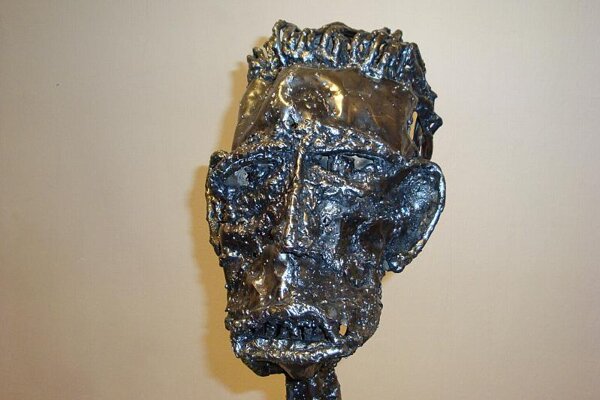 ONLY a few days after the whole world celebrated the 40th anniversary of the International Organisation of La Francophonie, Slovakia, as one of its observer states, continues to show that French culture is still among the best known and most admired ones among Slovaks, this time with a series of events organised by the Alliance Française (AFK) within the French Culture Days in Košice.

“Every language is a tool necessary for the development of human societies,” said French President Nicolas Sarkozy at the Élysée Palace on March 20, which is annually commemorated as the International Day of La Francophonie. “But you will certainly agree with me that the French language is much more than our common working tool. It promotes certain values, namely humanism. It promotes certain ideals that we share, namely those of liberty, equality and fraternity.”

The president further added that there are 200 million French speakers, 900,000 French language teachers and 50 million French learners around the globe and that one UN member state out of three is at the same time a member of La Francophonie.

According to the latter’s official figures, around 115,000 Slovaks speak French, which represents 2.1 percent of the population.

“These numbers are constantly rising, especially since France has become the number one investor in Slovakia,” Roman Gajdoš, AFK’s president, told The Slovak Spectator, adding that French businesses employ 6 percent of the Slovak workforce. “Of course, this economic prestige goes hand in hand with cultural prestige, and we are happy to say that our activities attract more people every year.”

It should therefore be good news for the growing French culture fan base that the 11th edition of French Culture Days has just been launched by Slovakia’s second city in the east, offering attractive programmes every day until April 15.

The festival was opened on March 30 with an exhibition by French sculptor Sébastien Ruiz, available at the Eastern Slovak Museum until April 30.

“The most striking feature of Sébastien’s production is that he is able to transform heavy metals into charmingly light and floaty works of art,” wrote Luis Marcel, director of the Art en Marche museum in the French town of Lapalisse, in his introduction to the exhibition in Košice. “His sculptures are perfectly balanced and have flawless proportions.”

The second of the two displays held within the festival will be held at the Ján Bocatius Library between April 8 and May 8. Its author, French photographer Philippe Brault, will show the local audience the people and nature of Madagascar as viewed through the lens of his camera.

Those with a sweet tooth can look forward to a lecture on French chocolate followed by a free tasting that will take place on April 6 at the Czech Centre. The organisers decided to repeat the event after last year’s success, when around 200 people attended the lecture and tasting.

On April 7, one of the highlights of the festival programme will be held at the Barracks/Kulturpark. It is a modern dance performance by Yum, a France-based Japanese artist who specialises in the famous “butoh” style, which appeared after the Second World War as a response to the horrors of the Hiroshima and Nagasaki bombings.

As Yum explained, the main objective of her show is to surprise, if not to shock, the audience, as “too much certainty deforms and limits the right perception of reality”.

The programme continues on April 12 with Igram, a traditional competition of French-language high-school theatres, and two days later with an awards ceremony following a competition for young photographers.

Screenings of three French movies, Louise-Michel, A Prophet, and Persepolis, will also be available at the Cinefil club from April 12 to 14.

The cultural marathon will culminate with what the organisers call its greatest highlight: “An Evening at the Paris Opera”.

At this classical music soirée held on April 15, the Slovak Philharmonic Orchestra will host French conductor Didier Talpain with his compatriots, soprano Hjördis Thébault and baritone Pierre-Yves Pruvot, who will perform compositions by Gounod, Meyerbeer, Saint-Saëns and Offenbach. Some of the pieces will be presented as world premieres.

For more information about dates, venues and admission, visit www.afke.sk.