Prospects for the west

POSITIVE signals pointing to the arrival of new investors or a revival of activities by existing companies have started cropping up in statements by regional representatives in western Slovakia when they talk about their region’s economic situation. But the economic crisis and its impacts continue to resonate. The crisis has deepened unemployment in all four regions of western Slovakia, but rates remain below the national average of 12.97 percent in February. Part of the reason is that the west has enjoyed by far the biggest share of foreign investment in Slovakia: by the end of 2007, the inflow of foreign investment into western Slovakia made up as much as 94.95 percent of the total inflow into the whole country. 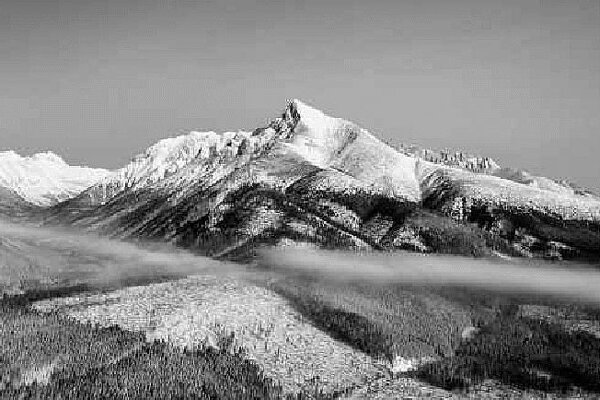 POSITIVE signals pointing to the arrival of new investors or a revival of activities by existing companies have started cropping up in statements by regional representatives in western Slovakia when they talk about their region’s economic situation. But the economic crisis and its impacts continue to resonate. The crisis has deepened unemployment in all four regions of western Slovakia, but rates remain below the national average of 12.97 percent in February. Part of the reason is that the west has enjoyed by far the biggest share of foreign investment in Slovakia: by the end of 2007, the inflow of foreign investment into western Slovakia made up as much as 94.95 percent of the total inflow into the whole country.

Self-governing regions do not have many tools with which to actively support the development of regional economies. They do it mainly by tailoring tuition curriculums at schools under their control to the needs of local companies and seeking to improve the interconnection between academia and the workplace. They also combine forces with the Slovak Investment and Trade Development Agency (SARIO) and regional chambers of the Slovak Chamber of Commerce and Industry in an effort to attract new investment.

Western Slovakia benefits from the most developed road infrastructure in the country, the attention of investors naturally focusing on the capital, Bratislava, its surroundings, and its tradition in strong and developed industrial production. Car production, energy and the electro-technical industry are the industries most likely to attract further development while more R&D, high-tech investments and investments with added value are also being sought.

Trnava Region encloses Bratislava Region from its border with the Czech Republic and Austria in the west to the Hungarian border in the south-east. It reaps some advantages from its proximity to the capital.

“Trnava Region is characterised as a competitive, fast-growing and highly attractive region of Slovakia located close to the centre of development activities of the European Union with excellent opportunities for cross-border cooperation with the Czech Republic, Hungary and Austria,” Tibor Mikuš, president of the Trnava Self-Governing Region (TTSK), told The Slovak Spectator. “It continues to be interesting for foreign investors.”

Trnava Region has the second lowest jobless rate in Slovakia, behind only Bratislava Region.

As with other regions of Slovakia, the effects of the economic crisis have been felt in Trnava Region in the form of reduced industrial output as well as layoffs, even though the reduction in employment was not as big as companies had originally expected, according to Eva Tománková, who currently heads the Trnava regional chamber of the Slovak Chamber of Commerce and Industry. But the drop in performance was not universal. For example, carmaker PSA Peugeot Citroën Slovakia, a greenfield investment in Trnava that began production in 2006, increased its output of cars by almost 10 percent in 2009.

“The significant drop in demand is the most serious negative impact of the crisis causing problems for producers,” Tománková told The Slovak Spectator. “Along with this, businesses are exposed to pressure to reduce the prices of their products and services. The payment discipline of customers has worsened too. Businesses are also experiencing worse access to financial resources.”

For the further development of the region TTSK as well as the regional chamber of commerce and SARIO are looking to the energy, electro-technical, automotive, machine, chemical and pharmaceutical industries, as well as to tourism. Clusters have also been launched focusing on linking the electrotechnical, automotive and energy industries with local companies, supported by regional administrations.

The region has significant potential to harness alternative energy resources: only recently the first solar power station in Slovakia was put into operation in the village of Kľúčovec near Dunajská Streda. The machinery and automotive industries already make up a significant part of the regional economy and, according to Mikuš, the preconditions still exist for an increase in the share of GDP created by producers and sub-contractors not only within the region but across Slovakia.

Mikuš expects the current worldwide trend of development in the electro-technical industry to continue. In Trnava Region this industrial segment is represented by Samsung Electronics, with its production and logistics centre in Galanta and LCD panel production in Voderady and Eltec in Piešťany.

“From the point of view of further development it is important that electro-technical companies operating in the region do not only look for cheap production, but also search for conditions to create centres of their businesses,” said Mikuš.

Trenčín Region forms part of northwest Slovakia, bordering the Czech Republic on its western side. Industry in the region is concentrated along the banks of the River Váh, flanked by the D1 highway leading north-east from Bratislava. It has a long tradition of industry, especially in the chemicals, textiles and machinery sectors. It now ranks among the strongest economic regions of Slovakia, but the structure of industry has changed. Traditional industrial branches such as mining, arms manufacturing, and textiles and footwear production with extra-regional significance have been discarded, leaving districts of Partizánske, Bánovce nad Bebravou, Myjava, Považská Bystrica and Prievidza burdened with some of the biggest regional disparities.

“These districts, but also other districts of Trenčín Region have at their disposal a large number of free areas for industrial parks and zones,” said Pavol Sedláček, president of the Trenčín Self-Governing Region. “In spite of this the region failed to draw foreign investments in previous years.”

But it seems that the situation is changing: recently a number of foreign companies have shown interest in investing in Trenčín Region.

AU Optronics is the biggest investment announced in Slovakia since the beginning of the crisis in 2008, according to Ján Jäger, the executive director of the CEO’s office at SARIO. The Taiwanese investor wants to invest €191.3 million in Slovakia and build a plant for production of LCD modules for TVs, according to the SITA newswire.

“The company will create about 3,000 new jobs here, of which 1,300 should be directly in the AU Optronics company,” said Jäger. “Other companies in the region, for example Vaillant in Trenčianske Stankovce, have also announced expansion activities. SARIO is also assisting a significant investor from the US car industry which is eyeing two localities in Trenčín Region for a potential plant in Slovakia.”

Apart from traditional industrial branches such as the machinery, textile, chemical and rubber industries, which retain potential for the further development of the region, SARIO and the Trenčín regional chamber of commerce see the electro-technical industry as offering promise.

“We see the electro-technical industry supported by the operation of local R&D workplaces, an educated labour force and other factors as the most prospective for the development of Trenčín Region,” Katarína Martišková from the Trenčín regional chamber of the Slovak Chamber of Commerce and Industry told The Slovak Spectator.

Nitra Region is situated in the southern part of Slovakia, specifically in the Podunajské lowlands bordering Hungary. Thanks to its favourable geographic and climatic conditions, the region has traditionally been oriented towards agriculture and complementary production. Currently it is oriented towards both industry and agriculture.

During the period of economic growth before the crisis, Nitra Region developed significantly, resulting in a significant drop in local unemployment.

According to Milan Belica, the president of the Nitra Self-Governing Region, the region has managed to escape from the group of regions whose unemployment rate is above the national average.

“A number of industrial parks were launched in which significant foreign investors have landed,” Miroslav Masarik, the director of the Nitra regional chamber of the Slovak Chamber of Commerce and Industry, told The Slovak Spectator. “Even though the crisis has hit them to various extents, all of them will endeavour to fulfil their business plans and obtain the fruits of their investments.”

Belica perceives the portfolio of investments which have arrived in Nitra Region as wide, and thus less vulnerable than investments directed exclusively into one production segment.

“But the southern part of the region, from where a lot of people used to work in Hungary, has become problematic,” said Belica. “After massive layoffs [in Hungary] they have returned home and increased the jobless rate.”

According to Masarik, local companies are feeling the crisis through a fall in demand for their products.

“This was even emphasised by the fact that several small and medium-sized companies, for example in machinery production, were oriented towards only one foreign customer, whose loss meant for them not only a loss of a market but also of the production programme,” he said. “Simultaneously the actual condition of the economy in the region was affected by external factors and multinational companies operating in Nitra Region were forced to reduce their production activities, followed by a reduction in employment.”

In spite of this Masarik has witnessed active efforts by most companies to search for optimal solutions, including keeping on specialised workers, also at the price of reduced working hours.

Masarik lists the electro-technical, machinery, chemical and food-producing industries, which have a tradition in the region, as having potential for further development.

With respects to the current complicated economic period Belica highlights two huge investments: completion of the R1 dual-carriage way from Nitra to Banská Bystrica; and completion of the third and fourth blocks of the Mochovce nuclear power station by Slovenské Elektrárne. Already, over 7,000 people are employed there.

Jäger of SARIO, considers the area around the city of Nitra, with qualified labour secured by two universities with about 20,000 students and developed infrastructure, as having the best prospects for further development.

Another promising area is the southern part of the region around the river port of Komárno. The nearby highway connecting Vienna and Budapest also creates space for trading.