Many attractions to lure visitors

WHILE western Slovakia cannot point to any sites inscribed on the UNESCO World Heritage list, it still is rich in many kinds of historical monuments as well as other sites attractive for tourists. The most precious and interesting offerings includes castles, wine routes, museums, galleries and spas as well as many well-preserved sites that offer glimpses into the history of the region. 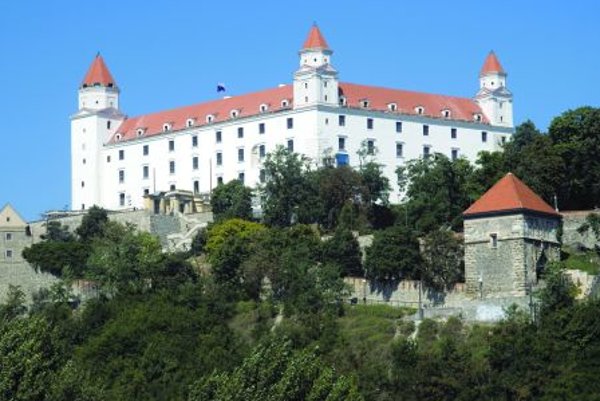 WHILE western Slovakia cannot point to any sites inscribed on the UNESCO World Heritage list, it still is rich in many kinds of historical monuments as well as other sites attractive for tourists. The most precious and interesting offerings includes castles, wine routes, museums, galleries and spas as well as many well-preserved sites that offer glimpses into the history of the region.

Bratislava, Slovakia’s biggest city and one of Europe’s youngest capitals, is one of the top tourist destinations in the country. Its castle, with its distinctive silhouette dominating the city, has been undergoing an extensive reconstruction and for that reason visitors right now can only admire its new looks from the outside. Its new white colour is a return to the times of Emperor Maria Theresa. After the castle’s reconstruction is complete, the whole area of the castle will have a more Baroque look, even more so recalling her historical period. But disappointed castle lovers can still visit the ruins of Devín Castle which offers a magnificent view of the confluence of the Danube and Morava Rivers.

In the capital’s centre tourists can visit St Martin’s Cathedral, the largest and finest church in Bratislava, and the exact spot where Maria Theresa, as well as 10 kings and their spouses were crowned, or just wander through the old city. Art lovers can spend hours in the Slovak National Gallery, the City Gallery or local historical museums. Those with a zest for modern art should not miss the Danubiana Meulensteen Art Museum 15 kilometres south of Bratislava at the edge of a peninsula jutting into the middle of the Danube.

Each of the other three regional capitals is worth visiting. Trnava is known as the Slovak Rome because of its large number of churches. Nitra is proud of its castle, which in fact comprises St Emeram’s Cathedral, the bishop’s palace and other edifices protected by thick ramparts. In 2007 the Diocesan Museum was opened on the site, enabling visitors to see precious historical exhibits which had been locked in the bishop’s treasury for many years.

And in Trenčín it is well worth visiting the genuine medieval castle that stands high over the city.

A Roman inscription dated 179 AD, carved into the castle rock, records the presence of legionary soldiers in this part of the country.

There are many more castles and ruins worth visiting. Certainly the picturesque Bojnice or Červený Kameň Castles are the most popular sites, while the most interesting castle ruins include Čachtice - linked to Elizabeth Báthory, also known as the Blood Countess - Beckov and Dobrá Voda. Komárno is proud of the well-preserved remains of the town’s fortifications.

Western Slovakia also offers several samples of folklore dwellings. A special one can be found in the small village of Brhlovce, near Levice. This is a fascinating example of how locals learned to utilise the natural environment. A number of homes in the village are cut into the surrounding soft tuff rock.

This part of the country is rich in mineral springs now used for various spa treatments. Piešťany and Trenčianske Teplice are probably the best known. Others include Dudince, Veľký Meder, Bojnice and Smrdáky. While each of them has its own special water suitable for treatment of particular health problems, all of them also offer more general wellness programmes.

Thanks to its favourable climate and terrain, western Slovakia is known for its high-quality wine. Out of four wine routes in Slovakia, three are in the west. The Small Carpathian Wine Route, which connects towns and villages at the foot of the Small Carpathian mountains, is Slovakia’s longest and most well-known one. Two times a year both traditional and more modern wine cellars from Bratislava to Trnava are opened to allow people to taste all the local wine. The next such event will take place on May 21 and 22.

The Nitra Royal Wine Route is the most extensive route, with its four branches reaching into four regions of Slovakia; the smallest is the Záhorie Wine Route centred in Skalica.

Nature lovers can go hiking in the scenic mountains of the Small Carpathians, which in its middle hides the only cave open to the public in western Slovakia, Driny. Compared to other Slovak caves, it is smaller but its interior decorated by rich limestone formations is charming.

Further north are Manínska Tiesňava and Kostolecká Tiesňava. These narrow gorges, formed ages ago by the waters of the Manínsky Brook, are a popular destination for fans of hiking. Other popular walking trails run through the Strážovské Vrchy mountains and the area of Tríbeč.

The Dunajská Nížina lowland dominates the southern part of the region, offering opportunities for cycling and boating trips.

Last but not least, there are a number of monuments which are not very big in size but hold high importance for the nation and its history. Near Skalica, close to the village of Kopčany, is the church of Saint Margaret of Antioch, which is the most well-preserved church from the times of Great Moravia in Slovakia.

And on Bradlo hill, near Brezová pod Bradlom, there is the monumental grave of Milan Rastislav Štefánik, a work designed by the prominent Slovak architect Dušan Jurkovič.