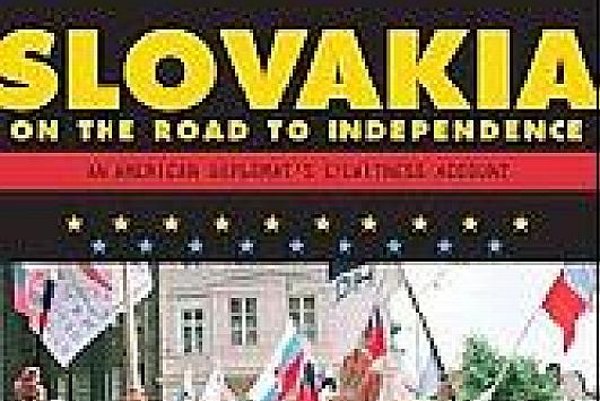 I USED to make an annual trip to Washington, DC to give a lecture or two at the Foreign Service Institute to diplomats in training for service in the US diplomatic corps to Czechoslovakia. It was on one of those trips that I met Theodore E. Russell, who later served as the first US ambassador to Slovakia.

We reconnected in Prague in spring 1989 where he had gone to become deputy chief of mission at the US embassy and I was doing research on the changing media systems in Czechoslovakia, Poland and the Soviet Union.

When I went to see him again in March 1990, less than four months after the fall of communism in Czechoslovakia, we went to the embassy canteen to grab a bite to eat. While we were there, Shirley Temple Black, the famous movie star who had become US ambassador to Czechoslovakia, came through.

Russell offered to introduce me to her. My memory of that moment is someone who was short (she was 5’ 2” – 157 cm) and someone who had enormous powers to focus on what was in front of her at the time. Her name gave her immediate recognition, she acknowledged, but then she had to prove equal to whatever task lay before her.

“Career people paid her the compliment of remarking that, for a political ambassador, she was not bad, and could have been a whole lot worse,” Hacker writes. “When I gingerly raised the issue of how my reporting was to be sent out, she replied immediately that, as she was responsible for policy, everything should be sent through Prague.”

His book focuses on Slovakia and US diplomacy, 1990-1993, with a postscript that reviews Slovak political life through 2009.

Hacker came to Bratislava in 1990 to reopen the consulate that had been closed in May 1950 at the height of the Cold War. The consulate building on Hviezdoslavovo Square had remained in US hands but it had to be completely refitted. Hacker directed a small operation, conducted first out of a room in the Devín Hotel.

To send or even write classified documents he or other embassy staff had to drive to the American embassy in Vienna, not an easy task through a border staffed on both sides by immigration and customs officials.

This book can be read on several levels. Packed into 21 compact chapters are American descriptions of the developing political situation in Slovakia on the road to independence, critical issues in Slovakia during that period, comments about American policy in the evolving situation, and how Hacker and other American diplomats went about the process of observing Slovak affairs.

Also included are appendices with a listing of Slovak leaders from independence to 2008, results of Slovak elections, a chronology of developments on language issues, and several documents of specific interest.

Hacker is generally sympathetic to the development of Slovak affairs, particularly Slovak complaints about the Czech failure to understand their situation. It parallels Hacker’s own frustration in getting the Prague embassy and the State Department in Washington to understand what was happening in Slovakia. He does not, however, hesitate to criticise some Slovak policies and views.

“Paul Hacker arrived in Slovakia at a critical time, when we were just starting to overcome the legacy of totalitarianism,” writes Pavol Demeš, the former Slovak Minister of International Relations. “He is a sympathetic but objective observer of our developments.”

Former Ambassador Russell calls the book “a fascinating account of a land seeking to integrate into the trans-Atlantic community”.

In a foreword to the book, the late Senator Claiborne Pell, who headed the consulate from 1948 to 1950, notes that Slovaks expected Hacker to take a pro-Slovak position when Hacker had to help carry out a unified US position on Czechoslovakia as a whole.

Pell and Ambassador Black were both present on May 27, 1991 when the consular building was rededicated.

In addition to numerous other references, Hacker devotes a chapter to the still controversial Slovak political leader Vladimír Mečiar. Describing Mečiar as a person most people wind up either hating or loving, Hacker paints a picture of someone who wanted the US to like him, and in direct contacts with US representatives expressed positive feelings and understanding for the US.

That stands in contrast to my interview with Mečiar in November 1990 at a meeting of central and eastern European journalists. When I asked him what he would like the US to do regarding Slovakia, he said he hoped that America would provide aid and assistance immediately, adding in a somewhat threatening tone, that in the future Slovakia would remember who its friends were.

One chapter is devoted to the discovery of listening devices in the US building in late 1992 when it was being prepared for service as an embassy. Various Slovak figures blamed Czechs and Americans or denied that the devices were active. The Czechs blamed the Slovaks. Hacker and the embassy simply sought answers but never found them.

Other chapters examine such controversial issues as government and political attempts to control the mass media, especially television; and the place of anti-Semitism in Slovakia, past and present.

Hacker first came to Czechoslovakia in 1965 as part of a student group on its way to the Soviet Union. Two years later he came back as a participant in the Experiment in International Living and made his first stay in Slovakia. In 1968 he worked as an intern in the Research Department of Radio Free Europe when the USSR invaded Czechoslovakia to put an end to the “Prague Spring”.

Hacker pursued doctoral study at Columbia University where he initially decided to focus his dissertation on Czechoslovakia before the Soviet invasion, a topic that proved impossible to study, so he wound up analysing political education, and despite challenging circumstances in conducting his research, successfully defended his work in 1976.

Hacker served in the US Foreign Service for 30 years before retiring in 2003 to Florida.

Owen V. Johnson teaches journalism and history at Indiana University where he does research on the past and present of the Slovak mass media.