Fidesz wins a majority in Hungary

THE LONG-ANTICIPATED national elections in Hungary, the results of which observers believe could have an impact on the June 12 parliamentary elections in Slovakia, started with a first round that definitely ended the eight-year rule of the country’s socialists and brought the favourite of the race, the rightist Fidesz party, close to having a constitutional majority in the future parliament. 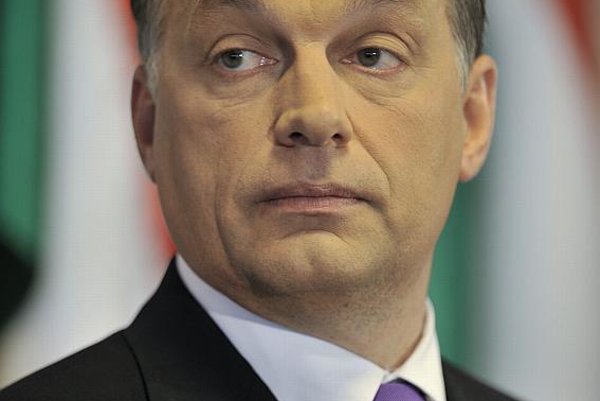 THE LONG-ANTICIPATED national elections in Hungary, the results of which observers believe could have an impact on the June 12 parliamentary elections in Slovakia, started with a first round that definitely ended the eight-year rule of the country’s socialists and brought the favourite of the race, the rightist Fidesz party, close to having a constitutional majority in the future parliament.

Slovak political elites claim they are willing to start on friendly terms with Fidesz even though it is more nationalistic than its governing predecessor. So far, only the Slovak National Party (SNS) has made claims that it is concerned about the Hungarian election's outcome.

According to Hungary’s National Election Committee, Fidesz won 52.8 percent of the vote and secured 206 seats out of a total of 386 in parliament.

Support for the ruling MSZP socialist party collapsed; it will have only 28 MPs based on the 19.29 percent of votes it received. The far-right Jobbik party came in just behind it, with 16.71 percent and 26 seats. The fourth party to make it into parliament was a green group named ‘Politics Can Be Different’ (LMP), which received 7.4 percent of the vote and will seat five MPs in the new parliament.

The results, however, are not yet final as on April 25 a second election round will take place in those election districts where no party received at least half of the votes and these results will decide the remaining 121 seats in parliament. Observers say Fidesz is expected to harvest most or even all of these seats, which would mean a supermajority for the party and give it the ability to change the country’s constitution without needing any opposition support.

While media across Europe primarily reported on the elections with comments about the rising power of extremists in Hungary, making references to Jobbik, the Slovak political scene remained fairly calm after the results of the first round appeared.

“We expect good relations, good communication and good cooperation,” Foreign Minister Miroslav Lajčák said on April 12, as quoted by the TASR newswire. However, he admitted that Jobbik's strong presence in the future parliament could bring complications to relations in the region and expressed the hope that democratic powers in Hungary could keep Jobbik in check.

Prime Minister Robert Fico also declared his interest in cooperation with the future Hungarian government and said he was ready to meet the new Hungarian prime minister before the June elections in Slovakia, TASR reported.

Slovak-Hungarian relations, which have been a neuralgic point in the past and current dynamics of central Europe, will depend not only on the future composition of the Hungarian government and parliament, but also on the new Slovak government that emerges from the elections in early summer.

“We hope that extreme nationalism will disappear from the leadership of the country,” wrote Béla Bugár, the leader of Slovakia’s Most-Híd party in his congratulatory letter to Viktor Orbán, the leader of Fidesz, as reported by the SITA newswire. Bugár’s party, as well as the Hungarian Coalition Party (SMK), both of which primarily represent ethnic Hungarians living in Slovakia, welcomed the victory of Fidesz and both claimed to have good mutual relations with Orbán’s party.

Political analyst László Öllős expects Orbán and his future government to be very active in the area of Slovak-Hungarian relations after the Slovak elections.

“If you look at the position of Hungarian minorities in other countries neighbouring Hungary, their situation has improved,” Öllős told The Slovak Spectator, mentioning cultural autonomy for Hungarians living in Serbia and special regional powers as well as a good language law for the Hungarian minority living in Romania.

“Only in Slovakia has it been going down the drain,” he said, adding that the question remains how Fidesz will approach this issue.

However, he expects the new Hungarian government, which will very likely be formed a few weeks before the Slovak elections, to be very moderate or even cautious in its actions towards Slovakia, “because they will not want to provide ammunition for parties of the current ruling coalition”.

“However, one effect can be counted on and it is that Jobbik will not place any such limits on itself,” Öllős said, adding that Jobbik will very likely be active and that this might be of use for those Slovak political parties that tend to put the Hungarian card on the table as the most reliable tool to attract voters.

Meanwhile, such election campaigning in Slovakia has started. Anna Belousovová, the vice-chair of the Slovak National Party held a press conference on April 12 about the results of the first election round in Hungary at which she said that Slovak politicians should not talk to Orbán, the future Hungarian prime minister, unless he apologises for his past statements about Slovakia.

“His vocabulary differs only a little from the vocabulary of Jobbik,” Belousovová said.

Jobbik is known for its strong support for the idea of a greater Hungary and historical revisionism. Belousovová stated that Orbán, who served as Hungary's prime minister between 1998 and 2002, had previously said he felt that he was the prime minister of 15 million Hungarians, including those living outside Hungary, and that he would never give up the idea that all Hungarians should live in one state, TASR reported. Belousovová called on Slovaks “to vote for the parties that will build a dam against the spreading extremism and fascism [coming] from Hungary”.