GERMAN, French and Austrian investors to Slovakia are not the capricious kind. They have withstood the lure of cheaper labour to the east and have shown patience with some of the chronic problems affecting the Slovak business environment. The vast majority of German, French and Austrian investors have not regretted choosing Slovakia as an investment destination and say they would most probably choose it again, according to a recent survey. 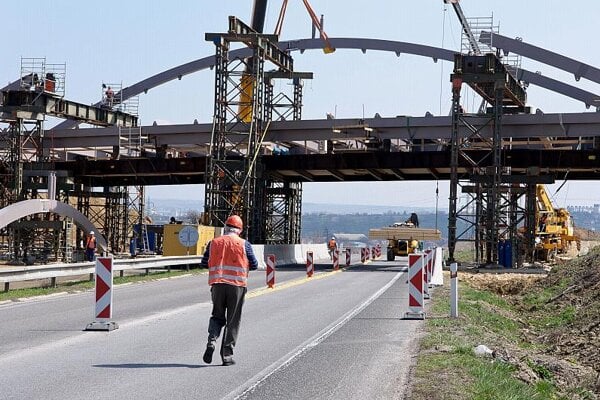 GERMAN, French and Austrian investors to Slovakia are not the capricious kind. They have withstood the lure of cheaper labour to the east and have shown patience with some of the chronic problems affecting the Slovak business environment. The vast majority of German, French and Austrian investors have not regretted choosing Slovakia as an investment destination and say they would most probably choose it again, according to a recent survey.

Nevertheless, their loyalty is not unconditional, nor their patience limitless: they are growing more concerned about the lack of transparency in public procurement, problems with the enforceability of the law, the lack of predictability and stability in legislation, as well as what they see as a failure to fight corruption effectively.

The three most urgent fields in need of improvement are law enforcement, anti-corruption measures and infrastructure construction, Markus Halt of the German-Slovak Chamber of Industry and Commerce said in comments to The Slovak Spectator.

“Lawsuits need to be accelerated,” said Halt, commenting on the results of an annual survey among 114 major German, Austrian and French investors. He pointed to ineffectiveness in the justice system and said this often prevented companies from enforcing legal claims within an appropriate period of time.

According to Halt, in order to reduce corruption in the public sector, tenders need to be fully transparent, according to international standards. He described the current state of infrastructure in central and eastern Slovakia as poor, and said investors need a high quality transportation network throughout the whole country.

Yet despite respondents’ growing dissatisfaction, 92 percent of the companies surveyed said they would opt for Slovakia again as their investment destination under current conditions.


“The introduction of the euro, in particular, turned out to be a favourable criterion for the Slovak Republic during the [economic] crisis,” Halt said. “Investors also appreciate the motivated and qualified workforce at relatively low costs.”

In terms of the concerns listed by investors, these are shared by a much wider group than just German, French and Austrian businesses.

“According to our surveys, over the long term the most criticised areas are the low enforceability of the law and the bad functioning of the judiciary, the ineffective social [insurance] system, high payroll tax rates, corruption and bureaucracy, as well as the instability, non-transparency and unpredictability of legislation,” Robert Kičina, executive director of the Slovak Business Alliance, told The Slovak Spectator. “These problems are viewed as being the most
sensitive by businesses, and during the past couple of years there have been no improvements.”

The issue of the growing perception of corruption in the Slovak business environment was raised during a recent American Chamber of Commerce survey as well.

According to Halt, satisfaction with investment criteria in Slovakia has worsened in nearly all areas according to the latest assessment of foreign companies.

“The most significant downswing related to the transparency of public tenders, the stability of the law, the fight against corruption and domestic demand,” Halt said, confirming some of Sleger’s comments. “Due to several public scandals such as the bulletin-board tender, the sale of emissions quotas and the fly-ash tender, the perception of corruption in Slovakia has risen among foreign investors and they have also noticed that there have not been many measures taken to prevent such cases in the future.”

The so-called bulletin-board tender, worth €119 million, was won by the sole bidder, a consortium including two companies, Zamedia and Avocat, believed to be close to Ján Slota (the leader of the Slovak National Party, which is part of the ruling coalition), after the tender notice was published only on a bulletin board in a part of the Construction Ministry not normally accessible to the general public.

The scandal over the sale of Slovakia’s excess carbon dioxide emissions quotas erupted after the Environment Ministry sold a large tranche to an obscure US-based firm, Interblue Group, at about half the price that Slovakia’s neighbours had obtained for their own quotas.

Kičina also confirmed that businesses view the lack of transparency in procurement processes very seriously because it sends out a signal that in Slovakia it is not the best bidders who win contracts but rather “a small group of firms, which have better contacts”.

“This is very discouraging, and worsens the investment credibility of the country,” said Kičina.

Another reason for investors’ increasingly negative view of legal certainty in Slovakia is the law on strategic companies, which has affected the trust of foreign investors, Halt said. The decreasing satisfaction with domestic demand is a result of the economic crisis, he added.

However, the mood of investors vis-a-vis the economic crisis is improving. While in last year’s survey foreign investors overwhelmingly expected a downturn in the Slovak economy, they are now more optimistic about 2010.

"They expect better business than last year and, as a result, have higher investment and employment plans for this year,” said Halt, attributing this development to two factors: the early signs of recovery shown recently by the world economy, and the fact that companies are starting to feel that they themselves are emerging from the worst of the crisis.

While only 6 percent of the companies surveyed consider the current economic situation to be good, another 35 percent expect improvements over the next year. So more than 40 percent are expecting the situation for their firms to improve.

Nevertheless, the rather positive outlook being reflected in the current survey is also affected by the low basis of comparison, Halt added.

Albeit slowly, some of the gloom is also lifting from predictions for the labour market as well. One quarter of surveyed investors are already considering hiring new staff, in contrast to one fifth who are reducing employment, according to Halt.

Before the start of the economic downturn, one of investors’ major concerns was a lack of qualified labour. Now, however, investors do not rate the availability of skilled labour as being as bad as it was before the crisis, said Halt. Companies still planning to lay off employees are more likely to release workers with lower qualifications and maintain their skilled workforce, he said.

“Production companies in particular might not find all the skilled workers they need for expansion,” added Halt. “Another important matter lies in the Slovak system of vocational training which does not prepare young people well enough for working life. The major problem of the educational system is the poor link-up between theory and practice. Graduates thus very often lack the practical skills needed for their profession.”

According to Kičina, only 15 percent of the demands for further improvement in the business environment that PAS compiled in 2006 and submitted to the Fico government have been fulfilled.

“Businesses had hopes for government action in the areas of applying ethical principles and fighting corruption, reforming the health-care system and providing comprehensible information about public spending and the functioning of public institutions,” Kičina said. “However, mild satisfaction has been recorded by businesses regarding only one of the 11 requirements, pertaining to the adoption of the euro and macroeconomic stability.”