EVEN with mobile penetration in Slovakia having exceeded 100 percent – meaning that, statistically speaking, each citizen now has slightly more than one mobile line – fixed lines still retain some attractions for telecommunications operators. They remain part of many people’s lives, something confirmed by a recent survey of thousands of Slovaks which showed that, even though most already have mobile phones, they did not plan to cancel their landlines. This means that fixed-line users, whether residential or corporate customers, are worth fighting for. This is further demonstrated by the fact that almost one hundred companies currently hold licences to provide public telephony services via a fixed-line network in Slovakia. 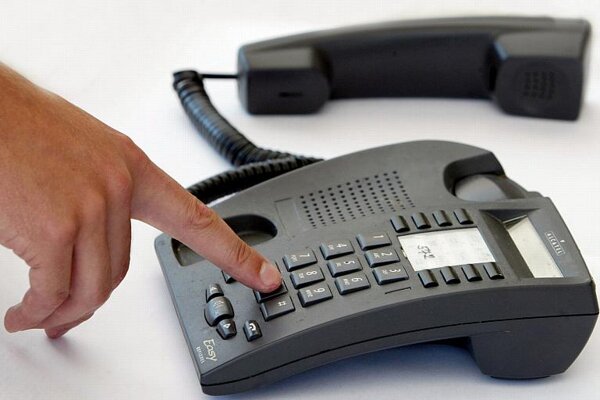 EVEN with mobile penetration in Slovakia having exceeded 100 percent – meaning that, statistically speaking, each citizen now has slightly more than one mobile line – fixed lines still retain some attractions for telecommunications operators. They remain part of many people’s lives, something confirmed by a recent survey of thousands of Slovaks which showed that, even though most already have mobile phones, they did not plan to cancel their landlines. This means that fixed-line users, whether residential or corporate customers, are worth fighting for. This is further demonstrated by the fact that almost one hundred companies currently hold licences to provide public telephony services via a fixed-line network in Slovakia.

“In January Orange Slovensko carried out a survey amongst users of fixed lines, which found that there are over 830,000 holders of fixed lines, of which almost three-quarters do not plan to cancel their fixed lines because it is a matter of habit for them and brings them a feeling of certainty in case they need to make contact with somebody,” Richard Fides, the spokesperson of the biggest mobile operator in Slovakia, Orange Slovensko, told The Slovak Spectator. “Almost one million fixed-line users who do not want to cancel their subscriptions shows that making calls via a fixed line still has huge potential in Slovakia even though the penetration of mobile phones was almost 104 percent in 2009.”

According to this survey, which the 2 Muse agency conducted for Orange Slovensko, even though the number of fixed-line connections has consistently decreased, about 44 percent of households continue to use them. Respondents also said that they would switch to another operator if offered comparable benefits for a better price. Orange Slovensko, whose main business is in the mobile market, has responded to this challenge with a campaign to recruit new fixed-line subscribers.

“We now have some tens of thousands of customers who have one of our two fixed-line programmes activated, and their number has been increasing,” said Fides, adding that Orange believes this result is because it offers a product almost identical to that of the biggest fixed-line operator, Slovak Telekom, but for only half the monthly charge. “Households account for approximately 80 percent of [our] clientele,” Fides said.

Slovak Telekom, the former monopoly fixed-line provider, registered 1.101 million fixed-lines at the end of 2009 and, despite the number having fallen from 1.163 million in 2006, this means it retains its dominant market position. Slovak Telekom does not reveal what proportion of its customers is made up of households and corporate clients.

“As a consequence of substitution by mobile voice services, the development of the market for voice services over fixed-line networks has shown a gradual stabilisation in revenues after a period of considerable decrease in recent years,” Andrej Gargulák, spokesperson for Slovak Telekom and T-Mobile Slovensko, told The Slovak Spectator. “Slovak Telekom, as the biggest provider of services over a fixed-line network has been endeavouring to stabilise the number of connections and revenues, and it wants to achieve this via the best possible customer-oriented service.”

Slovanet, another telecoms operator, also sees higher usage of mobile phones as being behind the drop in the market for making calls via fixed lines. In spite of this, Slovanet managed to maintain its revenues from voice services in 2009, something it regards as a success.

“In particular large companies, which use fixed lines to a large extent and welcome savings when switching to a cheaper alternative operator, are behind our maintaining the existing level [of revenue],” Slovanet spokesperson Roman Greguš told The Slovak Spectator. “Also, many households have been keeping their fixed lines, even though the number of minutes called has been decreasing.”

Slovanet now has almost 6,000 fixed-line clients, with households dominating. But in terms of sales, corporate clients dominate, accounting for more than 90 percent of total sales. Slovanet operates its voice services especially via an IP (internet protocol) network, i.e. fixed-line calling is possible anywhere there is an internet connection with the required parameters, which most internet connections meet, according to Greguš.

GTS Slovakia is another alternative operator that sees potential in fixed lines. According to GTS, fixed lines have kept their position in the segment for internal communications in companies in particular. Now it has started using unbundled local loops – i.e. local lines owned by the dominant provider, to which other operators are granted access – to provide its services.

“Modern solutions based on IP technology enable to create flexible solutions to satisfy the needs of companies – internal communications, functions for secretariats, client support centres and others,” Ivan Leščák, the director for products and strategies at GTS Slovakia told The Slovak Spectator. “These solutions are, moreover, integrated within the whole firm’s communications network and thus share technical elements and cables with the data network.”

So far GTS Slovakia has used solutions based on fibre-optic networks and wireless systems in particular, of which each has its advantages and limitations. While building a fibre-optic network is expensive and time-consuming, as cables have to be put into the ground, wireless networks use frequencies whose bandwidth is limited, according to Leščák. Local loops already exist in most buildings across Slovakia and thus their use makes sense in areas with a higher concentration of corporate clients, on which GTS Slovakia focuses.

Other alternative providers of fixed-line services are also feeling the heat of competition.

ŽSR Železničné Telekomunikácie, which is part of the railway network operator Železnice Slovenskej Republiky (ŽSR), has built and now operates the biggest alternative telecommunications infrastructure in Slovakia, which lines 3,300 kilometres of railways across Slovakia, according to its website. It now has almost 12,000 users of its fixed-line voice services. These are, in particular, entities active in railway transport, on which it also wants to focus in the future; households make up only a small portion of its customers.

“Compared with two years ago, almost all operators have experienced a drop in subscribers and our company has not escaped this trend either,” said Havrilla, adding that the percentage drop was in double digits.

Neither traditional nor alternative providers see making calls via fixed lines as something obsolete or destined for extinction. Clients are very familiar with this way of communication and Slovak Telekom expects the volume of calls to increase in the future. Thus telecoms companies active in providing fixed-line voice services are continuing to develop their services, implementing new technologies and offering services with added value. They also see the future as being to offer calls via fixed lines as part of a triple-play, i.e. in a package which also includes an internet connection and digital TV.

Alternative operators are eager to attract potential clients and get a bigger portion of the market with lower prices, free calls and other benefits. For example Slovanet, which focuses both on corporate as well as residential clients, offers average savings of about 30 percent, and calls made within its network are free of charge. It also provides internal and external voice communication solutions for large companies.

According to Leščák, GTS Slovakia not only offers potential corporate clients a bare telephony service, but based on an analysis it can design for them a tailor-made complex solution, which also includes internet access, a telephony service allowing creation of a voice network within the company, and other supplementary services.

The Slovak fixed-line telecoms market was gradually but fully liberalised when what was Slovenské Telekomunikácie, now Slovak Telekom, which has the biggest fixed-line network in the country, was required to unbundle its local loops. This step opened up the market for alternative operators. Now there are a total of 99 companies with a licence to provide a public telephony service and simultaneously provide a fixed-line network, Roman Vavro, the spokesperson of the national telecommunications regulator, the Telecommunications Office (TÚ), told The Slovak Spectator. However, not all of the licence-holders currently provide services.

The TÚ, based on its analysis of the market, proposed in mid February to define 10 fixed-line companies as important on the relevant market. These include the traditional fixed-line operator Slovak Telekom, and new entrants Orange Slovensko, GTS Slovakia, UPC Broadband Slovakia, ŽSR Železničné Telekomunikácie and others.

The TÚ’s analysis shows how the penetration of fixed lines has decreased in Slovakia. The number of connections fell from over 1.2 million at the end of 2005 to below 1.035 million at the end of 2009. This meant that the penetration of fixed lines – i.e. the number of lines per head of population – decreased by 3.11 percentage points to 19.1 percent between 2005 and 2009.

Slovak Telekom, due to its established position, continued to dominate the market with 93.22 percent of fixed-line connections at the end of 2009. Compared with 2005 this represented a drop of 4.5 percentage points.