Bratislava R&D centre is at the cutting edge of mobile

THE EVOLUTION of mobile communications, even though it has made enormous leaps over the last few years, has not stopped and continues to move forward in quantum steps. Large volumes of transmitted data and new applications are putting more demands on existing networks and a fourth generation of mobile communications is now coming. LTE or Long Term Evolution technology, which can bring faster speeds, higher transmission capacities and cheaper calls and internet connections through mobile networks, is regarded as a key aspect of fourth-generation technology. The Bratislava-based R&D centre of Alcatel-Lucent, a worldwide telecommunications company delivering voice, data and video communication services to end-users, has been writing part of this evolutionary history. 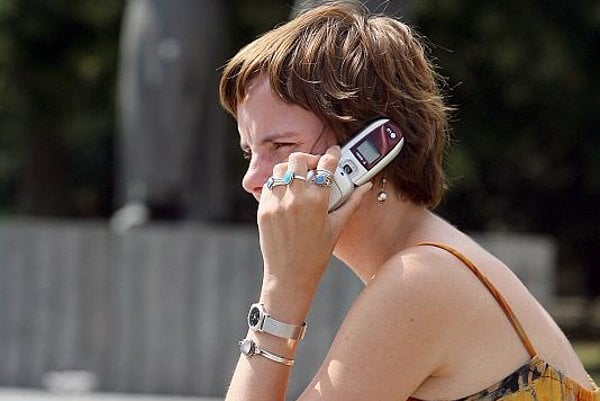 THE EVOLUTION of mobile communications, even though it has made enormous leaps over the last few years, has not stopped and continues to move forward in quantum steps. Large volumes of transmitted data and new applications are putting more demands on existing networks and a fourth generation of mobile communications is now coming. LTE or Long Term Evolution technology, which can bring faster speeds, higher transmission capacities and cheaper calls and internet connections through mobile networks, is regarded as a key aspect of fourth-generation technology. The Bratislava-based R&D centre of Alcatel-Lucent, a worldwide telecommunications company delivering voice, data and video communication services to end-users, has been writing part of this evolutionary history.

The Slovak Spectator spoke to Igor Stano, head of Alcatel-Lucent’s R&D centre in Bratislava, about the development and future commercial usage of LTE and about the R&D centre itself.

The Slovak Spectator (TSS): LTE is regarded as part of the fourth generation (4G) of mobile communications. What does LTE mean exactly and what benefits does it bring compared with current technologies?

LTE integrates several new technologies into one and secures the possibility of introducing several additional services for end-users of mobile systems. LTE guarantees high transmission speeds, stable connections and integrates security elements when using various applications, which already are, or will be, available in new mobile devices arriving very quickly on the market. There is a huge influx of announced new mobile devices and new applications visible in the IT world. These products and applications create pressure on mobile operators to innovate, to increase speeds and capacities, and to reduce prices.

TSS: It is possible to compare LTE with optics?

We cannot, in fact, compare these technologies because LTE is a wireless technology and optics uses fixed optic-fibre networks. LTE is especially about wireless coverage in a certain area and the ability to provide transmission bandwidths of the necessary parameters.

The 4G mobile network will enable new services and, moreover, do so at an enormous speed. People will be able when telephoning to simultaneously surf the internet and watch TV, either live or via a video rental. Actually, everything that is offered on the fixed-line internet today will be available at the same speed for reasonable prices via mobiles.

TSS: Will mobile end-users be able to use their current mobile phones or will they have to buy a new device to enjoy the benefits brought by LTE technology?

Current mobile phones are not suitable for LTE. In the meantime, the main producers are developing new handsets. It would be good for the main manufacturers to introduce common equipment in the near future.

TSS: When do you expect commercial use of LTE technology around the world as well as in Slovakia, as already the three mobile operators here have announced tests of LTE?

In general, I estimate that LTE technology will start to be used commercially later in 2010. With regards to Slovakia, I am not able to forecast this precisely. This is a question for the mobile operators. Each has its own strategy for implementing new solutions into commercial use. There are certainly several factors which have a fundamental impact on implementation of any solution. My personal estimate for Slovakia is at the end of 2011 and the beginning of 2012.

TSS: You are the head of Alcatel-Lucent’s R&D centre in Bratislava that developed the LTE technology for Verizon Wireless, a US company. How did this assignment get to the Bratislava centre?

Alcatel-Lucent (ALU) is a telecommunications company with global reach. Our R&D Centre ALU SK in Bratislava is part of a network of R&D centres within ALU. Because our centre develops software solutions for system operators in the Packet Core field for 2.5/3-generation mobile
networks, we were assigned to develop a software application for 4G solutions.

The assignment was given to us in March 2008 and we started working on it that same month. At the beginning we did not know for which customer this solution was destined. The information that it was Verizon Wireless, a US mobile operator, arrived only sometime in May 2008. At that time deadlines for deliveries of individual parts of the applications were known. We developed the whole solution in cooperation with other teams – eNodB in France and LG in the USA.

We gradually delivered all the required software releases and afterwards we started the testing phases of the entire solution. By June 2009 it was time for the so-called trial for Verizon Wireless. On the basis of positive outcomes to these acceptance tests, Verizon Wireless ordered the final commercial solution. This part of the work is done by another team in the US.

Our trial solution has been used as part of a demo version for several customers in Europe, Asia as well as other mobile companies in the US. Again, on the basis of positive experiences, final commercial contracts are now being signed.

The basic development of the solution was completed in December 2009 and our team is now working on new projects.

TSS: When and why did Alcatel-Lucent decide to launch a R&D centre in Slovakia?

The Bratislava R&D centre was launched in June 1997. Bratislava was selected in an internal competition with Romania and Poland. The good reference of Alcatel SEL TLH, the previous Slovak company that was based in Liptovský Hrádok since 1991, was then used for the launch of the R&D centre in Slovakia.

At that time it was necessary to extend software development capacities for the then-named Alcatel SEL company based in Stuttgart, Germany. We were chosen for the launch of an R&D centre for development of software for fixed networks. But since 1999 our scope has been extended by development of solutions for GSM networks. In 2000 we started with Packet Core activities. In more detail, we started developing software applications for GPRS (General Packet Radio System) solutions. This segment has remained with us up to now and currently we are the only Alcatel-Lucent location where applications for GPRS solutions for 2.5G/3G networks are being developed.

Currently our centre has about 100 employees doing R&D.

TSS: What projects are you working on now?

Right now, we are developing software applications for mobile networks that are being delivered to mobile operators in all corners of the world. Our solutions are now installed in more than 60 countries worldwide and, in total, they are used in more than 160 installations. Our solutions are used in Europe, Africa, Asia, America and others. When speaking about specific operators, these are VIP-VimpelCom in Russia, CMCC – China Mobile in China, Globacom in Nigeria, and Orange in the United Kingdom, among others.

Our R&D centre develops software applications on the basis of the customer’s requirements and simultaneously we endeavour to keep pace with our competition. Our clients in various parts of the world have various needs as well as different technical potentials. This makes our job even more demanding. Their requirements vary in capacity or performance, or there are differences in usage of our systems from the viewpoint of innovations in services for end-users.

Currently we have planned assignments with an outlook up to 2012. Specifically, we are working on delivering applications supporting, for example, MBMS (Mobile Broadcast/Multi-cast Service, Direct Tunnel, HSPA+ (High Speed Packet – Upload/Download), 3GPP Rel8 and others.