Fulmek: We need a signal from foreigners

The Slovak Spectator (TSS): What possessed you 10 years ago to buy an English-language weekly? Alexej Fulmek (AF): It’s not that it occurred to me, but that we were approached by the founders of The Slovak Spectator in 1999 or 2000, at a time when they all wanted to leave Slovakia and were looking for someone to invest in the newspaper. For us it was less an investment opportunity than a chance to own an English-language newspaper that produced quality journalism and that reported on events in Slovakia through the prism of values that were similar to those of the Sme daily. Those were the reasons we wanted to keep the newspaper on the market. If we hadn’t bought the paper it probably would have folded. 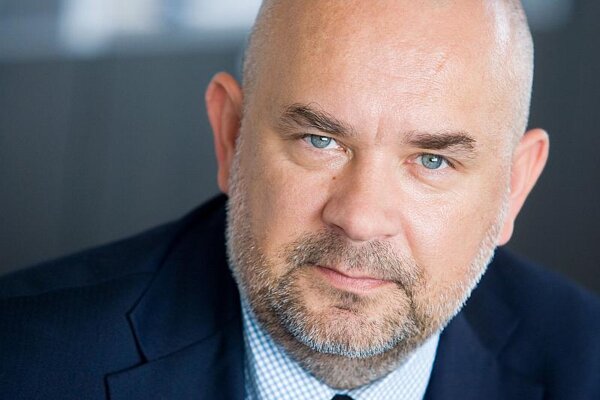 The Slovak Spectator (TSS): What possessed you 10 years ago to buy an English-language weekly?
Alexej Fulmek (AF): It’s not that it occurred to me, but that we were approached by the founders of The Slovak Spectator in 1999 or 2000, at a time when they all wanted to leave Slovakia and were looking for someone to invest in the newspaper. For us it was less an investment opportunity than a chance to own an English-language newspaper that produced quality journalism and that reported on events in Slovakia through the prism of values that were similar to those of the Sme daily. Those were the reasons we wanted to keep the newspaper on the market. If we hadn’t bought the paper it probably would have folded.

TSS: The Slovak Spectator has had its share of financial problems over the past 10 years. Did you ever regret your decision to buy it?
AF: We try to ensure that all of our papers turn a profit, including (the now defunct weekly) Domino fórum, where we put a lot of energy between 1998 and 2001. A publishing house as big as Petit Press can afford to wait three or five years for a paper to show a profit, but it has to show steady improvement and offer some hope of eventual success. TSS had a positive trend, so we were never worried, even today during the crisis. Understandably, small papers like TSS have seen around a 50 percent drop in advertising revenues. If these papers were not part of a large publishing house they would not survive, and I expect that after we emerge from the crisis they will go back to breaking even. But we need a clear signal from expatriates and foreigners living here that there is interest in TSS. That’s why we launched projects like our monitoring and analysis of local news stories that we sell to embassies. We want to see evidence from these embassies and from foreign companies that it makes sense to publish TSS, because of course it makes no sense to publish something just for the sake of publishing it. But I think we are seeing some signals, because the project is underway, and for that reason I think TSS has a future.

TSS: Where do you see the Spectator in 10 years?
AF: On the internet (laughs).

TSS: The Spectator doesn’t play the same role for the foreign community as it did 15 years ago. There are many more sources of Slovak news in English now, and many more foreigners who speak Slovak well enough to read local newspapers for themselves. What added value will the Spectator continue to provide?
AF: The Spectator brand name is a strong one, like that of the Sme daily. On the Sme website, 60 or 70 percent of the stories we publish come from wire services like TASR and SITA, while Sme itself produces only 30 to 40 percent of the material on offer. But readers keep coming to our website, rather than going directly to the TASR or SITA websites, because they believe in the brand name. So it’s irrelevant that more and more English-language news is becoming available, because the strength of the Spectator brand name consists in the selection process the news go through to make it to the web, as well as in the quality of the information that the paper offers its readers. That’s why people will continue to read it.

TSS: Smaller titles in your publishing house saw their ad revenues fall by over half last year, while even major papers lost significant ground. Is this revenue likely to come back once the financial crisis is over, or have advertisers finally realized they don’t have to spend so much on marketing?
AF: These revenues will certainly return, and they have already started to bounce back. This year Sme will very likely see an increase in ad revenues. It was interesting to see what the crisis did with small and large papers. The big three publishers – Ringier, Petit Press and 7 Plus – lost 20 percent of their ad revenues, which was a great result given that the overall advertising market fell by a third. Publishers from outside the big three, like the owners of the Pravda daily, lost 40 percent to 70 percent of their ad revenues. We saw the budgets of advertisers become concentrated towards the big three publishers. This year will be tough, and although I expect the market will return to growth in 2011, we will see some titles disappear, while the strength of the big three will become even more concentrated.

TSS: So you’re confident that the economic model in which newspapers are supported mainly by ad revenue will survive? Some media analysts in the US believe that this model is broken and can’t be fixed.
AF: I see one logical reason why this view is incorrect. During the crisis, all firms that spend money on advertising knew that the others would be saving money and reducing ad spending. Firms in competition with each other didn’t have to reach an agreement on this, it was simply widely known and accepted that everyone would be cutting costs because their revenues were down. They had no way of knowing whether the lower revenues were due to people spending less, or whether they were influenced by the reduced spending on advertising. They may believe it was due to the first reason, and that their savings on marketing helped them survive the crisis, but as soon as the competitive struggle resumes, the money will return, either to the internet or print versions of newspapers. We won’t see a general reduction in spending on communication, because as soon as consumer spending rises, advertising spending rises with it. The only question is which media will benefit from it.

TSS: The media market has seen a lot of consolidation in the past 15 years, with the extinction of titles like Slovenská republika, Nový deň, Práca, Národná obroda and others. Even Pravda was recently bought at the last minute by a local capital group. Has consolidation reached an end, or is politics still deforming the media market and leading investors to keep papers alive for non-economic reasons?
AF: We currently aren’t seeing any political deformation of the market. Papers that are artificially supported by the state, such as Slovenská republika in the 1990s, sooner or later suffer from the ineffectiveness of their business model. In the case of Slovenská republika, when Vladimír Mečiar lost power in 1998 and there was a change in government, the paper lost 40 percent of its circulation overnight because compulsory subscriptions within the state administration were cancelled. Slovenská republika sold pretty well even without this state support, in the region of 55,000 to 60,000 copies a day, and would have been able to stay on the market if it hadn’t been subjected to the shock of suddenly losing a third of its income. So any form of direct political intervention in the media market eventually leads to the collapse of the title.

TSS: But wasn’t the purchase of Pravda by interests close to the J&T financial group, which has benefited enormously from the policies of the current Fico government, a form of political intervention?
AF: I don’t believe so. I don’t think Pravda was bought primarily for political purposes. The price was so attractive, so low, that a certain group of people simply bought it.

TSS: Some western papers are playing with the idea of introducing micro-payments to read their articles. Sme now provides free access to everything. Will we see a pay-per-view business model in Slovakia as well?
AF: If Western Europe moves to a system of micro-payments for articles, it could be introduced in Slovakia, but it really depends on what happens abroad. At the moment we are proceeding on the assumption that we will never charge for access to articles. At the same time, newsstand prices for the print versions of dailies will have to go up to compensate for falling revenues from advertising, as well as from reduced circulation due to people reading on the internet. Circulation numbers will continue to fall gradually, newspapers will become a luxury product, and ad revenue will be redirected to the internet, where unfortunately for publishers the prices of ads are lower. On the other hand, everyone is in a panic about falling circulation, but the Sme daily still sells 16 million copies a year. What product sells 16 million copies a year? I think the panic is exaggerated and premature.

TSS: If the Spectator was up for sale again today, would you buy it?
AF: It would depend on the price and the circumstances. If again the paper was threatened with extinction and the price was reasonable, I would definitely buy it.