From Banská Bystrica, the road makes two long curves before opening up into the wide-open Hron River valley. The Low Tatras come into focus now, snow covering the high peaks well into May. It was here in the hills of central Slovakia where the Slovak National Uprising (SNP) found its resistance to Nazi occupation. Monuments sprinkle the countryside, concrete statues constructed by the communists to remember the heroes of World War II and the coming of the Soviet socialist age. Names of Slovaks who died are etched in the stone, names fading from memory in 2010. 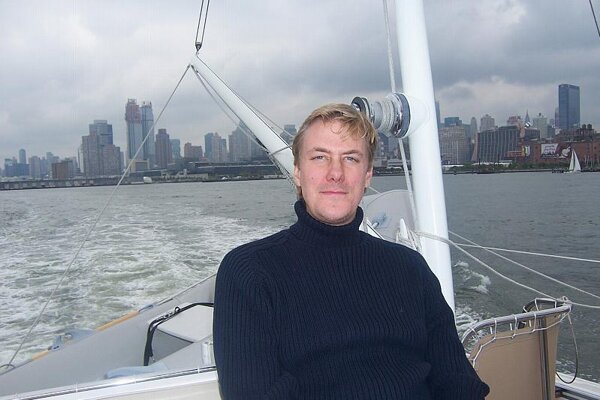 From Banská Bystrica, the road makes two long curves before opening up into the wide-open Hron River valley. The Low Tatras come into focus now, snow covering the high peaks well into May. It was here in the hills of central Slovakia where the Slovak National Uprising (SNP) found its resistance to Nazi occupation. Monuments sprinkle the countryside, concrete statues constructed by the communists to remember the heroes of World War II and the coming of the Soviet socialist age. Names of Slovaks who died are etched in the stone, names fading from memory in 2010.

My wife Reni’s grandmother Anna Sutaková could have had her name on one of those memorials. But it is her friends who are there, not her. Starká as she is known to me, died this past week, age 85. She once showed me the deep scar on her left leg caused by shrapnel from a grenade explosion on a bridge near her village of Medzibrod that tore her two best friends to pieces. She was a young and beautiful girl of 19. She would take messages hidden in loaves of bread to the local mountain fighters, partisans the people called them. She was once caught by the Germans in the hills of Nemecká, where she watched people being thrown into the fires of a kiln. She survived all the miseries of war and would often return to this time of her youth especially towards the end of her life.

After the war she had eight children during communism, experienced the brief air of hope Slovak Alexander Dubček brought the country, saw Warsaw Pact tanks roll over her land, watched the November 17 revolution unfold on TV, and drank to an independent Slovakia on January 1, 1993, my second day in what was no longer Czechoslovakia.

During the 1990s when Rick Zednik, Richard Lewis, Eric Koomen and I were starting The Slovak Spectator, we witnessed the rise of Prime Minister Vladimír Mečiar. It often baffled us how someone as authoritarian as Mečiar could be loved by so many, especially the older generation and particularly in central Slovakia. “Babky demokratky” became the phenomena – granny democracy.

Starká was one of these “grannies,” fierce and passionate about supporting Mečiar. She once commented that she would stick her cane in the bicycle spokes of Mečiar’s biggest rival, Mikuláš Dzurinda, if his campaign bike tour ever came through her village. Mečiar was the “father of Slovakia” and could do no wrong in her eyes.

I interviewed Mečiar one-on-one at his villa in Trenčianske Teplice in November 1999, a year after he had lost power. Since it was 10 years after the Velvet Revolution, the interview was to give Mečiar’s recollection of 1989 as well as tell his story of how Slovakia’s independence came about. The two-part interview was criticised for being too easy on Mečiar. I did not ask him about his obsession with President Michal Kováč, the kidnapping of Kováč’s son, and the alleged cover-up by the Slovak Intelligence Service including the unexplained murder of informant Róbert Remiáš. But I do think the interview was insightful about Slovakia’s breakup with the Czech Republic and how it came about from one of the main architects.

With the split and Mečiar in power, Slovakia’s hopes for integration with the European Union seemed like a far away proposition – the country was put at the back of the line. This was the backdrop when The Slovak Spectator started on March 1, 1995. The incredible future that unfolded for Slovakia – EU and NATO membership, adoption of the euro, and economic prosperity – was not predestined. In fact, a political scientist frequently quoted in The Slovak Spectator, Grigorij Mesežnikov, once told us that Slovakia had two paths. One, the EU model – integration with the West, triumph of the rule of law, respect for human rights and healthy democratic institutions; or two, the Moscow model – one-party authoritarian rule, corrupt judicial institutions, and bullying of political opposition. This created a harsh split in society between Mečiar’s followers who firmly believed Mečiar had Slovakia’s interests at heart and those opposed to his methods, believing he only sought power for himself and his cronies at any cost.

We were hyper-sensitive to present an unbiased view of politics and business in the newspaper. We had witnessed first-hand how being perceived to be unfriendly to the government could hurt our business as the cheaper state-run printing house refused to meet with us about printing our newspaper and the largest media distribution network, a state-run company, refused to circulate our newspaper. So Richard, Rick, Eric and I developed our opinion page called “Spectrum” to offer two opposing sides (usually pro-government vs. opposition) of an issue. This created an equal voice for both sides, providing great debate in our pages. We were fortunate Spectator journalist Daniel Borský was tenacious enough to get both sides to write. The debates were lively: NATO membership, television privatisation, securing energy from Russia, to name a few.

We decided to write our first editorial in June 1997, “An open letter to Prime Minister Mečiar,” after the botched referendum for NATO membership and the direct election of the president. There was a real fear that Mečiar would manipulate his way to stay in perpetual power. But decisive election results in September 1998 against his party saw Mečiar leave the top stage for good and Slovakia’s path was chosen.

Another story we followed closely in the beginning, perhaps a bit obsessively, was the coming of McDonald’s to Slovakia. McDonald’s became such a symbol of the West, that if a country had a McDonald’s, it must be safe and ok for foreigners. Though none of us Americans working on the paper could claim a real love for McDonald’s back in the States, in Central Europe it became a kind of weekend pilgrimage destination for us. Day trips to Brno and Győr were sought just because they had big macs and shakes. Any visit to Prague, Budapest or Krakow started and ended with a trip to “MickeyDs.” When the golden arches finally did come to Banská Bystrica in October 1995, the flag of the West had finally struck into the ground.

Foreign investment soon followed fast behind McDonald’s as the giant telecom companies positioned to enter the Slovak mobile phone market. US-based Bell Atlantic formed a partnership with Slovak Telecom to create Eurotel. And France Telecom joined up with six Slovak entities to form Globtel. These two companies competed rigorously for the Slovak consumer and were both significant advertisers in The Slovak Spectator. We relished their rivalry as it provided great business stories for our readers.

Our editorial philosophy is a sacred bond with readers

I was asked to change a quote by one of the company’s top executives which the company thought painted them in an unfavourable light. I had the interview taped and felt that the quote was accurate, in context, and important to the newsiness of the story, so I refused to change it. The company threatened to stop advertising if we didn’t change or remove the quote. For a small company fighting for survival, loss of such a large advertiser could threaten our existence. Yet giving into their demands would have ended our independence and editorial integrity. The company stopped advertising with us. And yet we are still here 15 years later.

Zednik, Lewis, Koomen and I grew the business together, never afraid to try new things, never afraid of the all-nighters, and weekend work. We had our differences but hammering through these opposing views made the business stronger. After five months the venture was almost lost as we saw our initial capital investment evaporate. But we listened to the market, adjusted and found our way.

Today, Koomen and I stay on as owners along with the majority owner since 2000, Petit Press, which publishes the daily Sme. We know that it is our editorial philosophy that keeps that sacred bond with our readers and gives The Slovak Spectator’s advertising partners a respectable place in the Slovak media market to share its marketing messages. Koomen and I often shake our heads at the media in the US, so biased and unbalanced. We often wish that the idealistic journalism that we brought to Slovakia with the inception of The Slovak Spectator could be reintroduced to America.

The media market has changed immensely since the “Great Recession” at the end of 2008 and 2009. Advertising models are shifting as the web takes on greater importance. Fortunately The Slovak Spectator is part of the media family Sme, with the strongest media mind in the country as its CEO, Alexej Fulmek. Current publisher Ján Pallo grew up at The Slovak Spectator and has positioned the company to grow in the future.

My own journey that started 15 years ago has brought so much joy to life. Even after you leave Slovakia, Slovakia never leaves you. It is there, part of my soul. And the stories learned from knowing people like Starká have given more meaning to history and culture than I could ever have imagined. Starká’s life wasn’t from a book on a shelf at home or from a documentary on a cable channel, but a real reminder of the weight of history.

So every year when my wife Reni, eight-year old son Mark and I return to Slovakia to visit her family, coming around that final curve into the Hron River valley, the green fields rolling towards the base of the Low Tatra mountains, Starká’s spirit will be there, anchoring Slovakia as it moves into the future. The Slovak Spectator will be there to cover it.