Slovakia, you have much to be proud of

In a recent moment of nostalgia, I leafed through Lonely Planet’s first guidebook to the independent “Czech & Slovak Republics”. Published in February 1995, it hit shelves only days before The Slovak Spectator’s debut issue did. To turn the pages of that pioneering edition now is an amusing exercise in historical irony. 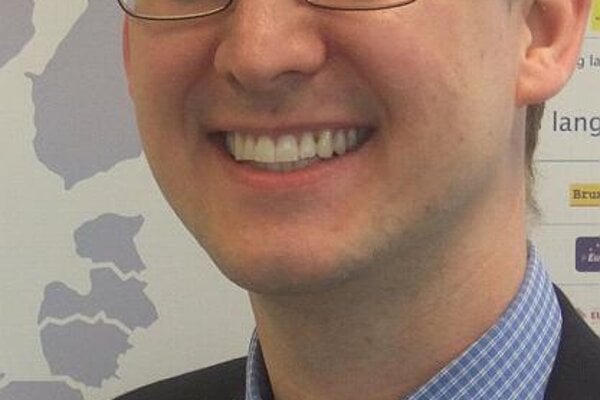 In a recent moment of nostalgia, I leafed through Lonely Planet’s first guidebook to the independent “Czech & Slovak Republics”. Published in February 1995, it hit shelves only days before The Slovak Spectator’s debut issue did. To turn the pages of that pioneering edition now is an amusing exercise in historical irony.

“The Slovak Republic,” LP wrote, “is an economy that seems to have done less well out of the ‘Velvet Divorce’ than the Czech Republic, and Slovaks sometimes feel conscious of the disparity between themselves and their neighbours.” Back then, it was true enough.

When I taught English in Prague in 1994, foreigners were frequently asked, “What brought you here?” The emphasis on the question’s third word hinted that there were almost as many good reasons to be drawn to Prague as there were expats living there. (And there were reportedly 20,000 Americans in Prague during the mid-90’s peak.

In contrast, the question often posed to foreigners in Bratislava in those days was, “What brought you here?” The emphasis on that last word suggested something like: “Of all the places in the world you could visit, why on earth did you choose this one?”

In case the LP’s introductory words of caution were too subtle, readers got a stronger dose on the next page. “Marred by grotesque Stalinist architectural intrusions, ...” was how the chapter on Bratislava began. It continued to say the capital had “relatively few tourists other than Austrian day-trippers”.

Aha! Perfect! A diamond in the rough. That is how we founders of The Slovak Spectator saw it in 1995. Dan Stoll, Eric Koomen, Richard Lewis, and I loved Slovakia for its lack of pretense. When I needed a black suit for my grandfather’s funeral that year, I bought it at the store in Bratislava with the widest selection of modern fashion: K-Mart (now Tesco).

Yes, we saw potential, bundles of it. But it would be stretching the truth to say we were confident then that 15 years hence, Slovakia would be so integrated into the European Union, that Austrian day-trippers would no longer need to line up at a border station on the way from Vienna to Bratislava. Or that the LonelyPlanet.com of 2010 would write — as it does — about Slovakia hosting “a horde of low-cost carrier junkies.” (“What,” we would have asked, “is a ‘.com’? And ‘low-cost carriers’?”)

And to think Slovakia’s economy would be strong enough to adopt the euro years before the Czech Republic’s — as it has — would have been laughable back when LP published its first guide to the two newly independent neighbours. (Imagine: “What’s a ‘euro’?“) But indeed, the cycles of time have turned so that Slovaks are now enjoying their time on top just as the Czechs are in a funk. Slovakia qualified for this year’s soccer World Cup over the traditionally superior Czechs. And the Slovak men’s Olympic ice hockey team barely missed a bronze medal, while the Czechs equalled their worst-ever showing with a 7th place finish.

Here is the point: Slovakia now has more to be proud of than anyone could have predicted a decade and a half ago. Along with world class athletes and an economy that produces more hockey pucks and more cars per capita than any other, the country has something else today that it didn’t have when that first Lonely Planet edition was published: a well-established English-language newspaper. In that fact, I take great pride.

I am proud of everyone who has worked over the years — some of them for two or three times longer than I myself did — to make the newspaper, its website, and the various annual publications a success. In particular, I congratulate Beata Balogová and Ján Pallo and their team for continuing to meet their readers’ and clients’ high expectations. And I congratulate the two of my co-founding partners, Dan and Eric, who have maintained their ownership interests throughout these 15 years. They are the two most important people in The Slovak Spectator’s history and they deserve the gratitude of the many people the newspaper has touched over the years. Na zdravie!