AIRPORTS, airline companies, passengers, business time, and leisure hours: all became a plaything of nature. The ash plume from an Icelandic volcano rescheduled almost the whole world. After a week of forced rest, the aluminium birds were trying to flock again into European skies and were causing nearly as much havoc as the shutdown of the European airspace caused a week earlier when the plume of volcanic ash spread across Europe. 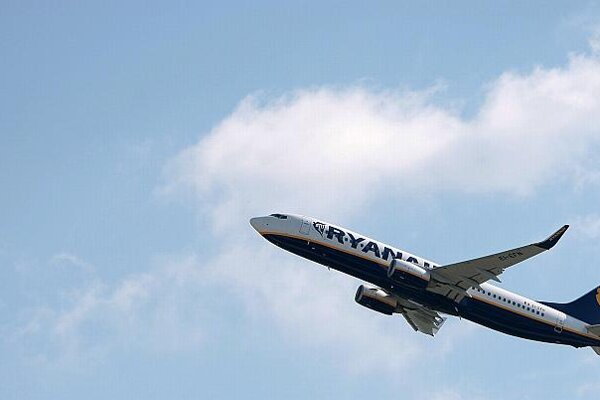 AIRPORTS, airline companies, passengers, business time, and leisure hours: all became a plaything of nature. The ash plume from an Icelandic volcano rescheduled almost the whole world. After a week of forced rest, the aluminium birds were trying to flock again into European skies and were causing nearly as much havoc as the shutdown of the European airspace caused a week earlier when the plume of volcanic ash spread across Europe.

Though Slovakia has not a single air hub of global significance, the central European nation still fully experienced the global turmoil. The country’s airspace was shuttered in the late afternoon of April 16 as the world struggled to pronounce the name Eyjafjallajokull, the Icelandic volcano that sent its ash hovering over Europe. Slovakia’s airspace was reopened on April 21 but with the authorities closely monitoring the changing situation.

On April 22, when The Slovak Spectator went to press, airport life was still far from normal since both air carriers and passengers faced crowded air routes, jam-packed aircraft and many rescheduling headaches. The Sme daily reported that airline companies were also selling more tickets than the number of available seats on scheduled flights.

Ryanair, the low-cost Irish carrier, re-launched its flight schedule in the early afternoon of April 21 and advised passengers who had their tickets rescheduled for April 22 to arrive at the airport as early as possible, at least two hours before the planned flight departure. The airline company also cancelled its regular flights between Ireland and Great Britain for several days so that its available planes could focus on routes between continental Europe and Britain. Ryanair estimated that its normal flight operations might be resumed by midday on April 23, according to a company news release. The airline companies and airports were already busy calculating how hefty a bill Mother Nature had sent from Eyjafjallajokull. Even if Bratislava is far from Europe’s busiest airports, it was nonetheless affected by the volcanic ash cloud.

“Of course the current situation in air transportation has a negative economic impact on Bratislava Airport too,” Dana Madunická, spokeswoman of Bratislava Airport, told The Slovak Spectator. “At the moment it is impossible to calculate the exact amount of losses; but the airport is losing tens of thousands of euros per day. The amount will probably increase, since not all the airlines have restarted their operations with the re-opening of Slovakia’s airspace.”

Madunická added that additional air transport restrictions might still emerge after Slovakia’s airspace had been reopened and flights resumed from Bratislava Airport.

Ryanair expects its net profit for fiscal year ending next March 31 to be approximately €6 million per day less over the seven day period between April 15 and April 22 because of the substantial disruptions, its news release stated.

“Obviously this figure will vary depending on how long these disruptions persist, the number of flights which Ryanair is able to operate following resumption of schedules, how quickly the backlogs can be cleared, and when load factors return to normal,” said Henrike Schmidt of Ryanair.

Danube Wings, based in Slovakia, predicted losses of at least €41,661 because of the closed airspace, airline commercial director Jozef Bebiak told The Slovak Spectator.

“The sum represents the loss of revenues for the cancelled flights until noon on April 19,” said Bebiak. “However, this sum does not include additional costs which emerged for Danube Wings in association with rescheduling of the flights such as the crowded airspace, delayed flights, along with costs for the crews.”

Up until April 19, Danube Wings was forced to cancel 18 flights from and to Košice, Poprad, Bologna, Crotone and Basel. These cancellations affected 370 passengers on regular flights, and 105 passengers on charter flights. As late as April 20 the company was forced to cancel a flight on its Bratislava-Basel route. Danube Wings is not insured against commercial risks, Bebiak said.

Dozens of Slovaks remained grounded on other continents, unable to get return flights home as of April 21, according to a statement by Slovak Foreign Affairs Ministry spokesman Peter Stano to the TASR newswire. Most of these Slovak nationals, almost 40 people, are stuck in Delhi, India, but some people are also stuck in Kenya and Thailand. However, none of the citizens are in an emergency situation.

“In most cases, they’re only seeking advice on how to proceed when forced to prolong their stay in a foreign country,” said Stano.

185 flights from Bratislava Airport had been cancelled by April 21, with 33,200 travellers affected. The International Air Transportation Association estimated the total losses of air carriers at €1.3 billion and said it believed the flight limitations had affected more than a million passengers a day.

According to Madunická, Bratislava Airport has noted that EU representatives have made statements which seem to open the possibility for air carriers to apply for compensation for losses from the state.

“Considering the fact that the current situation in air transportation had a similarly negative economic impact also on the airports, we are exploring whether it is possible to apply for the same compensation in our case,” Madunická told The Slovak Spectator. “We assume that the option to apply for a form of compensation should be equally available to all the concerned bodies within the civil aviation industry.”

For that reason Bratislava Airport has been monitoring developments in this area and is working with its European-level association to collect further information.

“We are working with Airports Council International Europe in which we have membership and which represents the airports in negotiations on this issue with the EU,” said Madunická. “We believe that there will be an equal approach taken towards the airports and that it will be possible for them to request compensation for this unpleasant situation.”

Adam Valček contributed to this article.