FROM the outset it looked like a strange decision. A Poprad district court judge ruled on March 26 that the Slovak Land Fund (SPF) was liable for at least €60 million in damages for allegedly breaking a promise to sell some farmland to a would-be investor. The land itself was worth €10 million at most, and developing it would have required a far greater outlay. Judge Peter Koman did not explain how he arrived at his compensation figure. 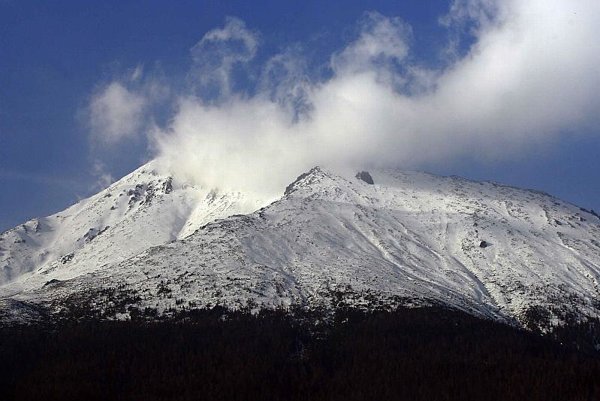 But who was the lucky party that stood to collect €60 million without investing a penny? Who owned the Cyprus company Ermanno Trade & Investment Limited, the plaintiff in the case, which was actually demanding €93 million in damages and lost profits?

The daily Pravda noted that acting for Ermanno was Irene Spoerry, who also guaranteed an €800,000 loan in 2005 that ended up in the coffers of the opposition Slovak Democratic and Christian Union (SDKÚ).

But documents from the Luxembourg, Czech and Slovak commercial registers led The Slovak Spectator to Juraj Kamarás, a Košice businessman who made his fortune under the 1994-1998 Vladimír Mečiar government. Contacted on a business trip in Ukraine, Kamarás admitted that he stood behind the plans to develop the land.

Kamarás got his start in the early 1990s, importing iron ore from Ukraine for the VSŽ steel mill, and then selling the finished product in Europe. He later participated in the privatisation of the SCP paper mill in 1996, eventually selling his stake to Austria’s Neusiedler for a reported $280 million.

Kamarás served in 1994 on the National Property Fund, which oversaw the sale of state companies. He was nominated by the now-defunct Democratic Union, which broke off from Mečiar’s HZDS party.

“I was never a member of any party,” he said. “I take little interest in politics.”

In early 2006, the Slovak firms AR Park, AR Golf and AR City began communicating with SPF, with the goal of purchasing some 200 hectares of land in the municipality of Veľký Slavkov, a few kilometres from the High Tatras. The land was to be the site of a massive golf, casino and residential housing project. Marek Budzák, the SPF’s regional director in Poprad, wrote that he had no objection to the transaction.

But in March 2006 the outgoing Dzurinda government issued a moratorium on the sale of state assets, meaning a freeze on sales of public land as well. The three would-be investors also failed to meet two key conditions of the tentative deal – they did not secure the approval of the local government for their land use proposal, and the land they wanted was also claimed by “restituents”, people from whom it had been confiscated during communism.

In 2007, about 30 of the 200 hectares that the AR investors wanted were assigned by SPF deputy director Branislav Bríza to restituents from southern Slovakia. The three AR firms then transferred their claim against the land fund to Ermanno, which sued for damages and won.

“We have several such projects, and it’s completely normal to come to such arrangements with the land fund.” Asked whether he thought the €60 million award was fair, Kamarás said: “I can’t comment, I believe that sum was based on a court-ordered appraisal.”

Kamarás still co-owns the AR group of companies with Ermanno through his Luxembourg firm, CIFI SA. “CIFI is no front company, we have over 5,000 employees,” he said.

While Kamarás said that the court case was based on valid contracts, a closer examination of the companies involved shows some interesting personal contacts as well.

Roman Antal, who figured in all three AR companies, is also a business partner of Zdenko Harabin. Asked if he was related to Štefan Harabin, president of the Supreme Court, Zdenko Harabin said “I don’t want to comment. I wouldn’t like my name to be associated with something like that.”

With the SPF having appealed the Poprad court’s verdict, the case now goes before the regional court in Prešov. The chief justice of the regional court is Igor Burger, whom Mečiar nominated for a post on the Constitutional Court, the nation’s highest legal authority.

And if the Prešov court’s ruling is challenged, the case could end up before the Supreme Court, Štefan Harabin presiding.

Ironically, Kamarás and his partners seem initially to have believed that their plans were foiled by another business group close to the HZDS, the GVM firm of erstwhile Mečiar bodyguard Milan Bališ.

At the same time that Kamarás and his partners saw “their” land handed to others, GVM received about 100 hectares of land fund property in Veľký Slavkov. According to Bališ, Kamarás initially thought GVM had cut in on his deal.

“They thought we were given some land within their site. But our land was in another part of the municipality altogether.” Bališ suggested that the AR group had then used their local influence to have the GVM deal stopped – the cadastral office in Kežmarok refused to register the GVM transaction due to formal errors in the contract documents.

Later, when it was discovered that Bríza had acted on his own initiative in issuing the AR properties to the restituents from south Slovakia, GVM received handsome compensation – 140 hectares of even more valuable SPF property in Stará Lesná and Veľká Lomnica. The AR group, meanwhile, secured a positive court verdict awarding them €60 million, some six times the value of the land they had been unable to buy.