ORGANISING a film festival is not necessarily a question of a multimillion-euro budget and years of experience. A few months ago, a group of people from Košice in their early twenties decided among themselves that the Slovak filmmaking scene needed stirring up. Now, some of the best-known local directors are heading to the eastern metropolis to take part in the country’s first documentary film festival, which takes place between April 28 and 30. 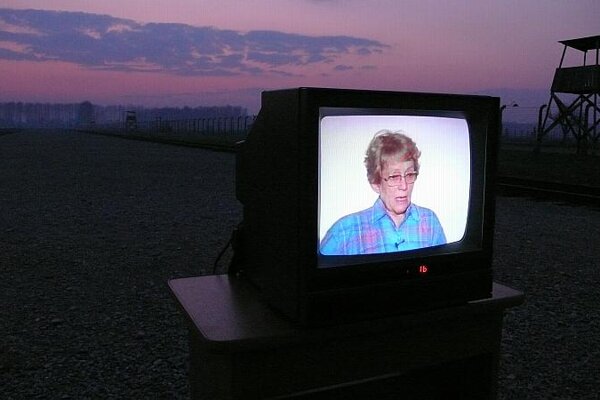 ORGANISING a film festival is not necessarily a question of a multimillion-euro budget and years of experience. A few months ago, a group of people from Košice in their early twenties decided among themselves that the Slovak filmmaking scene needed stirring up. Now, some of the best-known local directors are heading to the eastern metropolis to take part in the country’s first documentary film festival, which takes place between April 28 and 30.

All the major Slovak film festivals, such as those in Bratislava, Trenčín and Piešťany, have sections dedicated to documentary films, but until now there has been no separate event focused solely on this genre.

Martin Kováčik, one of the organisers of Forum.DOCsk, as the new event is known, said he believes that Slovak documentary film “deserves its own national forum that should offer filmmakers a platform for professional and artistic exchange”.

With this conviction in mind, the young enthusiasts have developed a framework that should, under the most optimistic scenario, one day resemble the renowned Jihlava Documentary Film Festival held every autumn in the neighbouring Czech Republic.

Apart from offering a comprehensive overview of domestic documentary production, Forum.DOCsk will include a series of panel discussions bringing professionals and the public together and, from next year on, a competition section for new Slovak documentaries. In the future, the festival could even expand to the international level, serving as a meeting point for film professionals from the neighbouring Visegrad countries, if not the whole of central and south-eastern Europe.

Though the first, pilot event will be run “on a testing mode”, local cinemagoers can look forward to a rich programme of attractive screenings, meetings and side events, Kováčik said.

“Viewers will have the opportunity to familiarise themselves with virtually the whole history of Slovak documentary film, from the post-war period until today,” he told The Slovak Spectator.

The films have been divided into four sections, namely The Accursed Poets of Slovak Documentary Film, Prologue ’90, Generation ’90 and New Season, each covering a different period of local film production.

The biggest successes of recent years, such as Juraj Lehotský’s Blind Loves (Slepé lásky) or Marko Škop’s Osadné, have deliberately been excluded from the programme of around 50 screenings in total, which will instead feature, for example, well-known directors’ unknown débuts or student films.

“Moreover, Forum.DOCsk will screen movies made by authors who are known as feature movie directors rather than documentary filmmakers, which is most often due to the fact that immediately after they completed their first documentary, the former regime forced them to give up tackling thorny issues,” Kováčik remarked.

Among these films will be Štefan Uher’s Marked by Darkness (Poznačení tmou), from 1959, and In the Slow Line (Na vedľajšej koľaji) by Martin Hollý, from 1957.

However, the organisers emphasised that a film festival ought to bring not only good movies but, even more importantly, an interaction between the audience and the authors as well as among film professionals themselves. That is why they have invited a number of interesting guests to attend this year’s event.

Kaňuch, who is also the editor-in-chief of the Kino-Ikon film magazine published twice a year by the Slovak Film Institute, said he and his colleagues greatly appreciate the Forum.DOCsk initiative.

“We cannot but welcome it when someone wants to contribute to the development of our film culture, and especially if it is outside the traditional centres located in western Slovakia,” he told The Slovak Spectator, adding that creating an annual event dedicated exclusively to documentary production is in his opinion a praiseworthy idea.

“This genre was for a long time deprived of its due place at our festivals, which only here and there present Slovak documentaries,” he said. “So I hope Forum.DOCsk will help to propel this genre to the forefront, all the more so because our country boasts many prominent names who have achieved considerable success both at home and abroad and whose voices should be heard so that future generations can follow in their footsteps.”