Hiking became a part of my life

It was a sunny March morning when the bus I was riding crossed the border from Austria into western Slovakia and, minutes later, gave me my first glimpse of Bratislava Castle. 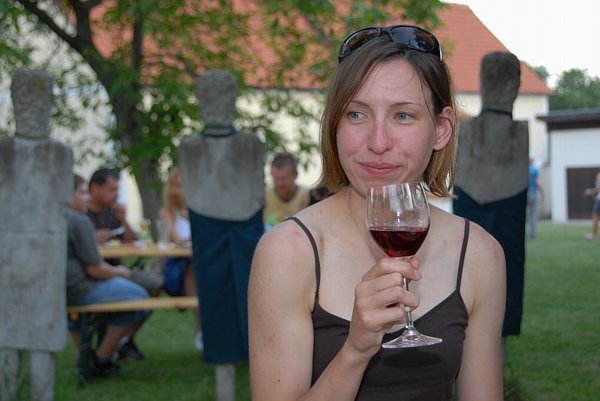 It was a sunny March morning when the bus I was riding crossed the border from Austria into western Slovakia and, minutes later, gave me my first glimpse of Bratislava Castle.

I was on this bus because I'd agreed to spend the next four months travelling through Slovakia and writing about it for the Spectacular Slovakia travel guide. Aside from that, and the limited information I'd gained from the travel books I'd been reading since before I left Canada, I didn't know much else.

But that was about to change, and quickly. The Slovak Spectator prefers to train its new reporters by throwing them into the deep end. I had just enough time in Bratislava to find housing, get bronchitis and recover before I was sent out on my own to explore this country from tip to tip.

My travels left me with some strong first impressions.

Slovakia was full of remarkable streetscapes. I started my journey by wandering around Bratislava's old town. As I did, I couldn't take more than a few steps without pausing to take a photo. But it wasn't just the buildings in Hlavné námestie with their frilly pastel facades, or the bulbous baroque church steeples, or the red-tiled roofs – although I basked in the view of them from St. Michael's Tower. I loved the time-worn buildings that hadn't been touched by restoration yet. My favourite street was Kapitulská.

Slovakia was scenic. As soon as I ventured outside of the city, I realized it was surrounded by lovely, tranquil country views with a backdrop of the Small Carpathians. I soon learned that no matter where you travelled in the country, you were always within sight of hills or mountains or rivers. That never stopped being exciting. The first time I caught sight of white-capped peaks – a glimpse of the Low Tatras from the hills outside of Banská Štiavnica – I squealed a little bit out loud.

Slovakia was outdoorsy. By the time I got to Nitra, on my third week of travelling, I couldn't resist the hiking trails any longer and trekked to the small peak of Zobor. Those ever-present hills beg you to hike, and the amazingly well-marked trail system makes it easy for even beginners to venture through the forests. In some spots, such as the Súľovské Skaly circuit and the lower trails of the High Tatras, hiking almost seemed like a communal event, with families and tour groups hitting the trail together.

Slovakia was nuts about hockey. Canadians tend to think a love of hockey is their national birthright. My time in Slovakia proved they're not unique in that. In Bratislava, two months after my arrival, I met up with a small group of Canadians to see Canada and Slovakia play each other in the opening round of the World Hockey Championship – a tournament that draws little notice in Canada because it happens at the same time as the Stanley Cup playoffs. The bar was packed with people wearing Slovakia jerseys and face paint, chanting and blowing air horns the whole time. The only time I'd seen that kind of display in Canada was during high-stakes NHL playoff or Olympic games – definitely not a “meaningless” game like this one. I came away with a new appreciation for how a sport can shape a country's national pride.

Slovakia was at a crossroads. Working in a newsroom and chatting with my new Slovak friends gave me a crash course in post-East Bloc politics. It was fascinating to see the way different people spoke about communism, or about EU membership and the euro, and the way the people and the politicians tried to move forward after so many decades of one-party rule – sometimes stumbling along the way.

Slovakia was sometimes a frustrating place to see by yourself. I can't remember how many times I waited for buses that didn't come when they were supposed to, or stood outside the locked gates of attractions that weren't open when I thought they'd be – particularly in places such as Rožňava, Levice and Komárno. Part of it was the lack of reliable English-language tourism websites at the time; part of it was the lack of reliable public transit in some areas of the country; part of it was probably my inexperience. But somehow, the effort it took to make it work only made me feel more invested in Slovakia. I don't think I would have appreciated the country as much if it was delivered to me on a guided tour. It also taught me that when you miss a bus, it gives you a good excuse to enjoy a coffee at a sidewalk cafe.

Slovakia was welcoming to travellers. Of course, there were many places where the concept of “customer service” hadn't really caught on. But there were other people, from the attendant at the tourism office in Starý Smokovec to the 83-year-old man I met at the train station en route to Banská Štiavnica, who were pleased to have a visitor all the way from Canada, and eager to help with smiles on their faces.

Slovakia knew how to celebrate. Whether it was at an all-night party in one of Bratislava's dance clubs, or a family holiday with home-made wine and a huge spread of food and desserts, or an afternoon on the Small Carpathain Wine Route, people liked to have a good time. One of my most challenging moments as a travel writer was trying to maintain an aura of sobriety after four hours of sampling wine on St. Urban's Open Cellars Day.

Four months passed quickly after that first glimpse of Bratislava Castle. By then, I had become addicted to seeing beauty around me at every turn, whether in the form of quirky buildings or tree-covered hills. I got used to seeing a castle from the sidewalk in front of my apartment, and running on the banks of the Danube. Hiking became a part of my life. I was fascinated by the politics and history of this country, and finding new ways of thinking about my home country and my place in the world. And I was learning new things and meeting new people all the time.

After four months, the travel guide was finished – but I wasn't. I agreed to stay till the end of the year.

I can't give enough thanks to the people who helped me to create the Spectacular, and to get to know Slovakia. My co-workers at The Slovak Spectator, who lent me their old travel guides and trail maps, helped me buy hiking boots, took photos for my stories and ducked out of work on a Friday to go exploring in the hills around Koliba. My roommate Petra and her family, who brought me to their home in Svätý Jur to share in a traditional Slovak Easter celebration. My friend Silvia, who served as an eager driver, translator, travel companion and comic relief on an unforgettable road trip through eastern Slovakia. And Laco, the hostel receptionist with whom I spent hours drinking Zlatý Bažant and discussing Slovak politics and culture – conversations we still have over Skype to this day.

Thanks to them, and the crazy band of expats who became my adopted family, I came to another realization.

Slovakia was home. And part of me has never really left.