BACK in 2008, Slovakia boasted one of the fastest growing economies in the European Union and oozed confidence about its ability to tame the public finance deficit. A year later, squeezed by the global economic downturn, Slovakia had not only failed to keep its deficit under 3 percent of gross domestic product (GDP) – the limit defined by the Maastricht criteria for euro membership – but had seen it almost triple. 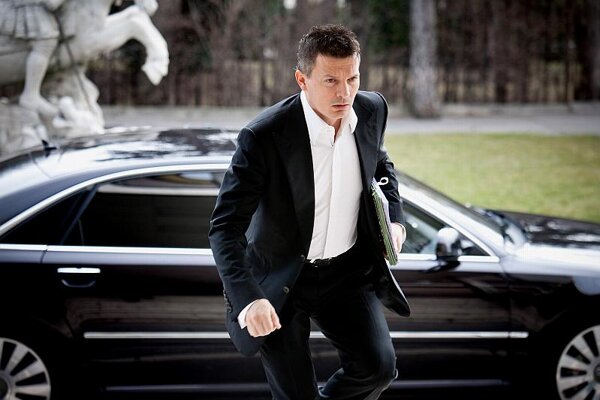 BACK in 2008, Slovakia boasted one of the fastest growing economies in the European Union and oozed confidence about its ability to tame the public finance deficit. A year later, squeezed by the global economic downturn, Slovakia had not only failed to keep its deficit under 3 percent of gross domestic product (GDP) – the limit defined by the Maastricht criteria for euro membership – but had seen it almost triple.

The government was quick to blame the global downturn – and towns, villages and public schools for consuming more. State officials also pointed their fingers outside Slovakia and argued that the country’s performance wasn’t much worse than the European Union average.

Market watchers agree that no one expected Slovakia to emerge from the crisis unscathed, especially given the fall in tax revenues and the government’s need to spend more money than it had back in 2008, when the country’s economy was running like a well-oiled engine.

This compared to a eurozone average of 6.3 percent, and an average deficit across the whole European Union of 6.8 percent of GDP.

The government has meanwhile made plans to trim the deficit to 5.5 percent of GDP in 2010, but some market watchers have warned that this appears unrealistic.

The plan counts on higher output in the economy and higher tax incomes than the state had in 2009, Radovan Ďurana of the economic think tank INESS told The Slovak Spectator.

“However, the current prognosis has already reduced the estimate of employment growth, [and predicts] slower growth in the average wages and consumption of households,” Ďurana said. “These are factors which will directly impact revenues from income taxes and payroll taxes this year. Since neither the outgoing government nor the new one will manage to pass fundamental savings measures and thus will not reduce the volume of state spending, it is probable that the deficit [target] will not be met.”

The Finance Ministry had expected the deficit to stand at 6.3 percent of GDP. The apparently small difference between the estimate and the actual performance is significant, according to Sadovská, because of the scale of extra spending it represents.

“For those who do not consider the difference of a few tenths of a percent significant, in practice five tenths of a percent represents about €300 million,” Sadovská said. “It is not little.” She pointed out that Slovakia is obliged to keep its deficit under 3 percent of GDP in order to observe the Maastricht criteria – i.e. to more than halve its deficit.

Market watchers suggest that even though Slovakia was squeezed by the global downturn in 2009, public spending has increased year-on-year by more than 10 percent, just as it did in the previous year, when the country’s economy was still growing. This has put Slovakia in the unenviable position of having posted the highest growth in public spending among all 27 EU member states. Yet Slovakia has also had one of the smallest drops in revenue, of 1.5 percent.

“The volume of tax revenues could hardly have been influenced last year,” Sadovská said. “In terms of spending, it is not enough to keep repeating the expression ‘insufficient spending’ either. Higher expenses might have some justification, but only if they are meaningful and support the economy.”

As for the burden that higher deficits put on the shoulder of the state, Ďurana said that this also means higher state debt.

“Higher state debt means immediately higher expenses: specifically, last year’s growth in the state’s debt means €32.60 higher interest costs per capita,” Ďurana told The Slovak Spectator. According to him, if a greater part of the taxes collected are used to pay interest, fewer funds will remain for education and health care, for example. Ďurana offered an interesting comparison: the growth in interest charges on public debt last year was equivalent to the entire budget of the Culture Ministry.

Ďurana said the publication of an updated tax revenue forecast was one thing the government should do to make its plan to cut the state deficit to 5.5 percent of GDP more realistic.

“The tax committee organised by the Finance Ministry last met seven months ago,” Ďurana suggested. “Updating the tax revenue [prognosis] would make it possible to estimate more precisely what shortfall in taxes the cabinet faces. The deficit is so huge that its reduction will be possible only by adopting structural reforms or thanks to rapid economic growth. Since the second option is currently highly improbable, the government should set goals for savings and carry out audits and analyses which would lead to savings.”

Ďurana also said that efficient savings would not be possible without making cuts to the social welfare system, which is not sufficiently targeted. For example, he said, some benefits are paid to the rich; or, instead, are performance-based when they should not be, for instance pensions or unemployment benefits.

“If we do not carry out these reforms now we might face the fate of Hungary or Latvia, which have had to cut expenses based on IMF recommendations,” said Ďurana. “Such cuts are then more painful.”

Sadovská, however, does not believe that the state will achieve significantly more belt-tightening or more effective drawing of European Union funds.

“It will not be any surprise if this year’s deficit approaches the 6-percent level,” said Sadovská.

Greece's gigantic problems with public finances have been closely watched recently and the media cannot avoid asking the question: is there such a threat for Slovakia?

“If slow economic growth continues and unemployment is not pushed down, along with cuts to the state administration costs, this could lead to the long-term creation of high deficits, which could considerably damage the trust of investors,” said Ďurana. He suggests that serious problems might emerge if no action is taken within 4-5 years.

There are, however, no parameters to determine when a country will go bust, Ďurana said. But he added that the supply of money from foreign investors could dry up if they view Slovakia’s public finances as too risky and thus lose interest in buying the country’s debt.