CONVENTION tourism is one of the most lucrative segments in tourism and Slovakia, and especially its capital, is now claiming a stake in this important market. Even though Bratislava cannot yet be compared with top destinations for this kind of tourism, such as Vienna, Paris and, in recent years, Prague and Budapest, the situation is improving as new hotels open and services improve. Slovakia is also hoping to benefit from its position as a ‘new’ destination for business travel. 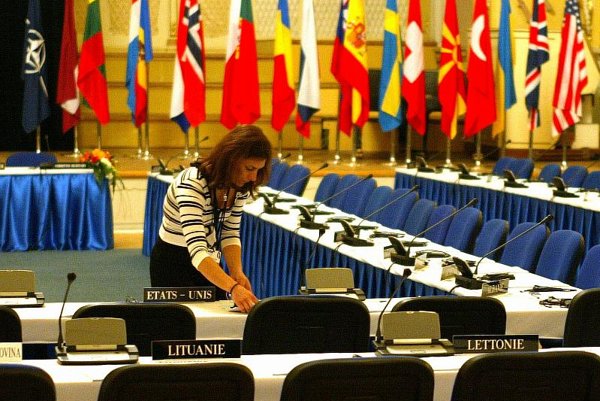 CONVENTION tourism is one of the most lucrative segments in tourism and Slovakia, and especially its capital, is now claiming a stake in this important market. Even though Bratislava cannot yet be compared with top destinations for this kind of tourism, such as Vienna, Paris and, in recent years, Prague and Budapest, the situation is improving as new hotels open and services improve. Slovakia is also hoping to benefit from its position as a ‘new’ destination for business travel.

Bratislava still lacks a large congress centre able to house events of 1,000 or more participants and does not have its own convention bureau focusing on attracting MICE (meetings, incentives, conventions and exhibitions) events. However, the Slovakia Tourist Board (SACR) in September 2009 launched a department of convention tourism, a special unit devoted to this profitable segment of tourism. Experts expect it to help promote Slovakia and its capital as a MICE destination abroad.

“Convention tourism is among the most lucrative forms of tourism,” Jaroslava Čujková from SACR’s convention tourism department told The Slovak Spectator. “This is a segment on which all countries with developed tourist industries place special importance and in which they compete strongly.”

Convention tourism as part of MICE tourism can be very profitable, said Čujková. She cited data from IPK International, according to which Europeans spend €455 on average for each business trip to Slovakia. This accounts for spending of €91 per night.

According to her, Slovakia already enjoys a reputation as a highly attractive investment destination, and can offer similar benefits to the business travel clientele. These include – along with its superb location, good transport connections, extensive convention and incentive premises and hotels – interesting premises for holding accompanying events, such as castles, manor houses and historical buildings, and its use of the euro.

The goal of the new department at SACR is to carry out marketing activities to promote Slovakia as a convention tourism destination, create a system to present and promote Slovakia, and to support events and promotion of existing convention tourism products. To fulfil these goals, SACR cooperates with professional associations active in tourism, for example the Slovak Association of Travel Agencies (SACKA) and the Association of Hotels and Restaurants of Slovakia (ZHR).

Both these organisations welcome the creation of the new department and hope that it will help to promote Slovakia as a convention tourism destination.

“We hope that its activities will help the development of convention and incentive tourism,” Stanislav Macko, the first vice-president of SACKA, told The Slovak Spectator. “The presentation of Slovakia as a destination for congress and incentive tourism via SACR activities can be a good base for making Slovakia visible in this segment. Nowadays we have enough hotels with modern congress centres, equipped with the most modern facilities.”

Pavol Kašuba, secretary general of the ZHR agrees, pointing to the large number of new hotels being opened.

“Hotel capacities in Bratislava are becoming quite sufficient,” Kašuba told The Slovak Spectator. “During the recent period new hotel rooms have been added in the four- and five-star hotel segment.”

But according to Kašuba, interest in holding MICE events has decreased as a consequence of the global financial and economic crisis. He sees this as a natural development, since companies have significantly curbed their budgets for holding such events. Events are becoming shorter, services required are reduced, accommodation is being moved into hotels of lower categories and in-person conferences are being replaced by tele-conferences.

“As a result of the crisis most congress facilities have changed their pricing policies,” said Čujková. “They have realised that it is necessary to fight for each customer and started to provide packages of services linked to various benefits.”

Experts believe that after the economic recovery, the number of clients will increase again and that it is necessary to be prepared to win them.

“We are convinced that when the consequences of the crisis are over, Slovakia will be able to offer its convention services to the most demanding clientele because by the arrival of important hotel chains, for example Starwood and its Sheraton hotel, Kempinski, Austria Trend Hotel, and Falkensteiner, the infrastructure for this kind of service has improved significantly,” said Čujková.

The absence of a large convention centre able to host events with over 1,000 participants is often listed as one thing which Bratislava still lacks. But according to Macko, other large premises, even if they were not constructed primarily as convention centres, can serve the same purpose.

“Hall C of the Incheba fair premises, which is able to hold over 3,000 participants, as well as the National Tennis Centre, can be used for convention events, even though they have not been designed for such a purpose,” he said.

What he says is missing is better promotion of the capital.

“Bratislava, by its importance and as the capital of Slovakia with an excellent position in the heart of Europe, deserves a well functioning convention bureau, whose priority aim would be to win convention and incentive tourism events from abroad for Bratislava and Slovakia,” he said.

“We do not want to compare with Vienna, Budapest, or Prague,” he said. “Each city has its own specific characteristics. We want to use and highlight those of Bratislava. Among these metropolises Bratislava is interesting because of its size. It is predestined for smaller events, so we should focus on them.”

Both Macko and Kašuba are calling for better and more intensive promotion of Slovakia as a MICE destination and say they have high hopes for the new department at SACR.

According to Čujková, SACR, through its new department, has been participating in top fairs and exhibitions specialising in the MICE segment. At the end of 2009, SACR presented Slovakia as a convention destination at the BTC fair in Rome, the B2B (business to business) fair WTM in London, the EIBTM fair in Barcelona, as well as at ACTB in Vienna. In January SACR, as a member of ANTOR [Association of National Tourist Office Representatives], presented options for MICE tourism in Slovakia to Russian tour operators and travel agencies. In late May SACR will promote Slovakia at the IMEX fair in Frankfurt, which focuses on the MICE segment.

“Slovakia cannot be absent at MICE fairs, regardless of where they are organised,” said Macko. “Getting into the limelight is a question of some years. We should be more active in this direction.”