Western SLOVAKIABratislava EXHIBITION: THE DANUBIANA Meulensteen Art Museum in Čunovo near Bratislava is showing paintings by Spanish Modernist Antoni Clavé, who was active in France and whose work matured in the atmosphere of the Ecole de Paris and under Picasso’s influence. 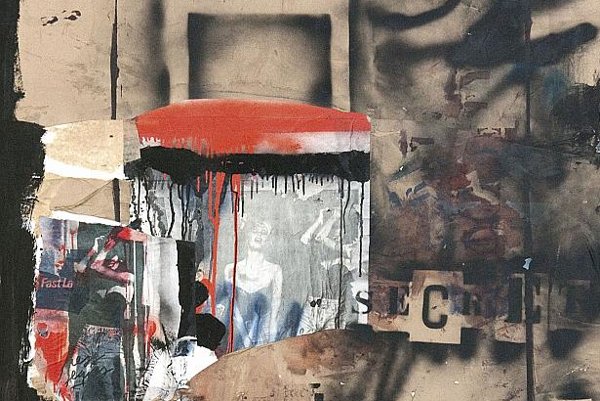 Bratislava EXHIBITION: THE DANUBIANA Meulensteen Art Museum in Čunovo near Bratislava is showing paintings by Spanish Modernist Antoni Clavé, who was active in France and whose work matured in the atmosphere of the Ecole de Paris and under Picasso’s influence.

Clavé became successful through his illustrations and designs of cinema posters. Later, he became more devoted to traditional painting. The first floor of the gallery is also exhibiting Slovak artist Miroslav Cipár. Clavé’s works can be seen Tue-Sun from 10:00 to 18:00 until June 13, for an admission fee of €2-€4. For more info, call 02/6252-8501(2) or see www.danubiana.eu.

Bratislava
LIVE MUSIC: Uriah Heep – After a long absence, this legendary British hard-rock band returns to Slovakia along with an opening act by the Slovak Old School Band.
Starts: May 5, 20:00. Majestic Music Club (formerly Babylon), Karpatská 2. Admission: €33 for standing room, €49.90 for seats, and €69.99 for VIP tickets, including an after-party. Tel: 02/5293-3323; www.ticketportal.sk.

Pezinok
GREGORIAN CHANT: AD UNA CORDA – The International Festival of Church Music offers in its 8th year, among other ensembles, the Schola Gregoriana Pragensis from the Czech Republic with its performance of Codex Franus. The festival lasts until May 9 in several venues.
Starts: May 7, 19:00. Transfiguration Church (lower church). Admission: voluntary. Tel: 0905/213-775; www. adunacorda.sk.

Vráble
GOSPEL ROCK: Gospel Saturday – The Festival of Christian Rock Bands is holding its third edition and this year it brings, apart from the local MADE iN band, the headliner group The Elements as well as Úzka cesta.
Starts: May 8, 18:30. Cinema Tatra. Admission: voluntary. Contact: www.gospelsaturday. estranky.sk.

Žilina
BODYBUILDING: Mozolani Classic – The international cup competition in bodybuilding for men and body-fitness for women is timed one week before the European Championship and all the contestants should be in top form, including Kai Green, the winner of the Arnold Classic.
Starts: May 9, 15:30. Holiday Inn, Športová 2. Admission: €9 to €35 (VIP ticket including reception and snacks). Tel: 02/5293-3321; www.ticketportal.sk.

Rimavská Sobota
LIVE JAZZ: After two years, the Chris Byars jazz quartet from New York returns to Slovakia, playing in four towns and cities (Žilina, Banská Bystrica, Rimavská Sobota and Košice) at the beginning of May, with support from the US embassy.
Starts: May 6, 17:00. House of Culture, Š. M. Daxner Square. The concert is a charity event. Admission: voluntary. Tel: 02/5922 3354.

Košice
CONCERT: DOM Umenia (House of Art) in Košice on May 9 will host an interesting and unusual musical art form – a cappella – by the musical group Fragile, comprised of eight well-known personalities famous for their individual talents in TV, musicals and theatre. The eight performers will interpret famous rock, pop, and jazz hits by renowned world artists, spiced up with the group’s own brand of humour. For more info, call: 055/6220-763 or 0905/464-636 or see www.sfk.sk, www.fragile.sk. Photo: Ivan Čaniga,

Poprad
BALLET: Swan Lake/Labutie Jazero – The Russian National Ballet, with up to 80 artists coming mainly from the Bolshoi Theatre in Moscow and the Kirov Ballet in St. Petersburg will perform this classic ballet.
Starts: May 6, 19:00. Poprad Aréna, Uherova 4680. Admission: €10-€49. Tel: 052/7849-510; www.arenapoprad.sk, www.ticketportal.sk.