SLOVAKIA, along with Poland, should top the ranking of economic growth within the European Union this year, according to the Spring Forecast 2010-11 published by the European Commission on May 5. 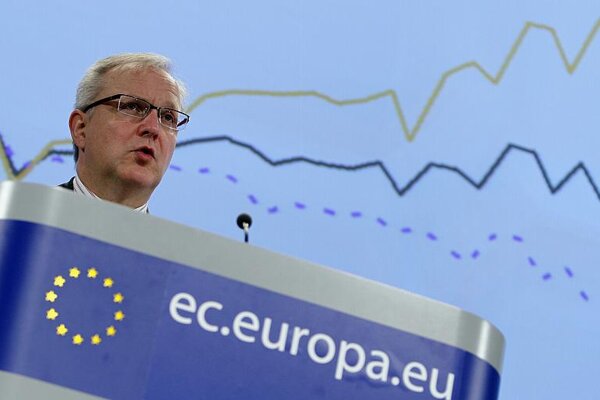 SLOVAKIA, along with Poland, should top the ranking of economic growth within the European Union this year, according to the Spring Forecast 2010-11 published by the European Commission on May 5.

“The economic recovery is underway in the EU, although it is set to be a gradual one,” the EC states in the report, with a note that the actual level of recovery is forecast to vary considerably across the union.

GDP growth is expected to average about 1 percent across the EU in 2010, with Slovakia and Poland growing fastest, with GDP projected to increase by 2.7 percent.

The forecast for 2011 is even more optimistic, 3.6 percent, placing Slovakia second within the EU, following Estonia’s projected growth of 3.8 percent.

“While positive, these figures are much lower than those during the boom phase,” reads the chapter of the report devoted to Slovakia, entitled “Moderate growth ahead”, adding that the recovery is being fuelled by rising demand for Slovakia’s exports and gradual rebuilding of domestic inventories.

Despite the projected growth and the government’s anti-crisis measures targeted at the labour market, Slovakia’s unemployment rate increased to 12 percent in 2009 and the EC expects that overall employment will fall further throughout 2010, causing a peak in the unemployment rate at 14 percent this year and then slight recovery in 2011 to a level of about 13 percent.

“Persistent structural problems in the labour market, such as professional-skill mismatches … could slow down the adjustment,” the EC wrote in the report.

“This forecast is, however, subject to risks,” the report states. “In particular, spending pressure may intensify ahead of and after the general elections in June 2010, and the projected balanced fiscal position of local governments seems optimistic in view of the impact of the crisis on the revenues of these entities.”

European Commissioner Olli Rehn noted that it is very important for Slovakia to increase its efforts towards fiscal consolidation after the elections.

“It would be good if that happened as soon as possible after the elections,” Rehn said, as quoted by the Sme daily. “That’ll be one of the main challenges for the new cabinet.”

Meanwhile, Finance Minister Ján Počiatek said lowering the deficit from 6.8 percent of GDP in 2009 to 5.5 percent in 2010 is a challenge but that the government is determined to meet its goal – despite the EC forecast that the state deficit would be 6.0 percent this year.

“I look at those estimates with some respect and take them into consideration, but we have a task to do, namely, to keep it at 5.5 percent this year. We’ll do our utmost to have the deficit at 5.5 percent and not at 6 percent,” Počiatek said, as quoted by the TASR newswire.

Počiatek claimed that the higher deficit figures this year are also due to a need to cover losses sustained by the state social insurer, Sociálna Poisťovňa, which he claimed were caused by the private second pension pillar.

“It should originally have been covered from the state financial assets until the end of 2010, but since the second pension pillar was parametrically set wrong in the reform, the finances were drawn earlier and today the state budget must bear it,” Počiatek said, as quoted by TASR.