SLOVAKIA has been hard on the heels of the rest of the world when it comes to outsourcing, and IT outsourcing is no exception. Companies in Slovakia are adopting models successfully implemented abroad, while outsourcing of specific segments of IT has started to occur here as well. This is because subsidiaries are gradually taking over the business models of their parent companies, which are often global or international companies. The financial and economic crisis has highlighted even more the cost-saving aspects of IT outsourcing while rising demands on the knowledge of IT experts is another incentive to search for IT services outside a company. 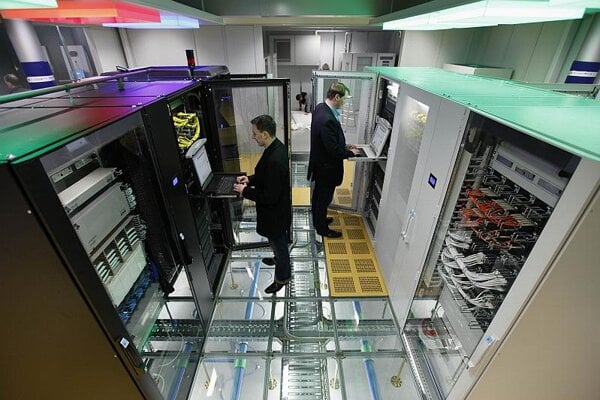 IT outsourcing is a way to get access to highly-qualified personnel with global experience. (Source: Reuters)
Font size:A-|A+

SLOVAKIA has been hard on the heels of the rest of the world when it comes to outsourcing, and IT outsourcing is no exception. Companies in Slovakia are adopting models successfully implemented abroad, while outsourcing of specific segments of IT has started to occur here as well. This is because subsidiaries are gradually taking over the business models of their parent companies, which are often global or international companies. The financial and economic crisis has highlighted even more the cost-saving aspects of IT outsourcing while rising demands on the knowledge of IT experts is another incentive to search for IT services outside a company.

“IT outsourcing trends [in Slovakia] actually copy global trends, only with a certain delay,” Miloš Molnár, the manager of the performance and technologies department at KPMG in Slovakia told The Slovak Spectator. “Companies, either as customers or as providers of services, de facto take over globally tested models, ways of outsourcing or even partners, especially in cases where partners in global concerns change.”

Miroslav Karpaty, senior consultant of ERS at Deloitte Slovensko, sees outsourcing of IT services as developing in a favourable way in Slovakia.

“This is especially because of planned savings in resources, reduction of costs in the operation and securing of IT services as well as making the internal processes of companies more effective,” Karpaty told The Slovak Spectator. “Outsourcing of companies’ infrastructures, provision of technical support and call centres prevail over the current IT outsourcing trends in Slovakia.”

From the global point of view, according to Karpaty, Slovakia is assuming the role of an IT services provider, especially in the sphere of technical support, and as an offshore provider, i.e. a country with sufficient potential and a cheap labour force in the IT segment, which provides outsourcing to countries with what he called incomparably higher operating costs for IT services.

“It is expected that the trend of IT services outsourcing will increase for the next five years at least,” said Karpaty.

This increased interest in IT outsourcing is encouraging the growth of IT outsourcing providers, and growing competition is increasing the standard of the services provided, according to Karpaty.

According to Lukáš Neduchal, senior manager of the IT risk and assurance department at Ernst and Young in Slovakia, outsourcing of specific parts of IT has also begun, for example complete system operation, data centre operation and, recently, IT security.

“IT outsourcing is a very broad segment and a significant increase is expected in terms of the new technologies and services on offer,” he said, specifying services such as Software as a Service, Platform as a Service, and Infrastructure as a Service.

With regards to IT outsourcing and its new forms (virtualisation and cloud computing) and the resources used, Neduchal said that it is already difficult to specify the place of operation or supply of the service.

“Most companies with a foreign parent company already have their whole IT outsourced to foreign data centres,” he said. “But also here it is possible to see great progress in Slovakia – especially with regards to new data centres emerging and the related offer of local outsourcing services. A whole range of global players operates on the IT outsourcing field in Slovakia and local companies are using this potential.”

Molnár confirmed an increase in the interest of companies in outsourcing services related to IT. He said the growth in interest started some time ago, but the financial crisis stalled strategic decisions, among which transition to IT outsourcing can certainly be included, for about one to one-and-a-half years.

“The first is the pressure on effectiveness and reduction of costs,” he told The Slovak Spectator. “As long as companies grew by 20 percent or more annually, they did not care very much about costs. It was enough that they did not rise as fast as revenues. Analogous to this incentive is also the effort to extract more quality and quantity with the same costs.”

The second motivation is increasing demands on human resources and know-how.

“Information technologies are going forward very dynamically,” said Molnár, “not only with regards to their efficiency, but also with regards to the heterogeneity of technologies. This leads to higher and higher specialisation. Now it is not enough to have administrators of operational system of databases and applications. You need also experts for virtualisation, cloud computing, network technologies of the most variable types, security experts, process specialists and so on.”

It is expensive to keep such know-how stored in employees, as the movement of such specialists between employers grows in proportion to their know-how. Even though the crisis has improved labour market stability, for companies and organisations it is more and more difficult to have sufficient human resources for provision of such services. For some, for instance state administration, almost the only way to have at disposal the services of a top technician or expert in modern technology, is to rent his or her services on the market, said Molnár.

According to Molnár, an interesting trend is standardisation in the segment of IT services. Molnár said that again this is a trend taken from more developed countries.

“Some activities are leading to standardisation of IT services in the form of a Slovak technical norm, or at least Slovak translation of basic practices [in the form] of the Information Technology Infrastructure Library (ITIL).”

Among the main advantages of IT outsourcing, specialists list cost reduction and delivery of ordered services by an experienced supplier specialised in these services and with a professionally trained staff.

Molnár and Karpaty listed among the disadvantages of IT outsourcing reduced management control over IT and an increase in dependence on service providers.

Karpaty added that communication problems between purchaser and supplier can also mean that the services provided do not always align with the needs of the customer.

View from the IT sector

“The share of IT outsourcing among the total volume of services is still significantly lower in Slovakia than abroad,” Gustáv Budinský, the executive manager of the IT Association of Slovakia (ITAS), told The Slovak Spectator, adding that IT outsourcing in the state administration remains low compared, for example, to the UK, where long-term contracts worth billions of euros exist.

It is impossible to say how many companies in Slovakia provide IT outsourcing.

“There really are a lot of small providers of various kinds of individual services, but in terms of large players with established infrastructure, processes and financial backgrounds that allow provision of sophisticated services for large clients, then we can talk about [a limited number of] providers, mostly subsidiaries of foreign companies, for example HP, Siemens, IBM, but also local companies such as Soitron, DATALAN, PoSam, Tempest and others.”

With regards to the change in the attitude of companies outsourcing their IT, Budinský confirmed that many companies are owned by foreign investors or are part of international companies, and that decisions about potential outsourcing are adopted outside Slovakia and so the crisis has not changed the situation in Slovakia in a significant way.