MAY came to Bratislava with the jolly and melodic tones from James Carter’s saxophone. It took him a couple of years to make his way back to Slovakia, but together with his quintet he made sure the audience could sigh in high appreciation: ‘It was worth the wait’. 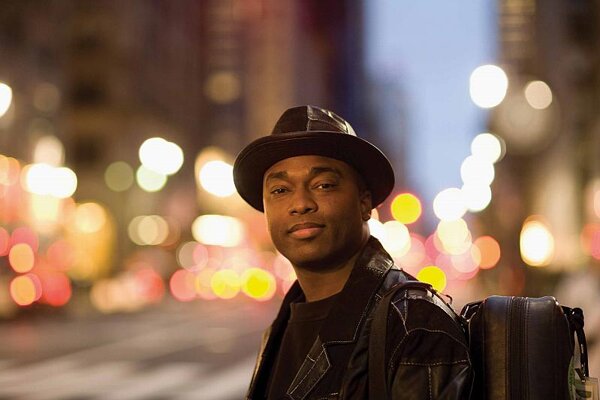 James Carter, visting Bratislava for a third time, gigged at SRO's Studio 1. (Source: Courtesy of the US Embassy)
Font size:A-|A+0

MAY came to Bratislava with the jolly and melodic tones from James Carter’s saxophone. It took him a couple of years to make his way back to Slovakia, but together with his quintet he made sure the audience could sigh in high appreciation: ‘It was worth the wait’.

Carter is the second world-famous saxophonist to perform in Bratislava this year, after Jan Garbarek, the Norwegian gentleman, performed in Slovakia’s capital in early spring. But unlike Garbarek, Carter, a dazzling saxophone and flute virtuoso, had already performed in Bratislava. In 2000 he played at the Bratislava Jazz Days festival with the Electric Groove Band and then two years ago performed on Slovak Television’s music programme Metro.

Carter returned to Bratislava on May 2, this time to Studio 1 of Slovak Radio’s inverted pyramid building. The James Carter Quintet, composed of Corey Wilkes on trumpet, pianist Gerard Gibbs, Ralphe Armstrong on bass and Leonard King on drums, came across as a wave of non-stop energy.

“Sunday is not the best day for playing, but since the volcano stopped belching ashes from Iceland, we’ll give it a try on the stage,” Carter told the Sme daily a few days before the concert. After he appeared on the stage of Studio 1 he quickly dispelled any doubts about Sunday being the appropriate day for his gig. The group of five looked surprisingly disparate on stage: Carter, wearing a cosy red-and-black jogging suit, looked like he was about to give a rap session; while Leonard King behind the drums, with his down-to-the-waist dreadlocks and ever-present smile, was at some moments a perfect twin of Bob Marley. Corey Wilkes – in a dark jacket – was the only performer who looked like what one expects from a jazzman.

But the disparate appearances did no harm to the music that fluidly filled the room with energetic explosions of tones produced by the skilful hands of the instrumentalists. The sax led the way in all of the tunes, sometimes melodic and soft, sometimes in a quick staccato, sometimes just spiking the song with the cries of an elephant calling to its mates. Towards the end of the concert the performers and their instruments tuned to a blue note and bade good night to the audience – who in one voice surely concurred with Down Beat and Jazz Times which called Carter the best baritone saxophonist and “one of the most adventurous, visionary young reed players” and “one of the most exciting young virtuosos in contemporary music”.

Carter is a consistent winner or runner-up in Down Beat polls. Most recently he placed number one as baritone saxophonist and at number nine playing tenor in the magazine’s Readers Poll while the Critics Poll ranked him number two on baritone and number ten on tenor.

The concert also offered a taste of local jazz. The stage, and the audience as well, were warmed up by local jazzmen whose names ring a bell among enthusiasts far beyond Slovakia’s borders and who rightfully deserve the attribute of the ‘creme de la creme’ of current Slovak jazz: the Martin Valihora Trio, comprised of bassist Štefan Bartuš, pianist Ondrej Krajňák and led by drummer Martin Valihora, with a special guest, Radovan Tariška, on alto saxophone.